After a victory of the national team of Bosnia and Herzegovina against Lithuania, two Bosnian football fans were detained for attempting to enter the field. Part of the Kaunas stadium has been vandalized.
Source: BNS 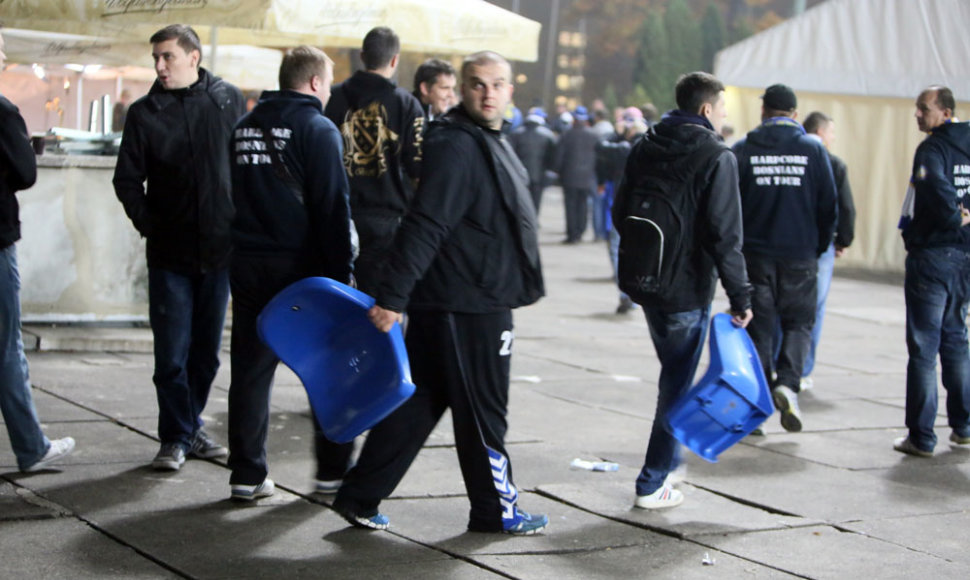 After the match on Tuesday evening, two Bosnian fans attempted to break the security ranks and enter the stadium but were detained by the police and taken to the nearest police station. They now face penalties for disobeying the police.

The police say an investigation has been opened into the circumstances of the damage caused to the stadium inventories.

Although the Bosnian football fans continued celebrations of their victory throughout the night, no violations of the law were reported. The authorities said the fans were responsive to police instructions.

On Tuesday evening, the Lithuanian football team lost 0:1 (0:0) to the national team of Bosnia and Herzegovina, which qualified for the 2014 world championship for the first time in the country's history.