International experts on corruption in Lithuania: Corrupt politicians give little thought to how they will look their grandchildren in the eye

Experts on fighting corruption advise against lending too much prominence to surveys which ask people to give their subjective perceptions on corruption. More reliable are surveys where respondents share their actual experiences. Transparency International Corruption Perception Index, published this Tuesday, indicates that Lithuanians encounter bribery more often than any other nation in the European Union. 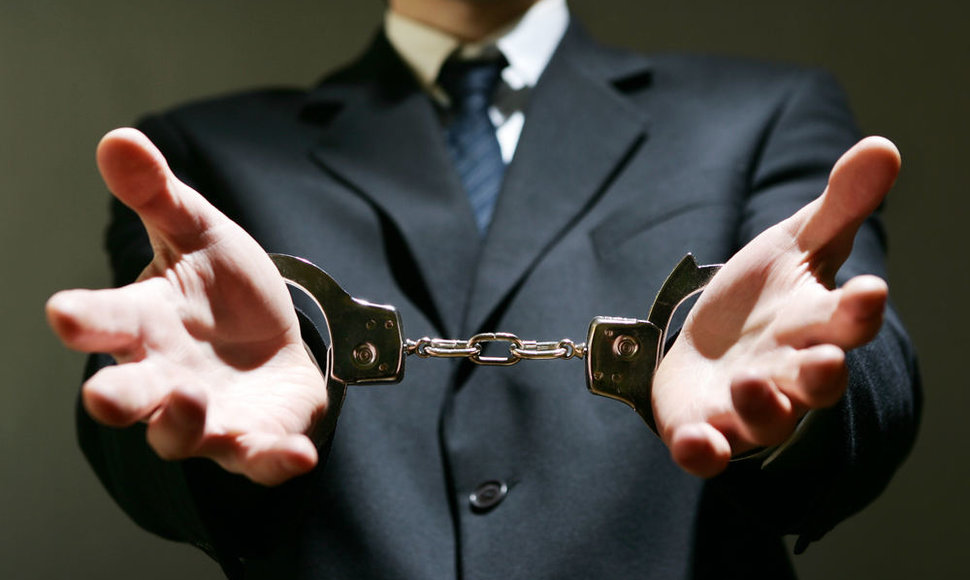 According to experts, though, people's impressions of the extent of corruption in any given country can be inaccurate, yet their experiences do give a reliable indication of the state of affairs. Moreover, fighting corruption can be truly challenging in countries where governments and societies have little interest in dismantling long-standing structures of dependencies. There is little doubt, experts say, that tolerance for shady dealings will go down with time and corrupt officials of today will blush with shame explaining themselves to generations of the future.

The international corruption survey, published on Tuesday, shows that Lithuania is number one in the EU in terms of bribery. Every fourth respondent admits to having given a bribe, two thirds believe that state institutions primarily cater to interests of big business groups. Lithuania is followed by Greece and Latvia.

15min speaks to two reputable experts on fighting corruption, one from Norway and the other from Russia. Though there could hardly be two countries more different in terms of corruption, both experts concur when it comes to the situation in Lithuania.

“People's perceptions are very subjective and often unrelated to their personal experience. Someone hears a story from a lady next door about how some official's daughter is driving a Ferrari and jumps to their own conclusions, without much analysing where the car might come from and how reliable the information is. Corruption perception is closely related to general trust in the authorities, the media, transformations that the country is undergoing. Clearly, Lithuanians see many problems there,” Elena Panfilova, director of Transparency International Russia, comments on corruption perception studies.

According to her, ordinary people have few encounters with politicians and courts in their daily lives, but most think that these institutions are highly corrupt. Citizens have more contact with healthcare, education, and law enforcement institutions and, experiencing instances of corruption there, they make generalizations about the entire state.

“We might be greatly misled, if we trusted people's opinions alone. If the media runs a big corruption story, people start thinking that it is an all-pervasive problem. While it is just as likely that unveiling such cases attests to good job done by law enforcement and the media,” says corruption expert from Norway Jesper Johnson.

He notes that the situation in Lithuania is improving, albeit rather slowly. “The state cannot pull itself out of the corruption swamp by the hair, like Baron Münchhausen. When people feel they can take cases of corruption to law enforcement institutions and their claims will be efficiently dealt with, then the situation will start to get better. Corruption is no longer a systematic problem in Lithuania. It used to be. Almost all sectors of the state were corrupt. Now, Lithuania has entered the stage of administrative corruption. This stage will last for quite some time, but corruption should be going down. There are no corruption-free countries. In some places, though, it amounts to individual cases of officials' greed that get punished, because there's zero tolerance for such crimes. So far, Lithuania has reached the stage of classical administrative corruption, where many officials do not miss a chance to get rich, but do realize it is wrong,” Panfilova says.

So far, Lithuania has reached the stage of classical administrative corruption, where many officials do not miss a chance to get rich, but do realize it is wrong.

Johnson believes that, when it comes to corruption in politics, there is a risk that state officials will be reluctant to fight it. Society's tolerance for misconduct becomes an impediment. Everyone knows that corruption is wrong, yet when things get tougher, they'd rather pay a bribe, justifying themselves that, in the universal context, it will not make much difference.

“Fighting corruption starts with basic principles: reducing public servants' power of discretion, making the system more transparent, monitoring individuals' wealth and income. But how do you build such a system when there is neither public consent for it nor political will? This is where positions of other countries and the business community come into play,” he says.

According to the Russian expert, all countries go through similar stages of fighting corruption. “The situation will normalize once people begin shunning corrupt businessmen, officials, and politicians. When there is more shame in corruption crimes. When punishment for them is unavoidable and the media reports objectively on the situation. That is also a form of punishment – when your grandchildren find a story online about how their grandfather was involved in corrupt schemes.”

Panfilova thinks that people who came of age amidst universal shortage of goods find it hard to believe that one can get something for free – simply because one is entitled to it. “Corruption is a complex social phenomenon where people's past, present, and future overlap. When someone has been giving bribes for two thirds of their life, changing conduct is very difficult,” she says.

Johnson concurs: “Change takes time. Denmark was also a highly corrupt country one hundred years ago and today, corruption there stands below one percent. At the moment, the biggest progress is observed in South Korea. But it took a change of generation for that to happen.”

He believes that the public sector must be accountable to the society and its representatives. However, independent institutional inspections are carried out very rarely. In order to do the evaluations properly, there must be a prior agreement on the criteria. Officials, supervisory institutions, and the society must know the goals.