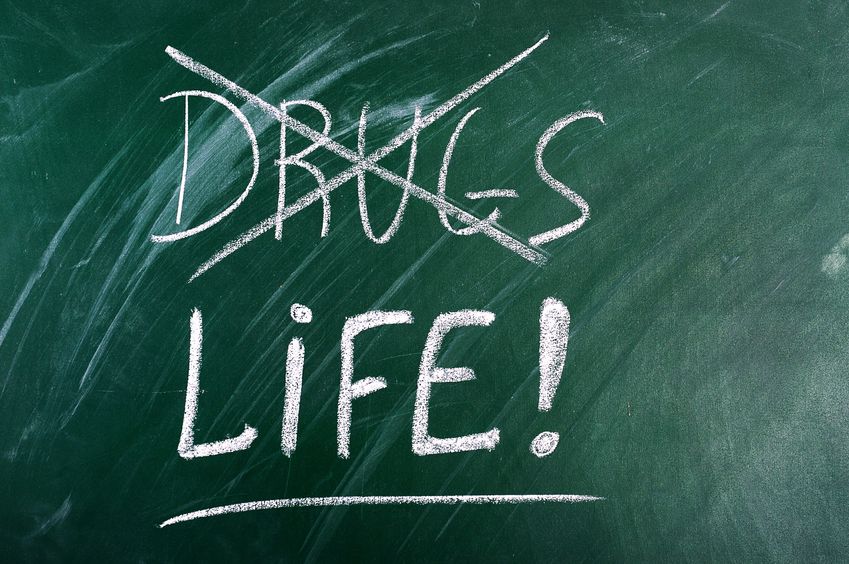 123rf.com nuotr. / .
By: Jonas Grinevičius
Source: 15min
The International Harm Reduction Conference continued on Tuesday with the same enthusiasm as for the past two days. Tuesday’s presentations focused on the dual problems of financial support and human rights violations. Drug users are known to be deprived of some of their rights, while harm reduction programmes, meant to improve the addicts’ quality of life, are underfunded.

The morning began with a group of human rights activists protesting the Russian Parliament’s decision to review a law prohibiting the spread of information on homosexuality. The protestors were concerned about potential censorship and discrimination. The views they shared fit in nicely with the major themes of the conference, specifically the promotion of equality and unhindered pursuit of happiness for every human being.

David Wilson, a representative of the World Bank, followed on, by discussing a very realistic aspect of harm reduction: the presence of huge funding gaps in harm reduction initiatives. Interventions, such as NSP (needle and syringe programme), OST (opioid substitution treatment) and ART (antiretroviral therapy) available worldwide to a very low number of drug users: 10%, 8% and 15% respectively.

Considering that combining all three of these intervention programmes would yield the best results, it is unclear why national governments are unwilling to recognize that they do, in fact, work. In terms of the return of investment, it has been calculated that positive returns, ranging from 1.1 USD to 8 USD per dollar invested, are possible in all regions of the world.

Wilson cites the Australian example, where 243 million AUD that were invested into harm reduction programmes yielded a return of 1.28 billion AUD, or a total return of 5.85 billion AUD, if patient-client cost savings and productivity gains are taken into account. Thus, funding a system aimed at policing and detaining drug users is argued to be more financially draining and alienating than the alternative.

The grim situations in Greece and Turkey are indications of how there is a need to "change the nature of capitalism, or build something fundamentally new"

What is further stressed by Wilson is that the social benefits alone, resulting from treating drug users, are enough to exceed costs. Furthermore, the consequences of drug user treatment are advantageous not only for the addicts themselves, but also for society as a whole.

The problem is that, as Wilson states, “out of the 2.3 billion [USD] needed for harm reduction, only 22% is now available.” Since 92% of funding comes from private donors, it is apparent that national government support is very limited. Clearly, evidence of high inaction costs regarding treatment and the financial bonuses of harm reduction programmes, when contrasted with the current system, are not enough to garner larger political support.

Daniel Wolfe illustrates that the issue is not simply about the amount of money in the coffer: it is far more important to understand, how to use the fund available in the most efficient manner. Wolfe notes that, because national governments might not care about marginalized populations, they do not evaluate the negative impact of cutting investment in harm reduction programmes, e.g. in Romania and Greece.

Austerity does not lead to acts of courage and in the wake of the recent financial crisis, the ones to lose funding are those who never had enough of it in the first place: drug users, NGOs responsible for treatment programmes. Wolfe implies how it is inhumane to sacrifice the welfare of marginalized groups of people for the sake of economic efficiency. A member of the audience added that closing down treatment centers for the sake of saving miniscule amounts of money is “disgusting.”

Raminta Stuikytė reiterates the notion that harm reduction is known to work and the necessity to fill the funding gap. She mentions the possibility of getting financial support from municipalities, as well as from governments. Another question raised is why there is a lack of smart saving: governments opt for buying expensive patented antiviral medicine, rather than cheaper generic brands. Stuikytė says there needs to be more coordination and a revaluation of the assumption that “expensive is better.”

Members of the audience joined into the debate, drawing attention to some further problems, such as: slow cash flows from governments to treatments centers; the lack of tools that might be used to measure the actual financial costs of criminalizing drug users; corruption among law enforcement agencies.

One man expanded his commentary to one about the international political system as a whole. According to him, it is not just drug users who are fighting to have access to financial support: the grim situations in Greece and Turkey are indications of how there is a need to “change the nature of capitalism, or build something fundamentally new,” he continued. The underlying notion, in the man’s opinion, is that money is valued more than life.

The next session of the conference focused on human rights violations, who has to be held responsible for inequality, and what needs to change.

A video presentation showed a drug addict in Vilnius talking about his experiences: he was a victim of police brutality, illegal interrogations, and threats to his life. The addict detailed the horrors of heroin withdrawal without access to methadone and mentioned how suicide becomes an option to end the pain.

The panelists drew attention to the fact that human rights are prioritized by the International Harm Reduction Conference and enumerated some of them: drug user equality, healthcare access, privacy, access to work and education, non-discrimination.

Dainius Pūras, the head of the Child Development Center in Lithuania, has remarked that there is a dissonance between what liberal democracies claim and the reality of the situation. Groups of people are being marginalized, there is stagnation in the protection of human rights, vulnerable people are forgotten and ignored. He says that there is a need for unity and better understanding between drug users and non-users: those lacking rights aren‘t capable of fighting for their freedom alone.

Alexey Kurmanaevsky, a member of the Eurasian Network of People Who Use Drugs (ENPUD), mentions how human rights allow people to develop, by providing the most secure way to live and avoid the use of drugs. He talks about how depriving drug users of their rights leads to losing feelings of self-esteem and self-respect: the question becomes one of maintaining the dignity of addicts, when dealing with them.

Testimonials from the audience were dramatic. One man described how, in Georgia, it was possible for anyone to be dragged from the street and be forced to have HIV tests done to them in laboratories.

A woman from the Kaliningrad area of Russia disclosed how she became isolated from her local community after starting to use drugs; she also spoke about the difficulties in receiving healthcare.

Another man, a Lithuanian drug user, has highlighted how limiting access to treatment for drug users is not the way to solve anything. With tears streaming across his face, he recounts how he came close to hanging himself in prison, when he was denied any medicine to take the edge off his withdrawal symptoms.

Agnieszka Sieniawska-Bogumil of the Polish Drug Policy Network accentuates the need to change drug policies and laws, so as not to ostracize drug users and other vulnerable groups. She demonstrates how ombudsmen are necessary to note human rights violations and, with the help of the European Court of Justice, how they may protect the freedom of groups that are discriminated against.

Harm reduction programmes work. They are more cost efficient than the current system of criminalization and provide greater social benefits: reintegrating drug users back into society can only be done with adequate finances and alterations to laws denying addicts options that may improve their health.

Everyone should be able to exercise their rights; the stigma attached to drug addiction prevents a mutual understanding between users and non-users. If improving society is the end goal, why is there not enough support for what can help?