Lithuanian border guards have apprehended a large shipment of smuggled tobacco, a minivan and four Lithuanians in Šalčininkai, southeastern Lithuania. Warning shots were fired to bust the men and with the help of a police dog, the State Border Guard Service informs.
Source: BNS 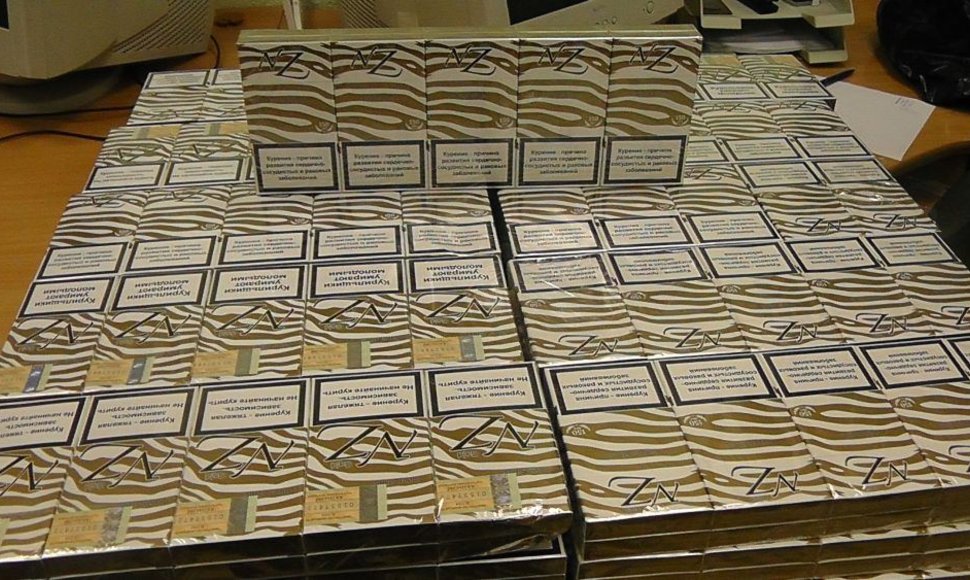 The parked minivan Volkswagen LT 28 and a group of people were noticed next to the border in early hours of Sunday, with people carrying boxes and loading them on a nearby automobile.

After noticing the approaching border guards, the men dumped the boxes and the minivan before running off in different directions.

The officers fired two warning shots and caught three men – Vilnius and Vilnius district residents aged 19, 23 and 29. A police dog later searched the area and found a fourth suspect – 28-year-old Vilnius resident – in the bushes about two kilometers from the minivan.

It turned out that the shipment contained 103 boxes of Fest and Premjer cigarettes – 51,500 packs of cigarettes with Belorussian excise duty labels.