The Lithuanian Prosecutor General's Office has refused to reopen an investigations into suspicions voiced by non-governmental organizations, alleging that Mustafa al-Hawsani, a citizen of Saudi Arabia who is currently a Guantanamo prisoner, was illegally kept in detention in Lithuania in 2004-2006 in the framework of a secret US program.
Source: BNS 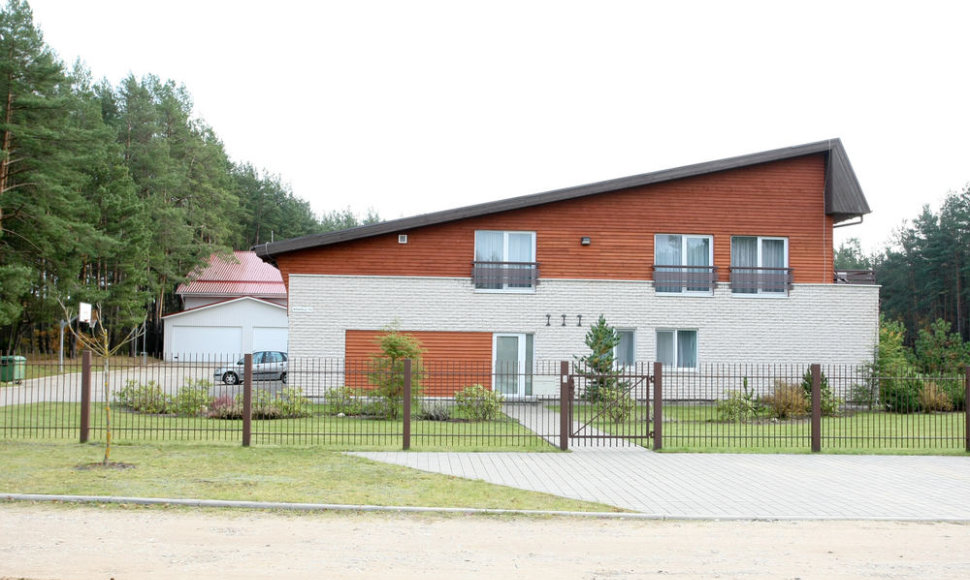 This house in Antaviliai was identified as a facility that might have housed a secret CIA prison in Lithuania / Andriaus Ufarto/BFL nuotr.
Aa A + A - Reset
Report mistake

Prosecutor Antanas Stepučinskas stated that the NGOs failed to provide any factual evidence about possible crimes, adding that earlier statements about a secret CIA detention facility in Lithuania were refuted by an earlier investigation.

"The statements about the keeping of US CIA detainees, including al-Hawsani, in Lithuania have been refuted during a pre-trial investigation," the prosecutor said in a resolution cited by a London-based organization Redress.

A week ago, international non-governmental organizations urged Lithuania to reopen the investigation into alleged detention of suspected terrorists in Lithuania.

Sarah Fulton of organization Redress said it was "highly likely" that the Saudi Arabian citizen al Hawsani, detained in Pakistan in 2003 and now facing death penalty, was kept in detention in Lithuania.

In her words, the man was taken to Guantanamo in September 2003 with at least three other suspects. In March 2004, he was flown to Morocco. According to Fulton, Lithuania was singled out as a further destination having evaluated flight data and presumed movement of other suspects.

In his words, the specified information on flight dates, numbers and routes “should be viewed as proving that a specific airplane flew on a specific route on a specific date, not objective data that the airplane unlawfully brought al-Hawsani (…) into Vilnius or Palanga airport.”

The prosecutor also noted that the 2010 pre-trial investigation "did not produce any data about unlawful bringing of any persons into or out of the Republic of Lithuania on aircrafts linked with the CIA."

"An inspection of the premises allegedly intended for unlawful detention of individuals and other procedural actions established a different function and proved that no persons were kept there illegally," the prosecutor wrote.

Al-Hawsani is the second suspected terrorism who claims to have been detained in Lithuania. Earlier, Palestinian Abu Zubaydah lodged a complaint over his alleged detention in Lithuania. His case has been referred to the European Court of Human Rights.

During a parliamentary investigation in late 2009, two locations were singled out in and near Vilnius where premises might have been equipped for detention of prisoners.

The secret parliamentary probe also showed that CIA-related planes entered Lithuania's airspace in 2003-2006 several times. The investigations did not, however, find any evidence that suspected terrorists were actually brought to Lithuania.

Following the conclusions, prosecutors opened a separate probe, which was closed in January 2011. The prosecutors said it had failed to collect any proof of existence of detention facilities for CIA detainees in and near Vilnius.

Lithuania's former state leaders and security chiefs deny that CIA prisons might have been set up in Lithuania.