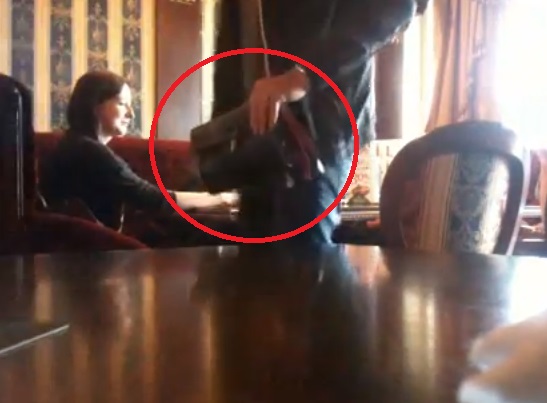 The 2013 Eurovision song contest can only be won with bought votes, allege two Russian-speaking men who, before the final concert on Saturday, were offering Lithuanians money to vote for the entry they work to promote. The two men drove in a white BMW to a meeting with 15min journalists and, five minutes into the conversation, presented a bundle of euro notes to show they meant business. The men were frank: they were doing this in fifteen different countries. And perhaps quite successfully – in Saturday's Eurovision finals, Lithuanian gave 12 points to the country they were promoting.

A student named Juozas gave 15min a tip-off that Lithuanians were being paid to vote for the Russian entry. When our undercover reporters went to meet the buyers, it turned out they were in fact working to promote the Azerbaijani song. On Friday, they were making calls to people they had met near the White Bridge in Vilnius and, in the evening, arranged a meeting to discuss strategy. Two 15min journalists attended the meeting, too.

The men came to the meeting in a café in one of Vilnius' shopping malls in time. During a 10-minute conversation they explained how it worked, how many countries participated in the scheme, and show how they were going to pay.

The following is a transcript of the conversation that involved the two Russian-speaking men (one was named Sergei, the other did not give his name), a student, and two 15min journalists. 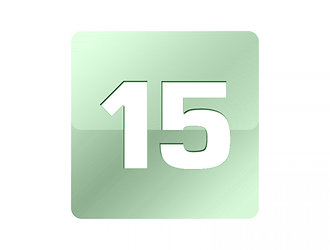 Sergei: The conditions are as follows: we gather groups of ten people each, we'll now be going to your university and then to a street. In a word, if we do it in one place, we will simply overload phone networks and our voting will be blocked. The technology requires multiple groups of ten people. The groups must be at least one kilometer apart. Each of the ten persons in a group must have five phones. Any phones. One phone with their own SIM card – we'll just pay to top up the account – and the other four provided by us. At 10 PM, the entire group must sit in one place where there is a TV set. Last time, one group was staying in the Panorama mall (in Vilnius, where the meeting with the vote buyers took place, - 15min) and they were asked to leave at 11 PM, so this place is not very suitable. You can do it at home. One of our men will stay with the group, to supervise, since we are paying money for this. The voting starts sometime between 11:30 and 12 PM. One group will be staying in our motel, another one in student halls, one more in a café. Think about a place that would suit you.

15min: And how many groups like that are there in total?

Sergei: How many groups have we got? Eight to ten. You are one of our groups. Think of a place.

Second man: The most important thing is that you have a TV set. It's even better in an apartment, since no one will ask you to leave, less trouble. We'll sit together and watch Eurovision.

Sergei: So we meet up, we give you phone cards. I can give them right now, but you're less than ten here. You will need to activate the cards and top up the accounts. We sit, watch telly, see the performances. When the voting starts, it lasts only fifteen minutes. You need to vote 5 to 10 times from each phone.

15min: But according to the rules, you can vote up to 20 times from one phone.

15min: 20 times won't work because it's too expensive or because there's not enough time?

Sergei: Service providers would get suspicious. A network overload. We've done this before, in different countries. That is how the technology works. Otherwise we could have groups of 20 people, give then 10 phones and have them send 20 text messages each. But that would just overload the network and produce no result. Understood? The phone number for voting will be on TV. The phone number is 1479, you will need to text “20”, because that is the number of our performance. The text costs 2 litas (0.7 euro). Once the voting is over, we collect your SIM cards, check how many texts have been sent, and pay everyone individually.

15min: Will you indeed pay?

Sergei: Smell it if you want, touch. I can pay you in litas, if you so prefer (produces a bundle of litas notes).

15min: But we agreed to be paid in euros.

Sergei: Some of your fellows asked for litas. It's the same for us. 10 people per group, 20 euros each, that means 200 euros – you can divide it up among yourselves.

Second man: You will have one of our men among you. Me, for example. And you won't let me go before I pay you, right?

Sergei: We have already invested a lot of money into phones and SIM cards. One hundred people, five cards each, then top them up, 10 litas each. We've already spent 2,000 euros.

15min: But yours is a good song – it could win even without all this.

Sergei: Obviously, it could.

Second man: Well, this is how we support it.

Sergei: All countries that want to win do it. Our people work in Latvia, Estonia. We have the entire Baltics covered, you understand?

15min: What about Belarus and Ukraine?

Sergei: Ukraine, Croatia, Switzerland. We've sent out our people to about fifteen countries.

15min: And everyone votes for money?

Sergei: Of course for money.

Sergei: After all, we paid them what was agreed, they liked it, so they invited their friends to join. It's best when you use cheap phones, no need for iPhones (takes out his phone to demonstrate). You can borrow it for two hours from your friends, mother, father.

Second man: I think we should wrap it up, girls are waiting for us elsewhere.

Sergei: Where will you be doing this?

15min: We haven't arrange that yet.

Sergei: We'll call you, let's keep in touch, since you speak good Russian. You need to activate the SIM cards soon, because if you do it right before the show, service providers can block them. We will call you and arrange things – either here or at someone's home. We'll bring the cards, top them up, and leave the person who'll stay with you. Understood? That's it. If you can, put down your names on this piece of paper. I'll be paying them money – and I need to report to my superiors.

15min: This is all unofficial?

Sergei: Completely unofficial. We have our clients. They do not want it to be official, to avoid talks about them having hired someone. You can put fake last names if you wish, we don't care. Just give your true first names. I'll be paying money later and give receipts to the clients – I need them to see that people were duly paid.

15min: Can I ask you – how much does it cost to win in the Eurovision?

Sergei: Hard to tell. I'm only in charge of Lithuania. All in all, probably quite much, millions. This is politics, after all.

15min: And how could we make sure that Lithuanians win?