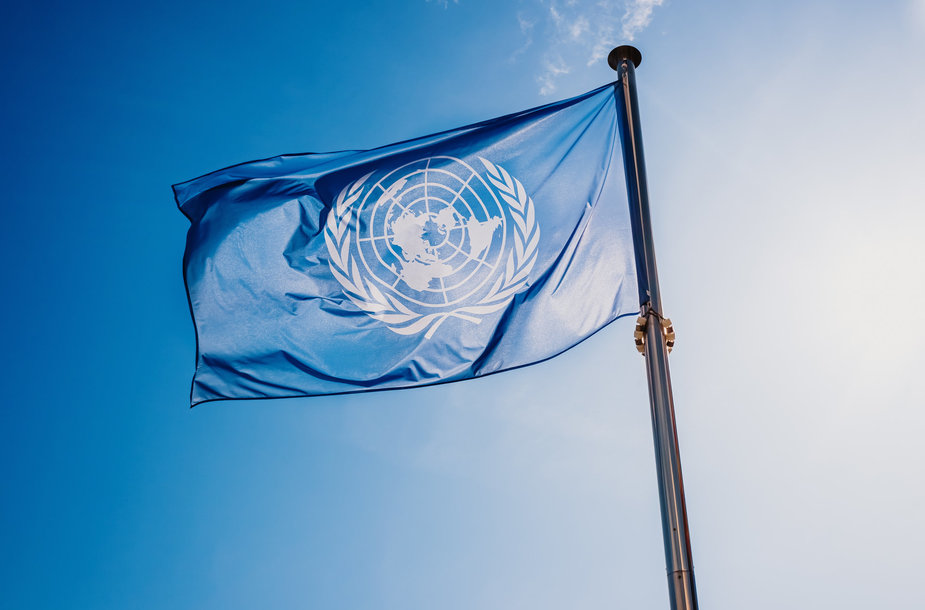 123RF.com nuotr. / United Nations
Source: BNS
The United Nations (UN) Human Rights Committee urges Lithuania to proceed with the investigation of the alleged hosting of the CIA secret prison, step up efforts against domestic violence and discrimination of sexual minorities.

In its assessment of Lithuania's investigation of the CIA prison allegations, the committee said on Friday it was "concerned that not all information and evidence has been collected and assessed in the course of the investigations."

The report emphasized that Lithuania should "ensure an effective investigation into allegations of its complicity in human rights violations as a result of counter-terrorism measures."

"The Committee urges the state party to continue the investigations on the matter and to bring perpetrators to justice," reads the document.

A parliamentary probe carried out in Lithuania in the end of 2009 specified two locations in and near Vilnius which could house secret detention facilities. The inquiry also showed that CIA-related planes entered Lithuania's airspace between 2003 and 2006 several times. The investigations failed, however, to identify if any suspected terrorists were actually brought to Lithuania.

Following the parliamentary investigation, Lithuanian prosecutors opened an investigation but terminated the probe last January, with prosecutor Mindaugas Dūda saying that there was no sufficient evidence to claim that premises in Vilnius and near the city had been equipped for detention of prisoners.

The UN committee also urged Lithuania to set up a national human rights institution and provide efficient resources for proper implementation of the law on domestic violence, improve the living conditions of the Roma community and take measures against LGBT discrimination.

The committee's conclusions highlight positive changes in the human rights area – the Equal Opportunities Law and its amendments that ban discrimination, changes to the Criminal Code on xenophobic and racist crimes, as well as ratification of international treaties.

UN experts also noted the continuation of the national program for integration of Roma people into the Lithuanian Society but voiced concern that Roma “continue to suffer from discrimination, poverty, low educational attainment, large-scale unemployment, and inadequate standards of living, in particular as regards housing.”

According to the report, anti-Semitic incidents are still reported in the country from time to time.

The committee also expressed concern over certain legal instruments, such as the Law on the Protection of Minors against the Detrimental Effect of Public Information, that may be “applied in a manner unduly restrictive of the freedom of expression guaranteed under the Covenant and may have the effect of justifying discrimination against lesbian, gay, bisexual and transgender individuals." In the committee's opinion, various legislative proposals, including “amendments to the Code of Administrative Offenses, the Constitution, and the Civil Code which, were they to be adopted, would impact negatively on the enjoyment of fundamental rights by lesbian, gay, transgender and bisexual individuals.”

"The state party should implement broad awareness-raising campaigns, as well as trainings for law enforcement officials, to counter negative sentiments against lesbian, gay, transgender and bisexual individuals," said the committee.

It also highlighted the human trafficking problem, particularly the abuse of minors living in care homes.

The committee applauded the recently-adopted Probation Law, saying that further measures were necessary to make detention and arrest terms shorter.