Vilnius Regional Prosecutor's Office, which is currently carrying out an investigation into Labor Party's founder Viktor Uspaskich's statements about judges and courts, is asking permission to prosecute the politician.
Source: BNS 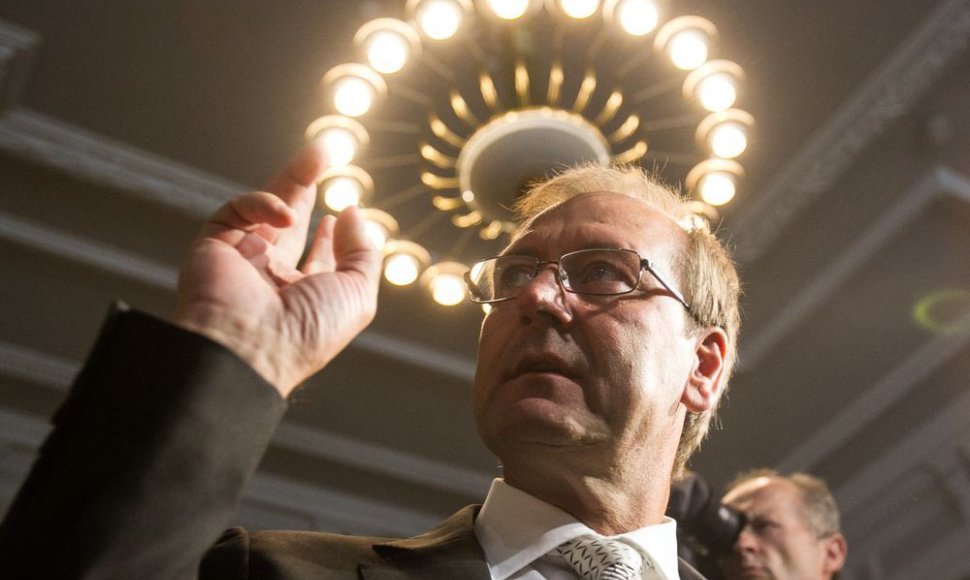 Vilnius prosecutors are carrying out a probe into Uspaskich's public statements about judges and courts that heard the Labor Party's fraudulent bookkeeping case. The parliament has already cancelled Uspaskich's legal immunity in the case.

Pursuant to the Constitution of Lithuania, a member of the Seimas cannot be prosecuted without prior permission of the Seimas.

Valys has not decided yet as to whether to turn to the Seimas. The Prosecutor General's Office has refused to comment any further.

Prosecutors launched a pre-trial investigation into contempt of court on August 7. Uspaskich said about judges who heard the Labor Party's fraudulent bookkeeping case: "I am telling this point-blank. They are criminals, if they make such decisions. Let them sue me. They wouldn't dare, they are cowards, they are not independent."