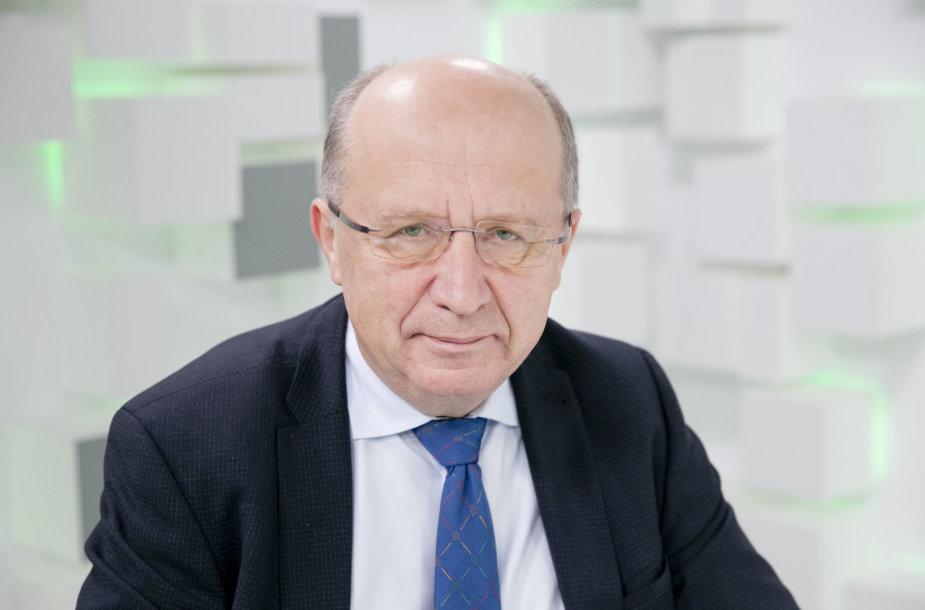 Belarus is roiling. The foundations of Lukashenko’s regime are shaking – the people demand change.

In Russia’s the Far East, Khabarovsk has seen protests gathering for a third weekend now, with ever more courageous calls for Putin’s resignation.

The events in both Belarus and Khabarovsk can be interpreted in various ways. Some perceive the Kremlin’s hand in Belarus, where the Kremlin supposedly looks to weaken the Lukashenko regime so that he would no longer resist the dismantling of Belarussian sovereignty. Others see in Khabarovsk a cunning plot by Putin to suppress a region, which votes against him.

However, in attempts to perceive the cunning ploys of the Kremlin and supposedly massively successful manoeuvres by Putin everywhere, we lose sight of something essential to them, which places Belarus and Khabarovsk into the same shelf of political development. It is a phenomenon that has surfaced after long decades of authoritarian rule and is truly dangerous to the Kremlin regime itself – a clear shift in the moods of the broader public. People are clearly stating that they are wary of authoritarianism and they want to change, both in Belarus and in Khabarovsk. They want to decide for themselves who to choose for their government and what path to walk down.

Both Belarus and Khabarovsk are united in the same long time post-Soviet phenomenon – both Belarus and Russia are ruled by autocratic post-Soviet regimes. In Belarus – for 26 years now, while in Russia – for 20. Up to this year, these regimes managed to retain their legitimacy, suppressing the opposition with repressions, but at the same time retaining the resignation of most of society with such rule under the regime.

Today though, we see ever more indicators that the situation is beginning to change cardinally – we are seeing ever more people publicly and courageously expressing discontent with autocratic regimes and this is neither extinguished by repressions (in Belarus), nor a demonstrative avoidance by the government to apply any repressions (in Khabarovsk).

The question arises – why? What happened that we are able to watch such changes?

Now, however, this is no longer the case in either Belarus or Russia. There is no more economic growth in the two countries and the young generations of Belarussians or Russians, who have seen nothing else than Putin or Lukashenko, are no longer convinced by Putin or Lukashenko’s arguments that life, before they entered power, was very difficult and that it was only they who improved it. Young Belarussians or Russians simply never saw it. They see that now life is not improving. And this has been ongoing for the past 5-10 years.

According to Valery Tsepkalo, over the past decade, Belarus’ GDP shrank from 60 to 58 billion US dollars and the average wage – from 500 to 450 dollars. There is no longer any improvement in people’s lives and there’s no more loyalty for the government among the people. Thus, all that remains is repressions and “bayonets”, but the government can’t sit “on bayonets” for long. North Korea, Cuba or Venezuela are probably none too inspiring as examples.

Lukashenko already “stole” from the Belarussians the elections that were supposed to be held on August 9: his main rivals (Babaryka and Tsikhanouski) are imprisoned, the key figures in their campaign teams have also been jailed, Tsepkalo has been forced to flee Belarus alongside his children, the electoral commissions and observers are filled with solely Lukashenko’s henchmen and on August 9, the regime will strive to also “steal” the people’s votes.

What is about to happen on August 9 can no longer be described as “elections.”

However, August 9 will be of particular importance to Belarus. And not only. Because even Lukashenko cannot “steal” from common Belarussians the drive for change. The more repressions, the more of this drive. On August 9, Belarus can regain what Lukashenko “stole” from it – the right to choose. Sviatlana Tsikhanouskaya, the hope for change in Belarus, has clearly formulated her main goal – upon winning the August 9 vote, she would release all political prisoners within half a year and would organise new free and democratic elections. This would return unto the Belarussian people what was “stolen” from them by the Lukashenko regime.

It is clear that Lukashenko, having “stolen” the opportunity for real elections from Belarussians, will conjure up for himself any number of votes he wants, appointing himself as president for yet another term. He will have protests chased down, he will imprison the discontent, but this will not regain the people’s loyalty for him.

Belarus is already different. With every day, the Belarussians’ own belief in this only grows stronger. Public disbelief that anything can be changed is rapidly being replaced by a broad belief that everything can be changed. And the flow of such a river cannot be stopped. It is only a matter of time for when a change will actually happen – on August 9 or a little later.

This is the very worst possible signal for the Kremlin. Inherent public loyalty to post-Soviet autocrats is ending. Putin can write up any precepts he wants in the Constitution he had rewritten for himself to entrench his regime for good, but Khabarovsk’s streets are filled with massive demonstrations calling for Putin’s resignation. In September, most Russia’s regions will be holding regional elections and after the “revolt” in Khabarovsk, Putin is in a hurry to have three-day voting approved in them so as to facilitate vote manipulation. Lukashenko can “steal” the elections from Belarussians, but three brave women are shaking Belarus’ political skies and Lukashenko can only resort to intimidating the Belarussians that he will bring in the army.

In 1985, no one believed that in five years, the Soviet Union will begin collapsing. In June 1988, most Lithuanians did not believe that the Sąjūdis can change anything. Disbelief very quickly, over the summer of 88, turned into universal belief. And changes happened in Lithuania. The Soviet Union collapsed.

Now, many do not believe that any change can occur in Belarus. Three months ago, I too was among the unbelieving. Because I mistakenly thought that civic society in Belarus is weak and the regime is able to retain the loyalty of the broader society. Today, I am firmly convinced that the expiration date is nigh for the Belarussian regime. And this is the decision of Belarussian society. Efforts to prop up the regime are futile. And harmful. Harmful for Belarus, harmful for Lukashenko himself, harmful even for the Kremlin because the demands of Belarussian protesters, if they are not met on August 9, could quickly infect Russian society as well.

Truth be told, even if they are met, it could also infect Russian society…

This is a dilemma for post-Soviet autocratic regimes – when public loyalty is lost, any further actions by the regime only serve to harm it…

This is the beginning of the end for post-Soviet autocratic regimes. Both in Belarus and in Russia.