A. Kubilius. A revolution in Russia? 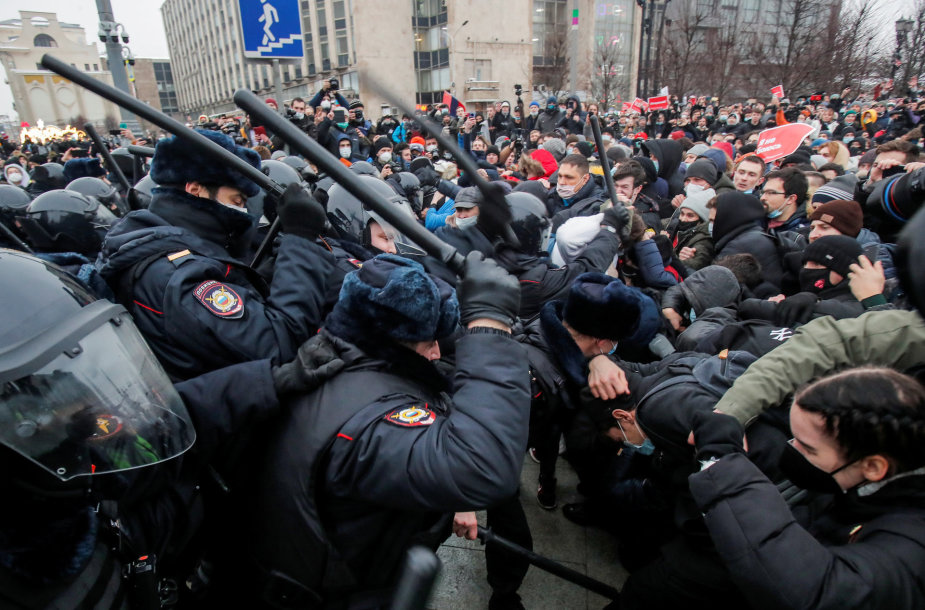 „Reuters“/„Scanpix“ nuotr. / Police in Moscow attacks protesters
By: Andrius Kubilius, member of the European Parliament
Source: 15min
In September last year, I publicly raised the question as to when a “Belarusian” democratic revolution would begin in Russia.

You can find this article here. On Saturday, Russia’s people across many cities – from Vladivostok to Moscow and St. Petersburg – took to the streets en masse under the united slogan “Путин уходи!” The Reuters agency reports that in Moscow, some 50,000 people gathered to a “Navalny protest.” This is the largest number of protesters in Moscow since 2013.

Across Russia, 3,000 protesters have been arrested – this is also a single day “record” in Russia. In Moscow, the OMON chased and beat on protesters no less than Lukashenko’s OMON in Minsk. Navalny’s headquarters has already announced that next week, it will once again be organising protests across Russian, though a large number of Navalny’s comrades are already arrested, just like the man himself.

Can this already be seen as the beginning of a “Belarusian” revolution in Russia?

I am no prophet to make predictions, but as I wrote in my text in September, there is a number of objective historical factors, which suggest that the Russian people could follow the path of Belarus’ revolution.

Democracy is possible not only in Ukraine and Belarus, it is also possible in Russia – this is the first lesson to all those who, up to last year’s revolution in Belarus, thought that Russia would never be able to become democratic.

The Russian people aren’t particularly different to those of Ukraine or Belarus, perhaps just that they have been brainwashed a little more by the Kremlin’s propaganda, perhaps they are more deeply infected with post-imperial nostalgia, but this does not make a vast difference.

At the same time, it is worth remembering that exactly a year ago, in January-February 2020, no one in Lithuania believed that something like a democratic revolution would occur in Belarus, with the first real indications of its potential only showing up in May-June. This is because we all thought that the Belarusians are even more brainwashed than common Russians and that to them, a post-imperial “union with Russia” is the most acceptable future trajectory. 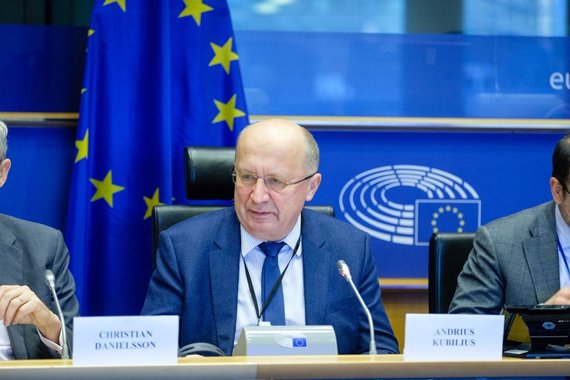 Only now can we earnestly admit that a year ago, we were deeply mistaken about the thinking of the Belarusian people and that already then, among them prevailed the thinking (which we failed to notice), which later led to the power of the continuing democratic protests.

From the experience of the democratic revolution in Belarus, we can also draw conclusions that not only a revolution’s leaders decide the success of the endeavour. The protest’s leaders play a crucial role, but more as triggers, which help spark the flame of revolution. But the continued spread of the fire then controlled by wholly other processes of mass society and not leaders.

Following the experience of the revolution in Belarus, it can be said that the greatest danger unto Putin’s regime isn’t Navalny himself, despite him being an incomparable hero of contemporary Russian history, who is performing a massive task in dethroning Putin’s regime. The greatest danger to Putin is 59% segment of Russian citizens who in a 2019 Levada Centre poll answered that they want fundamental changes in Russia.

After 2019, Levada no longer posed such questions in surveys (at least not in publicly released reports), but it would be hard to expect that over the past two years, there would have been a decline in Russian citizens who want fundamental changes.

Surveys done in Belarus last May also indicated that more than 60% of Belarusians wanted fundamental changes. To me, this was the most serious signal that “something could happen” in Belarus.

The democratic revolution in Belarus actually began when the Belarusians, who truly want change, felt and saw that they are the majority. The Babaryka and Tsikhanouski candidacies were needed for them to realise they are the majority. This created the picture of kilometres-long queues of people lining up to sign. Afterwards, when Babaryka and Tsikhanouski were arrested, three brave women, with Sviatlana Tsikhanouskaya at their head, and their protests across Belarus were needed, which displayed that all the regions of Belarus (not only Minsk) are part of this “protest majority.” And finally, it took the election day on August 9, the ability of Golos and Zubr to convincingly prove that the true majority of Belarusians actually voted for Sviatlana Tsikhanouskaya despite Lukashenko’s entire propaganda machine seeking to claim otherwise. All of this, as well as the results, helped the Belarusians come to believe that they, those seeking change in Belarus, are in the majority. When they realised this, they ceased fearing both Lukashenko and his entire OMON.

A “Belarusian” revolution in Russia requires the same – the 60% of Russians who in surveys speak in favour of change need opportunities to see that they are the majority. Navalny is creating these opportunities. When the Russian people, who seek reform, come to believe that they are truly a majority, then no Moscow OMON or arrests of protest leaders will stop them.

Today, the path towards a democratic Russia has only begun in Russia itself. Putin is consistently following Lukashenko’s path and hoping that prisons and OMON will halt this democratic path for Russia. All that Lukashenko achieved last year is that today, the only question that remains is when he’ll have to go seek refuge somewhere like distant Venezuela. Putin could hear the very same question at the end of this year.

The democratic Belarusian revolution is an inspiration for the Russian democratic revolution. In the near future, the Kremlin may come to lack the political, financial and OMON resources to also take care of Lukashenko’s survival.

The Belarusian revolution and Navalny are what will inspire the continuation of the Russian revolution. Its success will be decided by whether the silent majority in Russia, which favours change, will come to believe that it is the new majority. It happened in Belarus. It is completely possible for it to happen in Russia as well.