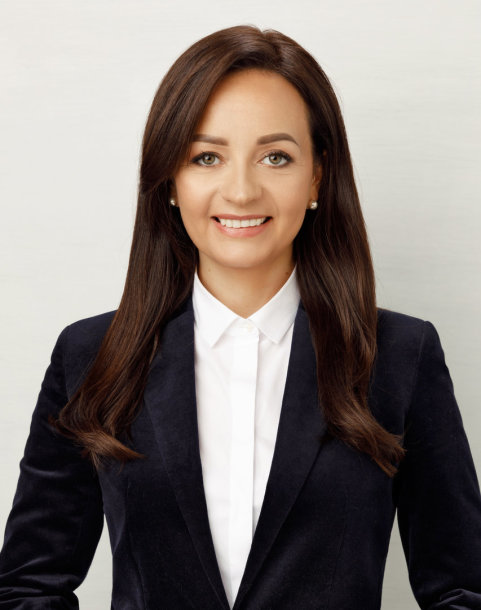 Asmeninio archyvo nuotr. / Rūta Pumputienė
Source: 15min
The coronavirus pandemic has proved, like no other, how important an innovative health care system is to the Lithuanian economy. Unfortunately, for the Lithuanian authorities, such proof does not seem to be enough, at least not yet.

Last year a new procedure for assessing the reimbursement of innovative medicines came into force in Lithuania, which was supposed to make them more accessible to patients. Lamentably, the breakthrough that the industry, patients, and doctors have been waiting for has become an even bigger barrier and is halted today due to a publicly reported lack of resources. The access to the most effective medical treatment in Lithuania today is probably the worst and slowest in the European Union, not only creating detrimental consequences to the country's patients but also negatively affecting Lithuania's attractiveness for foreign investments.

In January last year, a new evaluation mechanism for innovative medicines that could be reimbursed by the state came into force - the Health Technology Assessment (HTA) performed by the SMCA. The essence of this mechanism is to take into account not only the "naked" price of medicines but also other directly related costs of disease treatment when deciding on drug reimbursement, i.e., taking into account the patient's additional quality years, thus ensuring efficient use of costs.

Everyone was waiting for this system: patients, doctors, and industry, because it was supposed to be a breakthrough in Lithuania and improve the availability of innovative medical treatment - Lithuania is one of the last in the EU based on this indicator. In reality, however, the new rating system has largely evolved into an even greater set of barriers, usually requiring data that cannot be provided, thus rendering the new system unable to fulfill its’ initial purpose. It became inconsistent with the principle of cost-effectiveness assessment.

And that's just one part of the problem. Today, the mechanism for evaluating reimbursement for new medicines is completely stalled. Although the state has imposed an obligation on the applicant to pay fees for the evaluation of applications (the registration duty is EUR 5,400), the state itself does not comply with the obligations to carry out evaluations within the set deadlines. Only 4 applications for new medicines have been evaluated in the last 9 months. More than 35 applications are awaiting evaluation, and their evaluation deadlines can last, on average, about 530 days instead of the 90 days provided for in the legislation. Such long deadlines directly lead to poorer access to innovative treatment for patients, which means higher mortality, disability, and incapacity rates, as well as poorer quality of life for patients.

We all understand that it’s not statistics that are daunting. It is frightening that Lithuanian patients with the most serious diseases, such as various forms of cancer, do not have equal access to the effective, innovative treatment they need, although it is available in other EU countries, like Romania and Bulgaria, not to mention the big rich EU countries. Unfortunately, Lithuanian patients’ right to quality treatment and Lithuanian doctors’ duty to prescribe the most appropriate treatment to patients according to clinical criteria is only declarative.

A brake on investments in Lithuania

It is clear that mere short-sighted saving or the imposition of requirements on reimbursement lists that do not exist in other EU countries, which create barriers rather than opportunities for medicines with high therapeutic benefits, or simply delaying time without a decision on reimbursement for new medicines, is an unjustified omission. It hinders progress and takes Lithuania to the outskirts of compensation for the most advanced treatment technologies throughout Europe.

In such a situation, the Lithuanian market becomes very unattractive for innovations and innovative companies in general. It is becoming increasingly difficult for the representative offices of international companies working here to talk to their headquarters about additional investments in Lithuania. When it is not allowed for new advanced medicines to enter the market, such a market becomes unviable. A closed circle is formed where the headquarters, seeing the non-viability of the market, stop investments in Lithuania in general.

The current Government's program makes promises to focus on "ensuring the most effective, modern treatment", "offering the best, most innovative and most effective treatments to the patients" but unfortunately these attractive provisions of the Government program have so far not translated into any specific action in the Governments’ measure implementation plan.

What is needed for health innovations to reach Lithuanian patients faster? There is an urgent need to improve the mechanism for including innovative, most effective medicines into the reimbursable medicines list in order to enable them to be evaluated more quickly and efficiently, to reduce excessive, unreasonably strict, and illogical requirements, so that Lithuanian patients could receive transparent and prompt treatment. Transparent, smart, and flexible solutions to improve access to innovative medical treatment for patients are a prerequisite for a modern healthcare system.

The pains of the Lithuanian health system and, in particular, of the regulatory system for innovative medicines are obvious and costly for both patients and Lithuania as a state. And while health policy is already declaratively moving in the right direction in ensuring the availability of new medicines, it is still not properly reflected in real life. Will the authorities resolve to change all that?

The author of the comment is Rūta Pumputienė, a lawyer and an expert in life sciences law.