Saving private journalist and journalism in the Industrial Revolution 4.0

The free market provides bountiful rewards to the winners and metes out harsh punishment on the losers. But there are unsuccessful players in the free market that the invisible hand of the market is starting to ruin and without them, the free market and liberal democracy could potentially fall to ruin.
Ruslanas Iržikevičius
15min EN vyr. redaktorius
Source: 15min 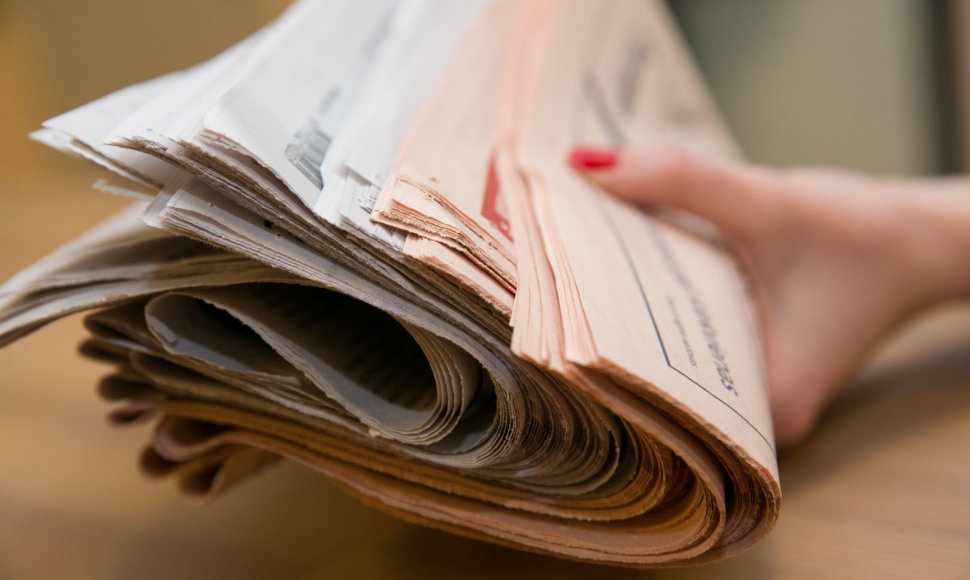 The free market is an engine of progress and it is an inseparable part of liberal democracy. Over several centuries of liberal democracy, the free market has created (and ended) various branches of industry, but this contributed to the world’s progress, especially the West’s. And now we have arrived at the Industrial Revolution 4.0, which has yet to gain momentum but promises to cardinally change our lives.

We see how the news media - one of the four pillars of liberal democracy - is vanishing right in front of our eyes, impacted by these changed free market conditions. If we do not grasp that we cannot leave news media to the will of the almighty free market, this pillar will fall.

The hand of the free market is not always just and especially in those areas that are needed for the democratic liberal capitalist system to successfully continue operating. But this system must itself grasp what is of vital importance and take measures to prevent harm.

It seems that education fared rather well in free market conditions, but the system understood that in the name of welfare and progress, there was a need for changes that do not obey the laws of the free market. As a result, compulsory education emerged, later free education as well, which was even entered into many constitutions. The same can be said of the healthcare system.

The conditions and laws of economic dynamics are changing at a lightning fast pace, but let’s not forget the core issues. Whether we want to or not, we must admit that the news media as a business is nearing the abyss.

Legacy media is failing much faster than the glaciers of the Arctic or Greenland are melting due to global climate change. In Lithuania, the paper press is rapidly disappearing (the publishing of the Lietuvos Žinios newspaper ceased and soon, the largest newspaper in the country, Lietuvos Rytas will only be released three times a week and so on). Regional news media is rapidly becoming a broadcaster of local kings and dukes.

The picture is likely to be similar across the Western world. If we wait another 15 or 20 years and leave the fourth pillar of democracy to the fourth Industrial Revolution, what we call news media and journalism will be no more. There will be many means of public information, numerous influencers, types of publications like the Financial Times and the Economist, but that’s all.

Everything is all fine and well with these publications, but how many in Lithuania can afford to and want to subscribe to them? I have already written about the rise of unnewsed citizens and how this threatens our societies. I also wrote about how the news media and journalism is a sort of vaccine from infections; a vaccine that guards Western liberal democracy. As well as this, I wrote about how important a free and competitive news media is for society.

Competition must happen between news media outlets; however, news media is incapable of competing with social networks and Google.

Competition must happen between news media outlets; however, news media is incapable of competing with social networks and Google.

If the public and the establishment agree that it is better to not risk waiting for the news media and journalism to completely disappear, we must come to agreement that this pillar of liberal democracy needs aid. Also, the news media itself must recognise that it is not a “traditional” business. This business cannot be only about profit, it must also be about its civic mission.

This may sound like a utopian misunderstanding, but I am convinced that the news media and journalism can be saved only by establishing a basic income for journalists. In several decades, basic income will be the norm, but we can no longer wait to save journalism.

Why such particular attention should be placed on journalists? Afterall, public broadcasters are there to perform this civic mission and pay journalists from the tax payers’ pocket.

The problem is that while the public broadcaster is good, but as I mentioned, for the news media to perform its mission, it must not only be independent, but also must reflect as broad a range of opinions in the public as possible.

The public broadcaster may declare its independence (the Lithuanian LRT has proven its independence and this can only be celebrated), but it cannot reflect the opinions of all of the public. Furthermore, we have bad examples in Poland and Hungary where public broadcasters have become the servants of the government. This shows that you cannot place all your eggs in one basket.

As such, for free and independent news media to survive and thus match its mission as the fourth pillar of liberal democracy, it must also compete among itself. By competing with ideas, it would encourage pluralism. The core of the news media must not be the news media owners but the journalists.

Thus, the mission of the Industrial Revolution 0.4in liberal democracy would be to free journalists from news media owners and their shareholders’ bonds and grant them the opportunity to act as an orderly for the public without pressure from above.

Of course, you can leave a news media outlet if your views clash with the editor, but few journalists dare take such a step because the news media jobs market is evaporating by the hour. The choice of journalist jobs is now many times smaller than it was ten years ago.

There are journalists who could no longer bear it and having slammed the door funding their own business model and successfully performing their journalistic mission. We have some excellent examples in Lithuania, which are A. Tapinas with Laisvės TV, E. Jakilaitis with his numerous projects and A. Bačiulis with A. Ramanauskas and their show. There are some other examples, but these are more an exception than the rule. Simply, not every excellent doctor is also an excellent businessman and respectively, not every journalist can be an excellent news media entrepreneur.

Perhaps it is a poor comparison, but doctors working in state healthcare often also work in private medical institutions. Similarly, journalists receiving a basic income and not finding a self-fulfilment formula will have to seek a news media outlet which would employ them for extra pay. News media outlets, which already barely make ends meet, could save this way and thus survive. Journalists would feel more independent even from the owners of their own media and would thus only serve democracy.

By “honouring” journalists this way, many would appear who would want to become journalists. A system would have to be created which would recognise an individual as a journalist only based on very clear criteria.

A flawless reputation should be one of the main criteria. Upon receiving such a license, a journalist would have to justify their status and create a suitable amount of content, which would match the criteria of unbiased news media. After entering employment in a news media outlet, the journalist would continue receiving the basic income, as well as a bonus from their employer. The same would happen on finding your own successful model for journalistic business, the basic income would not go anywhere.

Are there many, who want for the free market to once more reign in these areas? Why does no one complain that their hard earned money, in the form of taxes, in the form of wages settle in the pockets of police officers, judges, firefighters or soldiers? Because these people work in institutions without which our society would not survive. People working in those institutions perform a mission for our public and thus allow us to enjoy and make use of the fruits of liberal democracy.

We must finally recognise that journalism and the news media also perform such a mission and are an incredibly important cornerstone of our liberal democracy. Will there be corruption in such a news media system? Yes, there will be, but it exists in the courts, police and healthcare system as well. However, we do not close hospitals if we find corruption in them. Equally, we do not close down courthouses if we catch a corrupt judge.

Or perhaps, the news media obtain the opportunity for cleansing when a journalist departing a corrupt editorial office will no longer fear sentencing themselves and their family to poverty and deprivation. Perhaps a journalist less afraid for their welfare will better fit their role in society, and this will be better for all of us.

Afterall, isn’t the news media market distorted already when owners fear publishing a bad word about an advertising client? When they, based on a gentleman’s agreement, close their eyes before the institution where they won an advertising tender.

The news media business is contracting and the struggle is for every last penny in the “market”, often forgetting journalist ethics, unfortunately. Of course, the state can aid the news media business by reducing taxes, investing in new technologies and the search for new business models. While we should not give up and should continue seeking for opportunities, we must also admit that the news media and journalism together are only falling behind technological progress and new, successful business models are nowhere on the horizon. And if such a model does emerge, the news media and journalism will already have failed. So, is it worth the risk?

Why not try to create a mechanism and pay basic incomes for journalists right now? Why not at least start discussing it? Will we allow the fourth Industrial Revolution to ruin the fourth pillar of liberal democracy?

Perhaps we should safeguard it because, without this cornerstone, liberal democracy will fall as well. It is worth grasping that without the news media and journalism, our society will no longer have a wholesome existence, just as it couldn’t without doctors and police officers. Only our doctors and police officers will still be there in a few decades, but I very doubt if journalism will survive.

Basic income may currently sound like it is utopian, but universal education sounded similarly in the dawn of the 19th century. Perhaps it is time to shift to Industrial Revolution 4.0 thinking.

The article first appear at the Visegrad Insight and was written for the #DemocraCE project.