Former Lithuanian President Valdas Adamkus says that the majority of people in Lithuania do not understand Social Democratic Prime Minister Algirdas Butkevičius government's plans on the new nuclear power plant. According to Adamkus, the government itself doesn't know what it wants.
Source: BNS 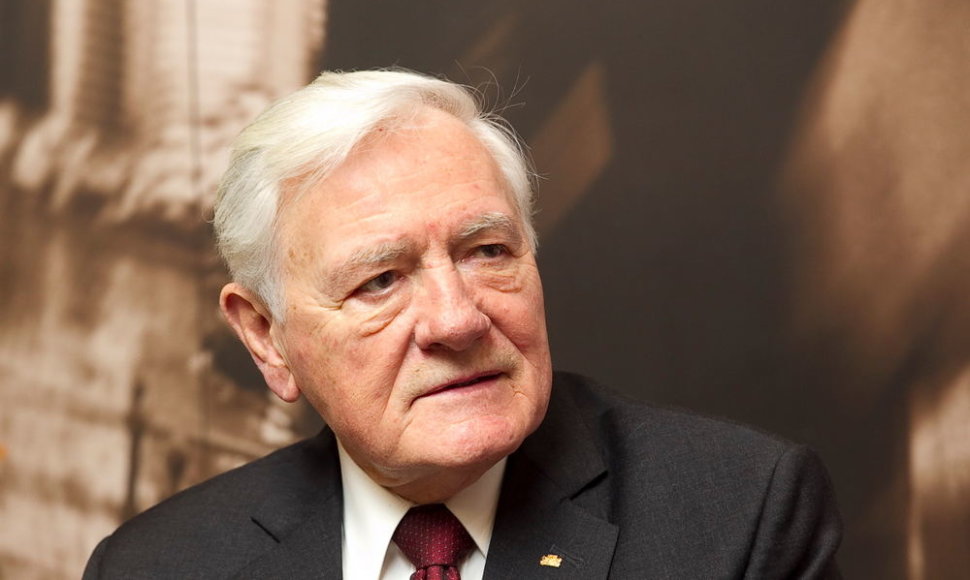 In an interview with program Lietuva Tiesiogiai on the Lietuvos Rytas TV, Adamkus said the incumbent government's position on the nuclear facility is not clear for him.

He also criticized the Cabinet's decision to postpone the final say on the nuclear power plant until the coming fall.

"In my opinion, it's a pathetic case. If proper actions had been made back in when talks on the new nuclear power plant started, it would have been operational at the end of this year already or early next year. It was discussed with the Latvians and Estonians a decade ago. It was agreed that it was the best and cleanest way of power production. Later on, negotiations with the Swedes on a power link were held, and with the Poles who procrastinated the processes. So we have been pushing ourselves around for many years," the former president said.

Adamkus believes that lengthy discussions do not solve the problem and raise doubts whether the power plant will be built in 3 or 4 years.

"We started hearing talks that our earlier partners were having doubts, and the incumbent government says it will consider in the fall whether it is at all worth building the nuclear facility. These discussions do not solve the problem and only make it worse. And we remain dependent on our neighbors. (...) I have serious doubts as to whether we'll have the nuclear power plant in 3 or 4 years," Adamkus said.

He added that he was a supporter of the construction of the nuclear facility as it was "the cheapest and cleanest way of power production." But, he added, his belief in the nuclear power plant project "has been broken."

Environmentalists' arguments over the threat of nuclear power plants did not hold water, Adamkus said, as technology had advanced and power plants were well-managed.