Lithuanian Minister of Interior Affairs Raimundas Palaitis announced on Monday that he will resign.
Source: BNS 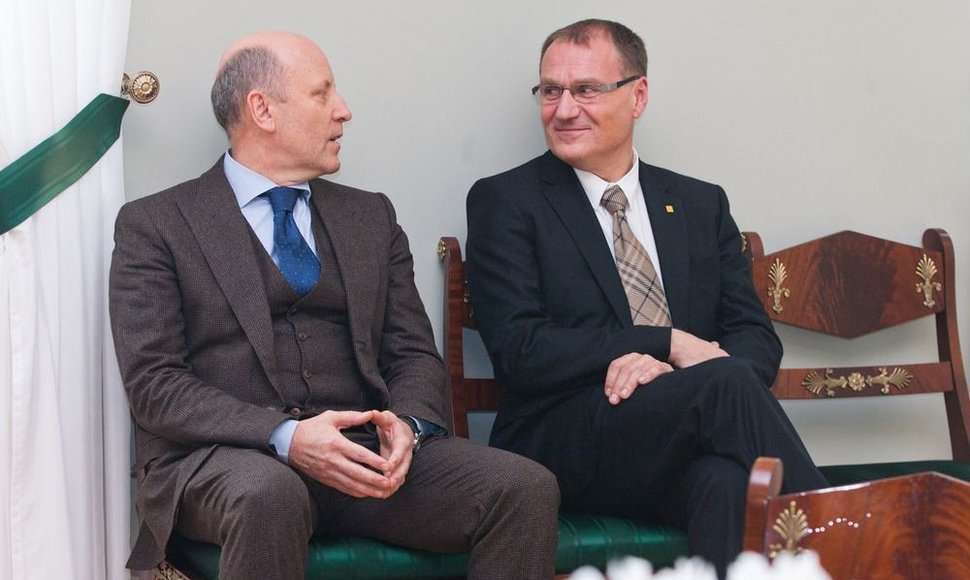 "I would like to say that I have no regrets whatsoever over my decision. I feel I was acting legitimately and rightly dismissing the two officers of the Financial Crime Investigation Service. But in the wake of such a difficult situation caused by actions that are hard to describe, I don't think that I should be an obstacle for Lithuania to advance, and I will shortly submit my resignation," the minister told journalists following a meeting with President Dalia Grybauskaitė and Prime Minister Andrius Kubilius.

Meanwhile the prime minister welcomed Palaitis' decision and added that it should have been made earlier.

"I welcome the minister's decision. Such a decision allows the coalition to continue common work. It would have been better if the decision had been made earlier," the head of the Lithuanian government said.

A week ago, Lithuanian President Dalia Grybauskaitė, who then refused to dismiss Palaitis, said the minister had acted according to the law.

"Taking into account the existing situation and tension between two coalition partners, when it comes specifically to Palaitis' actions, I would like to say that I did not dismiss Palaitis because, I believe, – and here we have a slight difference of opinion with the premier – he complied with all laws by dismissing the FCIS officers," the president said on Monday.

"Therefore, any compromise could have been reached only if the minister, aware of the tension in the coalition, had decided to leave this post. The minister will confirm this decision to you himself today," the president said before Palaitis announced his resignation.

"We appreciate and respect the minister's decision, the party supports the minister. We have believed and still believe that he acted legitimately but in this case the minister himself decided to step down," Čaplikas said.

Palaitis announced his resignation following a Monday meeting with the president, despite saying earlier in the day he would not to.

President Grybauskaitė had met with Čaplikas on Monday morning.

Deputy Chairman of the Liberal and Center Union, Arūnas Valinskas, said on Tuesday the party has several candidates for the position of minister of interior affairs, including Regimantas Čiupaila, who previously held the post.

"There are several candidates, and I believe the list will be expanded, and the issue will be discussed on Friday and Saturday by the party's council," Valinskas told journalists on Tuesday.

"No doubt, one of the candidates, as it was mentioned in the press, is Čiupaila, and several other people. Since I joined the party not that long ago, these names do not tell much to me," Valinskas said.

He also confirmed that Minister of Interior Affairs Raimundas Palaitis, delegated by the party, would submit his resignation on Tuesday.

"As far as we talked today, Raimundas is ready to submit his resignation by the end of this working day," Valinskas said.

Artūras Melianas, another member of the Liberal and Center Union, later told journalists he was among candidates to be appointed interior affairs minister, and incumbent Minister of Health Raimundas Šukys' candidacy was also considered. The latter was skeptical about changing ministries. "I think we have better candidates," Šukys said.