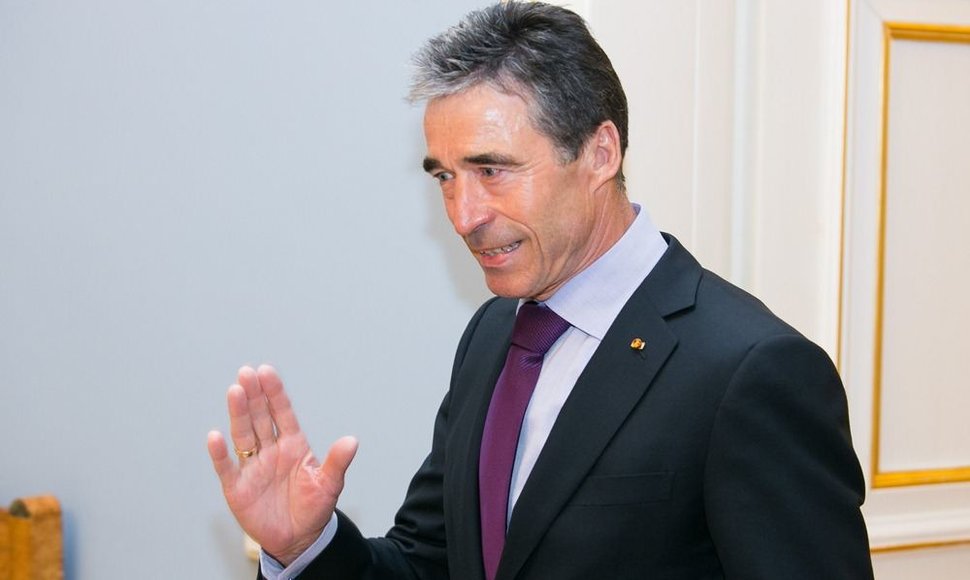 At a meeting with Lithuania's President Dalia Grybauskaitė, Rasmussen discussed security and defense issues relevant to the Alliance and the Baltic region, and addressed actual operation of NATO defense plans.

The regional exercise Steadfast Jazz to be held later this year will test collective defense scenarios in practice and check the efficiency of NATO defense plans for the Baltic states. Grybauskaitė and Rasmussen will discuss preparations for the large-scale exercise to take place in the Baltic states and Poland this fall.

The meeting between the NATO secretary general and the Lithuanian diplomacy chief should address the role of NATO in Afghanistan after 2014, the air-policing mission in the Baltic states, further NATO-Russia cooperation, prospects of NATO partnership and development policies, energy security and other relevant matters.

This is Rasmussen's third visit to Lithuania.

NATO to not interfere in Lithuanian-Estonian feuds

The Baltic states should decide for themselves on the form of the air-policing mission, and NATO does not interfere with the debates between Lithuania and Estonia on the need to rotate the place of deployment of fighter jets in the future, NATO Secretary General Anders Fogh Rasmussen said in Vilnius on Friday.

"NATO doesn't interfere with that. It's for the Baltic states to decide how to organize that part of the air-policing," the chief of the Alliance told journalists after a meeting with Lithuania's President Dalia Grybauskaitė.

Rasmussen has also said that NATO does not view Russia as a threat and itself does not constitute a threat to Moscow. At the same time, the Alliance has all plans that may be necessary to protect its Allies.

Rasmussen said he had no thorough information about the Russian-Belarusian war games Zapad 2013 planned for this year, adding that the exercise scheduled to take place in the Baltic states and Poland around that time were not directed against third countries.

"We do not consider Russia a threat to NATO and NATO definitely does not constitute a threat to Russia but, of course, we have all plans in place to protect and defend NATO Allies. When it comes to exercises, the most important thing is to demonstrate full transparency," the secretary general told reporters.

Rasmussen has also urged Lithuania to stick to the commitment of raising defense spending.

"Lithuania has recognized the need to increase defense spending and I urge you to carry through on that important commitment," the head of the Alliance said.

Rasmussen has emphasized that countries of the Alliance may benefit from joint acquisition of capacities they cannot purchase individually during economic hardship.