The Vilnius meeting of foreign ministers of the Nordic and Baltic states (NB8) focused on perspectives of closer partnership and achievements of shared activities this year, the Lithuanian Foreign Ministry said.
Source: BNS 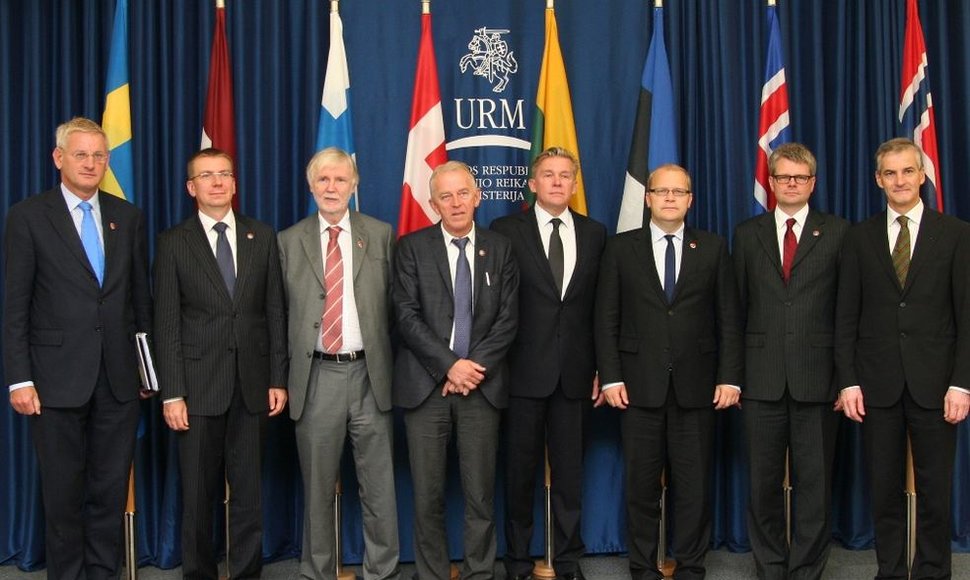 Lithuania is coordinating NB8 this year.

Lithuania's Foreign Minister Audronius Ažubalis says that NB8 cooperation is turning 20 this year, and the past two decades marked efforts to step up the joint efforts of joint response to regional challenges.

"This year we paid a lot of attention to the situation in countries of Eastern Partnership and southern neighborhood of Europe, enhanced cooperating in areas of promoting gender equality and development cooperation, continued development of a vision of cyber security and started exchanging ideas in the field of nuclear safety, we're together assisting Moldova and Ukraine in reforms of their defense sectors," Ažubalis said.

The minister emphasized that NB8, although a region of stability and peace, was part of a broader regional and global context.

In his words, the Nordic and Baltic countries restated their determination of supporting and promoting European integration efforts of Eastern Partnership countries.

"We have to prove to democratic political forces in Eastern neighborhood that we strongly support their Euro-Atlantic vision. Political and financial commitments to Eastern Partnership countries should not be forgotten amid the tense economic situation in countries of southern neighborhood. The foresight demonstrated by the international community with regard to Europe's southern and eastern neighbors in this difficult time will determine how we're viewed for decades," Ažubalis said.

During the meeting in Vilnius, the NB8 ministers also addressed the newly-emerged problems in the Armenia-Azerbaijan ties.

"Stability in the South Caucasian region is our primary interest. We hope that, based on universally recognized standards of international law, countries will find a way out of the situation and a road to resumption of valuable relations," the Lithuanian minister emphasized.

He underscored the unified stance of Nordic and Baltic states on problems the euro zone is facing.

"We support the concerns stated within the EU with respect to the situation, which has emerged in the wake of the decisions made by the Azeri administration regarding Ramil Safarov," he added.

Cooperation in the informal format uniting five Nordic and three Baltic countries began in 1992. Eight ministers hold a meeting in one of the eight countries every year. This year Lithuania is the host-country.

Last year, the meeting took place in Helsinki, with Sweden planned to take the lead in 2013.