Visiting the “Farmers” in Naisiai, S. Skvernelis confirms he will accompany them into the elections

Lauryna Vireliūnaitė. The VTEK left the prime minister hanging in the air, but he celebrates for some reason

The golden rule of environmental conservation – what you bring into nature, take away with you

KFC opens its main restaurant in the heart of Vilnius

Lithuanian Bar Association on June 2 arrests: “a presumption of arrest” settles in Lithuania

Dentists remove charge – resolved for losses in the hundreds of thousands 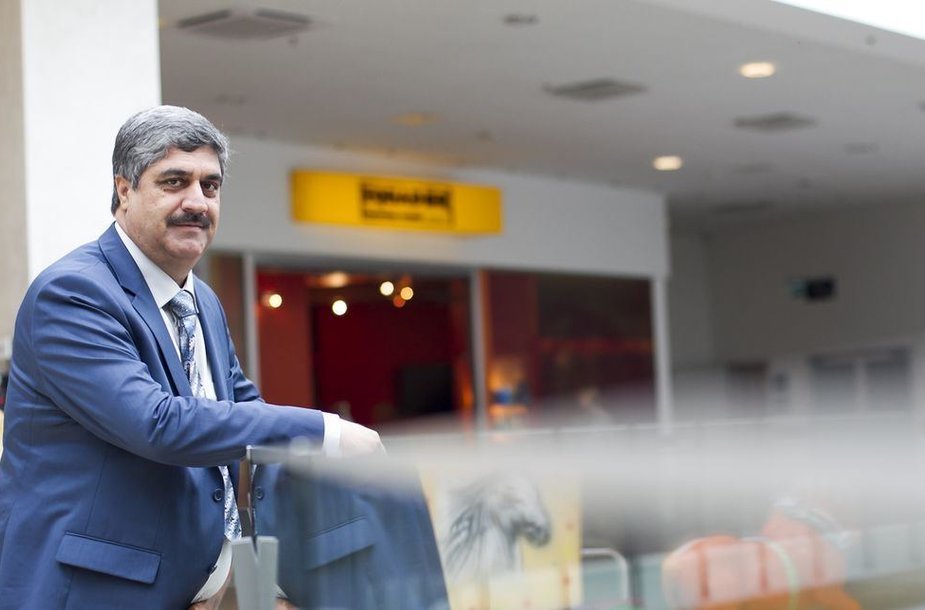 It is Wakil Azizi's first visit to Lithuania, but he is not here to see the sights. The entrepreneur from Afghanistan is talking to local companies and government agencies, hoping to get them to take up projects in his home country – to build railways and bridges. “There's enough work, and therefore profits, for at least 10-20 years,” he says.

Engineer by trade, Azizi has his own construction and engineering company FEAR (Farhat Architecture, Engineering and Road Company) in Kabul, but he needs partners for large-scale projects and therefore has come to Lithuania to look for them. He says he has dealt with Lithuanians in Afghanistan and they made a good impression on him; moreover, he has heard good things being said about Lithuanian soldiers in Ghor Province.

“I thank your people and your government for helping us, bringing order after the Talibes, building schools in Ghor. Residents were satisfied with the soldiers and behaved friendly,” the Pashtun businessman tells 15min.

As Afghanistan is getting back on its feet and standards of living are slowly but rising, the country is going through a construction boom, especially in infrastructural projects – building or reconstructing roads, bridges, airports. The latter are still scarce and many provinces are without adequate facilities for air transportation, even though that might be the only way to reach some remote settlements. Afghanistan is also building a railway network.

What Lithuania has had since the late 19th century, Afghanistan only tried out over the last decade. The country's first seven-car train took a test ride on a railway between the border with Uzbekistan and the northern town of Mazar i-Sharif in late 2011. The 75-kilometre stretch was built in a year and cost some 165 million US dollars.

Today, Azizi says, trains can go twice that distance. A public call for tenders has been issued to build another 400 kilometres of railway to connect Hairatan, in Balkh Province adjoining the border with Uzbekistan, to Shir Khan Bandar in Kunduz Province near Tajikistan. Three thousand kilometres more are in plans as well.

Azizi plans to vie for these government contracts, but to do that he needs experience. Something that local Afghan companies lack. So the businessman hopes to have Lithuanian partners bring in the know-how and supervision for construction works and finances, while the rest can be done by Afghanis themselves – hiring local labour would be much more cost-effective.

“We need experience. We didn't have a railway, it is still in its infancy. There's no point in going along with tenders without any experience,” he explains. He looked for partners in neighbouring countries first – Turkey, India, Pakistan – but companies there lack experience in large-scale projects. “I'd like to go a little further, do things better,” he says.

He believes that Lithuanian entrepreneurs could also be interested in Afghanistan's natural resources – oil, gas, precious stones – and trade opportunities, since the country needs great many things.

“The country is developing, we can stand on our own against our enemies. I want to work together in business,” Azizi shares his vision. “I like your people because of their attitude, honesty. Not once, in dealing with them, have I run into a wrong one.

“If a company decides to work with us, it will have work and good profits for 10-20 years. The state is willing to give a contract for a bigger price, as long as the quality is top-notch. We have much work, especially in building roads, airports, bridges. If a company comes, it will not be idle. The world has pledge support for us to rebuild our country. So there's the goal, there are the means, there's the money – everything's there. It means that profit is in sight, too.”

He says that Afghanistan's reconstruction projects will be financed by the government as well as the World Bank and the Bank of Asia. Asked to comment whether some of the funds will not end up in the pockets of corrupt officials, Azizi assures that the country has been actively fighting corruption for two years now – adopting legislation, installing online systems to manage public contracts, making documents publicly available, etc.

“If someone engages in corruption, it will be hard. Before, you had to pay up everywhere, but not any more,” Azizi says, although surveys by Transparency International and other organizations deem Afghanistan one of the most corrupt countries in the world.

Last spring, the United Nations Office on Drugs and Crime (UNODC) published a report, showing that the country has done a lot since 2009 to rein in on corruption. However, even though fewer people are giving bribes, the total sum of money thus changing hands has grown 40 percent, to reach 3.9 billion US dollars.

During his visit to Lithuania, Azizi met with representatives of the Chamber of Commerce, Industry, and Crafts, the Lithuanian Roads Association, companies Kauno Keliai, Panevėžio Keliai, Lietkabelis, Panevėžio Statybos Trestas, the Ministry of Transport, architecture and stonework companies.

Azizi says that Lithuanians showed interest in what he had to offer, but promised to give answers in two or three weeks. Their biggest concern is safety. However, Azizi assures, northern provinces – where the railway is being built – are quite safe.

“I am one hundred percent certain that there won't be any more war. The Taliban can no longer stand their ground,” he says. “Very recently, our soldiers have beaten 200 Talibes in Wardak Province. Foreigners had thought they wouldn't beat them within a year. Now people are living peacefully. We say: one must not fear death, but when death does not come. You're mistaken to think that it is unsafe in our country. After all, in Lithuania, too, it can be dangerous to walk in the street.”

He admits, though, that “neighbours are still interfering, don't leave us in peace, especially Pakistan and Iran.” For some reason they “do not wish to see Afghanistan stand on its own two feet, be a strong country. People are intelligent, but they are sending fighters and guns to us, kill our kids, even though that goes against Islam.”

Azizi says that he and his family lead a peaceful life in Kabul. His wife, who has a degree in English, is not employed full-time, but sometimes helps out in schools. He has sent the eldest of his five children to study in India, because Afghanistan still cannot provide good education. Three other of his kids attend school, 11th, 5th, and 2nd grades.

Dentists remove charge – resolved for losses in the hundreds of thousands

Lithuanian Bar Association on June 2 arrests: “a presumption of arrest” settles in Lithuania