Former Polish President Aleksander Kwaśniewski's advice to his compatriots: Be more sensitive in dealing with Lithuanians, otherwise you'll come across as arrogant 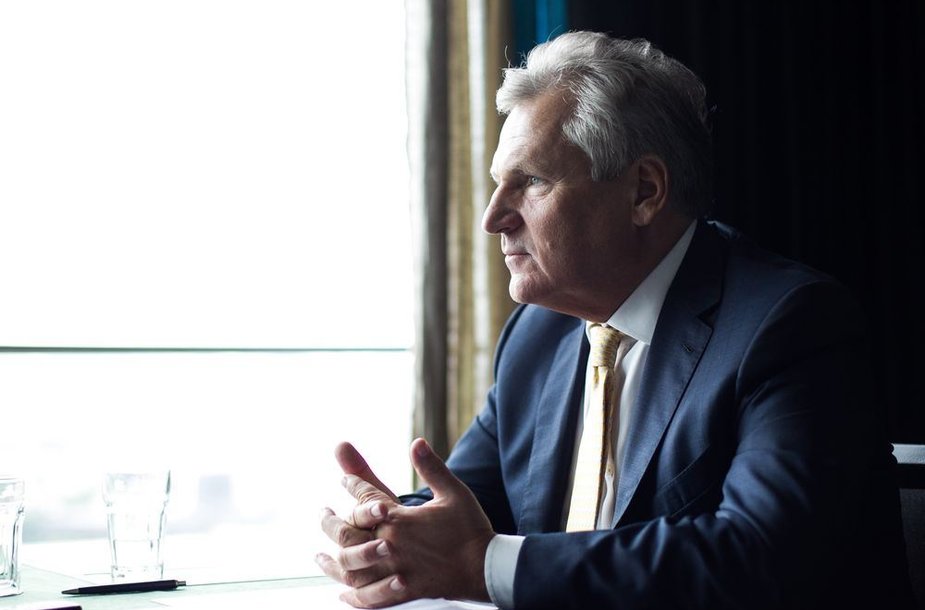 Former President of Poland Aleksander Kwaśniewski is perplexed about why the Poles and the Lithuanians, just recently strategic partners, are at each other's throats over matters like spelling of names and learning official language. “I said many times [to Lithuania's Polish community]: you're Lithuanian citizens so you have to be loyal to your country and you have to speak Lithuanian,” the politician, who still remains a popular politician on this side of the border, said during an interview to 15min.

Kwaśniewski has hopes that, now that Lithuania's Polish party is in the ruling coalition, problems marring Polish-Lithuanian relations can be solved. He addmits though – it is not just the Lithuanians who must put in some effort – unless the Poles are respectful of their neighbours' sensitivities, they might come across as arrogant.

I start the interview with a greeting in Polish. Kwaśniewski instantly inquires if I speak Polish and is somewhat surprised that I don't: “But so many Lithuanians do!” When I make a joke that, after so many visits, he could have picked up some Lithuanian, the guest frowns: “No no, Lithuanian is probably impossible to learn... I've been walking in the city – I can't make out what is written on the signs.”

But the former leader of Poland does know some words in Lithuanian. He is able to say the names of the Lithuanian Seimas and Druskininkai, presidents Valdas Adamkus and Algirdas Brazauskas without the slightest distortion. After my photographer is done with him, he thanks by saying “labai ačiū” (having suggested taking a shot against Vilnius panorama – to make the image more interesting). “I can also say 'į sveikatą' (cheers),” he laughs.

Kwaśniewski came to Vilnius to the international conference on drug addiction Harm Reduction. When I warn him that we will not be talking about drugs but rather about Polish-Lithuanian relations, he sighs: “I'm not sure if we can talk about our complicated relations without getting high.”

– It's been seven years since you stepped down as the president of Poland – a fair amount of time to observe your country's policies from the outside. Poland used to be one of the strongest supporters of Lithuania in its strive for NATO and European Union membership. What do you think of the current state of Polish-Lithuanian relations?

– Oh my God! This is a difficult question. I will start with my experience. I was president from 1995 until 2005. Those ten years were a crucial time for both Lithuania and Poland. We were fighting for our membership in NATO, which we achieved in 1999, and the EU, member of which we became in 2004.

Everything what I have done was in order to create the best contacts and to support Lithuania on those two ways - to NATO and the EU. Especially with NATO, it was extremely complicated. You had a very strong opponent to your NATO membership, it was Russia. I will remember for my entire life the NATO summit in Prague where, finally, the three Baltic States were awarded membership. Really, it was a historical moment and very touching time in this conference. For all of us it was absolutely clear that this was the real end of WWII. We had now the three Baltic States, that had been victims of Stalin's and Hitler's politics, in the Euroatlantic family.

Why I'm speaking about this? My idea was not only to support Lithuania in its strategic goals but also to create the best bilateral relations. I spoke many times with your presidents and ministers on all those questions that are problems in our context, namely the problems of schools, names, etc. My impression was that many times we were very close to finding a good solution and compromise and to finish this problem. Unfortunately, it never happened. There were some delays and some problems in Lithuania with political forces.

Unfortunately, I finished my ten-year presidency. I remember a farewell meeting organized by president [Valdas] Adamkus in Druskininkai. Brazauskas was there. For me, it was absolutely fantastic that I could meet my Lithuanian friends and say that the main goals had been achieved. Our countries are in the EU and NATO. Unfortunately, I could not say that the problems between Poles and Lithuanians had been solved.

Then I finished my presidency. My expectation for the next years was and still is - we should use all this positive experience of the EU to find good solutions for these problems. We have some examples from the EU how to manage the situation of the minorities, what to do with education, schools, laws, etc. and we can use them.

I want to be frank with you - when I discussed my position here with the Polish minority and Polish organizations, I said many times: you're Lithuanian citizens so you have to be loyal to your country first. Secondly, you have to speak Lithuanian. I understand that it's not the easiest language in the world. That's a problem, of course. But first of all, it's your duty to speak the language of your homeland. Then, on the other hand, we will support you for the protection of your rights as a minority.

After my presidency, I was expecting that, using all these European laws and rules, we could solve these problems. Why it did not happen, frankly speaking, I cannot explain to you. I don't know. Something's happened in our relations, something's happened here in Lithuania.

But all right, that is history. What's in the future? I think we really have a change - we have a new government in Lithuania. I respect the position of this government very much and especially that of minister Linas Linkevičius, who visited Poland and said such important declaration in our country. For the first time in history, we have a very unique situation - there's the Polish minority party in the ruling coalition. I think it is the time to find good solutions.

From the Polish side, we should be very open but very sensitive at the same time. We should understand the historical context which is not easy. Our history was quite complex and, on the Lithuanian side, history is sometimes different from the Polish point of view. But it's quite natural.

Now, in the 21st century, when we have such opportunities like now, the willingness of your government to solve the problems, with Polish sensitivity and openness and patience we should find good solutions.

– After the Lithuanian-Polish Friendship treaty of 1994, we seem to have sunken into forgetfulness while tangible problems were left unsolved.

– It's absolutely right, I fully agree with you. It is something that should be a very important message to all politicians, intellectuals, NGO's, etc. It is not enough to say that, behind us, we have a long common history or to sign treaties and that's all. No, it is something that we have to enrich step by step, to protect if it is necessary, develop, etc.

I think the infrastructure of the contacts between Lithuania and Poland is excellent. We are in the same military pact, NATO, we are in the same union – the EU. We are neighbours, we have totally open borders. We have quite huge tourism from Poland to Lithuania and from Lithuania to Poland. I think we should work much more on some kind of a social debate, contacts, university scholarships for students. We should have not only political visits in the sense of protocol, but much more political events together. Especially because we have some anniversaries. It's not a big problem to find a reason for good meetings of young people, intellectuals, professors, artists, etc. In your question, there's an answer to all these problems. We should not say that because we were in love many years ago, it will work. Like in personal life, you have to protect your good feelings and good thinking every day. If you don't, you don't stand a chance.

What you've said, it's a good recipe not only for good relations between Poland and Lithuania, it's good for contacts between all nations in the world. We have to protect all these positive things and to make even small steps, but very often.

– Tensions in our bilateral relations had abated somewhat, until last summer, when Polish Foreign Minister Radoslaw Sikorski said that the Polish minority in Lithuania had their rights undermined. He also said that a new dynamic was possible only once Lithuania legalized original spelling of Polish names. Would that truly be enough to achieve a reset?

– My advise to everybody in Poland is to protect everything what's good in our relations. Second, not to create new problems. And third, to understand that we are a bigger country, we have more people, therefore we should be more sensitive. My understanding of politics is that if you're stronger, you should be more sensitive. Otherwise, if the stronger partner lacks this sensitivity, it looks like arrogance. That is wrong.

Today, the list of problems is well-known. The problem of names, I think, is not very serious and should be solved by the Lithuanian side. Because, I think, it is not a real problem. I think it's time to eliminate all these negative things because, in my opinion, it's so easy to destroy all the good thinking, good feelings of people – and so difficult to build something positive. That's my advise to everybody: please, protect everything what is good, eliminate problems and then we'll have a future quite easy in front of us.