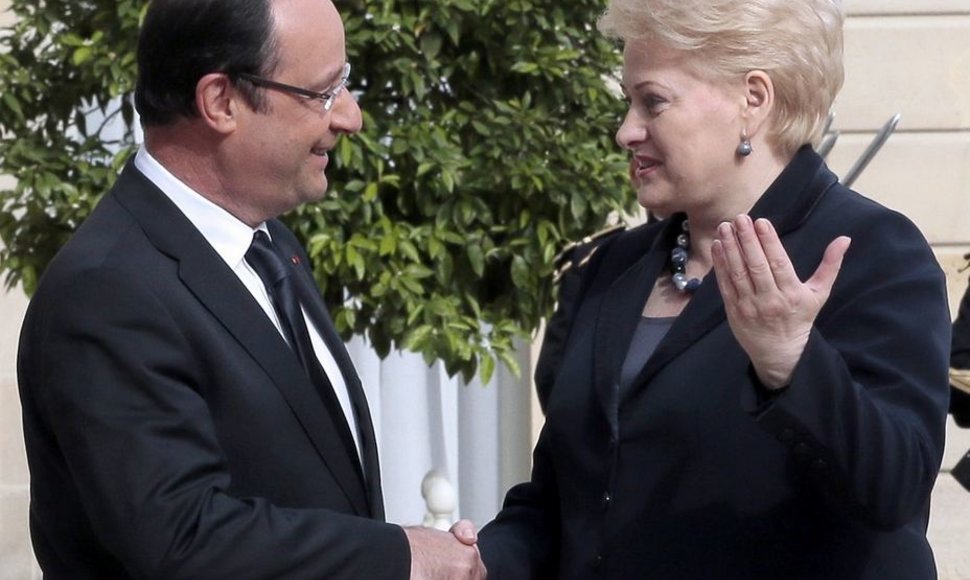 After discussing the Lithuanian EU presidency's priorities with her French counterpart Francois Hollande in Paris, she told BNS that media reports on the US agencies spying on EU institutions raise concern and that the EU expects explanations from Washington.

But, the president adds, the free trade talks are a separate issue which was agreed on earlier.

"The talks with America on a free trade agreement is a slightly separate issue. The mandate and decision on the launch of the talks have already been issued. It's a very long process. Based on our most optimistic estimates, the talks might take even two or more years," the president told BNS by phone from Paris.

"So all these issues should not have a direct impact, especially since we truly believe that we'll manage to find a common solution with the United States," Grybauskaitė said.

The Lithuanian president also believes Washington will provide explanations demanded by EU officials and some countries in response to media reports that the US bugged the EU's diplomatic missions abroad and its headquarters in Brussels.

"With no doubt, the European Union is concerned. The American side has been asked to provide additional information in response to those media reports," Grybauskaitė told BNS.

"We at least have a reactions from the United States that the United States is ready to cooperate in clearing up these issues. We expect answers, and I believe we'll find common solutions," the Lithuanian president said.

Meanwhile, French President Hollande said after the meeting with Grybausakitė that the EU should have a common position on the issue.

"Europe must have a coordinated, common position on the requirements we need to come up with and the explanations we must ask for," he said, cited by French news agency AFP.

Lithuania took over the rotating EU presidency for six months on July 1.