Number of cyber attacks increased by 1.5 times during the lockdown in 2020

Survey: two in three Lithuanians plan to get vaccinated against COVID-19; vaccine safety quoted as main concern for refusing the jab 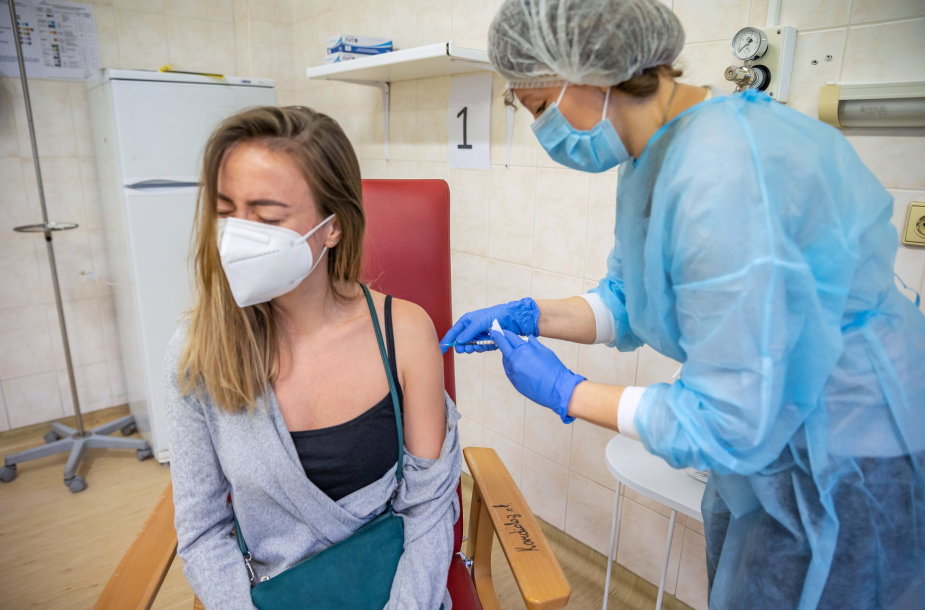 According to a public opinion survey conducted in January 2021, more than two-thirds of Lithuanians intend to get vaccinated against COVID-19. However, only one in three people currently feel that enough information is available on the vaccines. The pandemic and related restrictions are also more likely to have a negative impact on the mental health of young people and women.

Commissioned by communications agency Bosanova, a public opinion survey revealing the impact of the pandemic on Lithuania’s citizens was conducted by data services provider Norstat.

Asked if they intend to get vaccinated against COVID-19 when the opportunity arises, 46% said “definitely yes”, while 21% indicated “quite likely.” These were typically older individuals with higher education levels, living in major cities and earning higher incomes.

9% indicated they would definitely not get vaccinated, while 10% responded they were probably not getting the jab. 14% of respondents confirmed they were yet undecided. Scientists note that to form herd immunity, around 70-90% of the entire population needs to be vaccinated.

Refusal of the vaccine due to safety concerns

As shown by the survey, refusal to get vaccinated against COVID-19 seems to be influenced by a variety of reasons. When indicating the most important reasons for not accepting the jab, 57% of people answered they had concerns over the vaccine’s safety. 29% of respondents believed that the vaccines are a way for the pharmaceutical industry to profiteer, while 18% do not believe the vaccines work at all. 16% of those not intent on getting vaccinated say they won’t do so because they think that COVID-19 is a political conspiracy.

According to Vytautas Matulevičius, managing partner at Bosanova, these numbers should make the Lithuanian government pay closer attention to the current situation. Hundreds of thousands of Lithuanian citizens are being undermined in the public domain due to their unwillingness to get vaccinated.

“With most of society turning away from those not intending to get vaccinated, they become the target of the propaganda machines of hostile states aiming to amplify divisions amongst the public. Yet most of those reluctant to get vaccinated are simply concerned over the vaccine safety which is very natural. The government, therefore, needs to have an open and honest conversation with these people,” says V. Matulevičius.

The managing partner of Bosanova explains that opposing, sometimes even ambiguous messages filtering through to the public lead to chaos and confusion. Disinformation and fake news contradicting expert opinions, particularly on social media, breed doubts around the vaccines as well as the credibility of the government itself.

One third lack information on vaccines

29% of the respondents believed there was enough information available on the COVID-19 vaccines. Another 37% indicated the information was sufficient enough. This trend was seen in older respondents.

Almost a third of people, however, did not think there was enough information on the COVID-19 vaccines or not as much as there should be. In terms of what could help them receive more information about the vaccines, the respondents were able to choose from three options.

Women and young people most affected by the pandemic

The countrywide lockdown has helped drive the infection curve downwards, but adhering to the requirements has negatively affected the population’s wellbeing. When asked whether they’d experienced any negative emotions over the past month, every third respondent pointed to anxiety and sadness, one if four confirmed they had felt irritated and one in five admitted to feeling angry. These negative emotions were more frequently experienced by women and younger participants in the survey.

“It is completely normal that the pandemic is having an impact on everyone’s mental health. COVID-19 has been a dominant topic on news portals, social media and in household conversations for over a year now. Scientists are already talking about pandemic exhaustion and even empathy exhaustion when the prevalence of constant negative news in the information space makes us become indifferent to them. The way out of this emotional situation is no less important than overcoming the pandemic itself,” says V. Matulevičius.

According to the managing partner of Bosanova, the COVID-19 pandemic has become the first universal crisis for many young people, particularly generation Z, during their independent existence. In addition, the lockdown and subsequent school closures have had a strong impact on young families with small children.

Studies have shown that women in Lithuania are more likely to experience commitment conflict between their work and family duties. Women in Lithuania are still largely expected to take care of household affairs and raising children. So it is very likely that the pandemic had the most acute impact on women, who are having to deal with the greater burden of additional responsibilities as a result.

The representative online survey was conducted in January 2021 by public opinion and market research company Norstat at the commission of communications agency Bosanova. During the survey, 1,000 Lithuanian citizens aged above 18 were interviewed. The distribution of respondents was proportional to the distribution of the Lithuanian population per gender, age and place of residence.