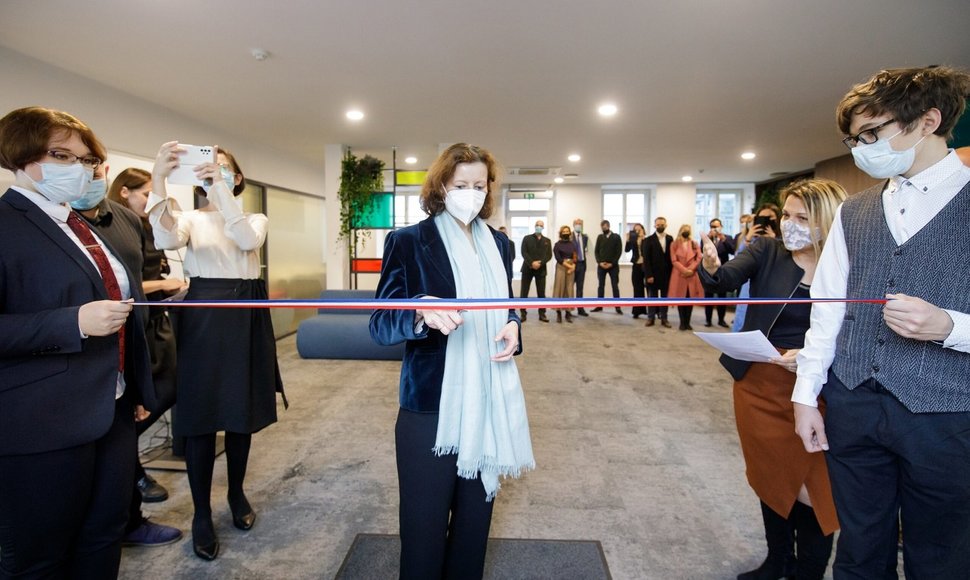 The lyceum settled in a building complex alongside Vilnius’s defensive wall on Subačiaus St. 7-11. The school has over 6,000 square metres of premises, with modern classrooms, a natural sciences lab, two libraries, and spaces for group work and student leisure. Primary and middle school students currently study here.

The result of three years of work

“It is a great day for our school today, dawning after three years of thorough real estate project analysis and searching, three months of intensive negotiations and almost a year of work,” the lyceum’s head Florence Llopis said while escorting the inauguration’s guests along the corridors of the historical building, which was adapted for the middle school. 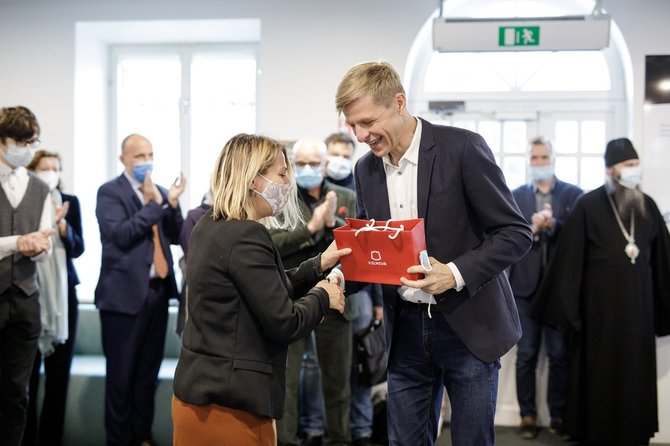 Vilnius Mayor R. Šimašius at the official inauguration of the new the Lycée Français building in Vilnius. Photo by Raminta LevandraitytLiudas Masys

R. Šimašius recalled meeting the lyceum’s community three years ago: “The municipality knew that the lyceum is seeking a new building for expansion and tried its hardest to help. You chose the best option. We are glad that this school exists in Vilnius. You are a part of the city’s large education community.”

French Ambassador to Lithuania Alix Everard celebrated the lyceum’s growth – from several tens of diplomats’ children in 1992 to 550 students from around the world today. “The initial goal of French schools abroad was to accept French children overseas to so-called “embassy schools.” Today, there are 541 schools around the world where not only my countrymen study but also locals and foreign citizens. In Vilnius, Lithuanians comprise a majority of the students. It is a great honour to us that you value French education. You can be certain that we will prove we are worthy of your trust,” the ambassador said. 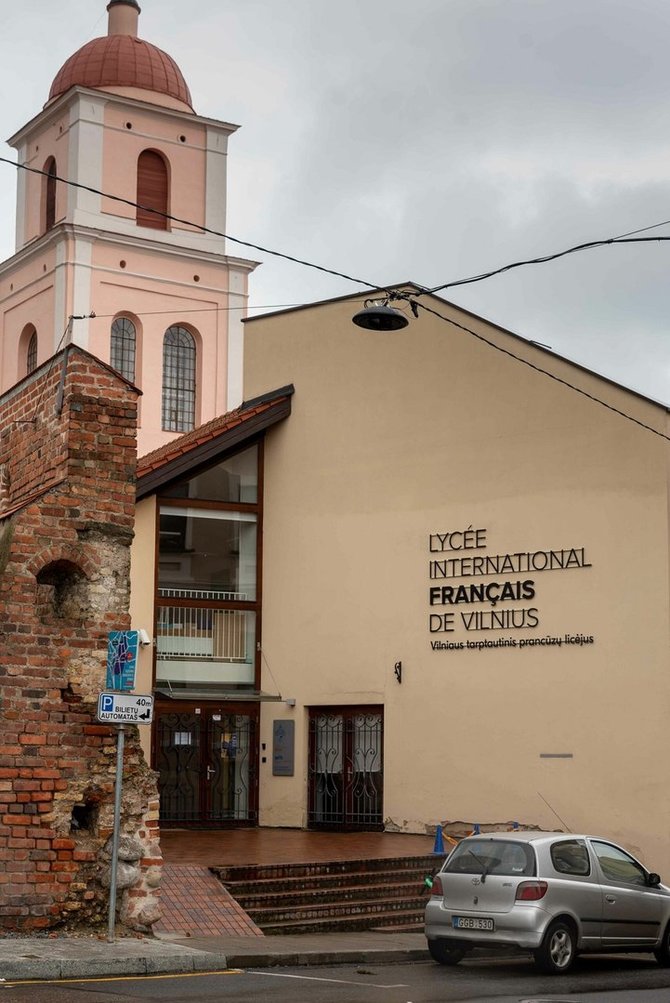 A. Pranckevičius congratulated the community on behalf of the Ministry and offered thanks for the lyceum’s important contribution to maintaining excellent diplomatic relations between Lithuania and France since they were restored thirty years ago. The vice-minister mentioned the multicultural tradition of Vilnius, which is excellently reflected by the International French Lyceum: “This school’s students become ambassadors of Lithuania, of France and of Europe, being excellently prepared for the challenges of our contemporary world.”

The Agency for French Education Abroad (AEFE) of the French Ministry of Foreign Affairs supported the fitting out of the building. AEFE director of development B. Valery emphasised the importance of the school environment to the education process and assured that the Agency is continuing its commitments to the lyceum in Vilnius in seeking to ensure education quality. The Lycée Français classroom in Vilnius. Photo by Raminta Levandraitytė

The largest international school in Vilnius

The Vilnius International French Lyceum is the only international school operating in the Lithuanian capital to offer educational processes in French based on the French national education programme, with a particular focus on foreign language teaching. Lithuanians study their native language based on the Republic of Lithuania Ministry of Education, Science and Sports programmes. The lyceum is part of AEFE, one of the largest international school networks. Graduating students take the French middle school exit exams and receive a French Baccalauréat diploma. Currently, 550 students aged 2 to 18 study at the French lyceum. The institution is divided in two sections. Pre-school (kindergarten) and first-grade classes are based in Antakalnis, Šilo Street.