M. Stankūnas critical of restriction reductions: we could have 3,000 daily infections already in May

Sanctions could have a consequential impact on EU-China relations, Lithuania’s Beijing policy already being reviewed

Does Lithuania withdraw from the 17+1 format? The URM sees “more purpose participating in a format with all EU countries”

Multitasking – a must-have skill for the modern world. What helps develop it?

Dr Diana Satkutė: When will the dinosaurs go extinct? 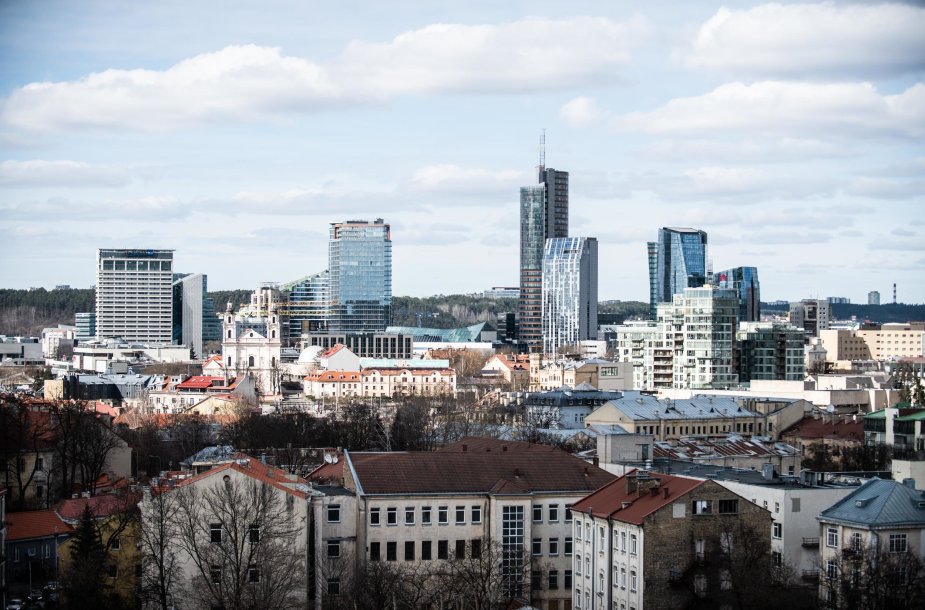 Preliminary calculations by Citus analysts indicate that the first quarter of 2021 has ended with yet another record month. In March, as many as 966 apartments and terraced houses were reserved in the capital’s primary housing market, while the entire first quarter saw a record of 2,446 properties reserved. This is almost a 50% increase year on year as compared to last year (1,546) and 24% more than over the three final months of 2020 (1,970). When the quarantine began in March last year and the market froze, there were almost 3.5 times fewer reservations compared to 291 apartments reserved in March 2021.

Sales of economy class housing rose by 50% as compared to last year, luxury class sales – by 42%, middle class – a staggering 79% and the prestige class – 5%.

Kaunas’ entire “surplus” plus ten sold within a month in Vilnius

“Such market figures are surprising and positive but there are also red lights flashing,” says Šarūnas Tarutis, investment and analysis head for real estate project management company Citus. “On the one hand, for a while now we have been discussing how the capacity of Vilnius housing market’s is higher than previously thought. Compared to some Polish cities, which are similar in many regards, such as Krakow, Poznan, Wroclaw or the Finnish capital of Helsinki, 800-1,000 reservations per month is considered normal. This number is in line with the growth of the city and the standard of living here.”

On the other hand, the expert notes, what matters is whether the market is stable and sustainable, i.e. whether the housing market is mature. According to Tarutis, such volumes of new housing sales were achieved in the Lithuanian capital within just a few months. If growth becomes moderate and activity levels on the market remain at current levels for another six months or longer, the situation will stabilise. The surplus will increase and price hikes will decrease. However, if growth remains as strong as it is now, the market will begin to heat up.

“There are many explanations for this customer activity, but one of the most important reasons is a strong pressure to make a decision to purchase a home quickly which is caused by rapid price growth and a decrease in supply. This becomes a vicious cycle because, due to the demand, prices continue growing and supply cannot keep up with the pace dictated by buyers. This could potentially lead to a housing bubble,” explains Š. Tarutis.

In late March, the housing surplus (supply) in Vilnius was at 4,381 apartments, which is almost a fifth less than the same period last year. If the current pace is kept up, the entire surplus could potentially be bought out within less than six months.

The biggest fall in demand occurred in the prestige class, which is reflected in the decrease of sales. The surplus in this tier was at 331 homes by the end of March. The luxury class supply also contracted, with 518 apartments remaining, while the middle class saw the largest increase in sales with buyers offered even more of these properties than the economy class homes – 1,784.

Over the year, the options for economy-class housing decreased by 11%, down to 1,780. However, with sales growing this fast, the situation is becoming especially difficult in this segment. On the other hand, the improving standard of living in Vilnius also indicates that the middle class has essentially caught up with economy class both in terms of demand and supply.

March 2021 saw Citus achieve their best results in history – 75 apartments and terraced houses (52 in Vilnius, 23 in Kaunas) were reserved within the projects managed by the company. During this quarter a total of 186 homes found their buyers, which is also the best quarterly result for Citus. Last year 49 homes were reserved in Citus’ projects during one quarter, with 175 properties reserved in 2019.

Lithuania’s second-largest city saw 124 homes reserved in March. This is more than double compared to the results of the same month in 2020. The previous difference between the “capacity” (average pace of monthly new home sales) of the Vilnius and Kaunas primary markets has gone from five-six times to almost eight times last month.

Over the quarter, property developers in Kaunas supplied 305 new apartments and terraced houses to future residents, while in 2020 the number was only 193, which is 58% less. That said, over the last quarter of 2020, the result was higher – 336 reservations.

Dr Diana Satkutė: When will the dinosaurs go extinct?

Multitasking – a must-have skill for the modern world. What helps develop it?

Sanctions could have a consequential impact on EU-China relations, Lithuania’s Beijing policy already being reviewed

Does Lithuania withdraw from the 17+1 format? The URM sees “more purpose participating in a format with all EU countries”