Flat prices in Vilnius will rise by 16 per cent. Buy one today! Better yet, buy two! 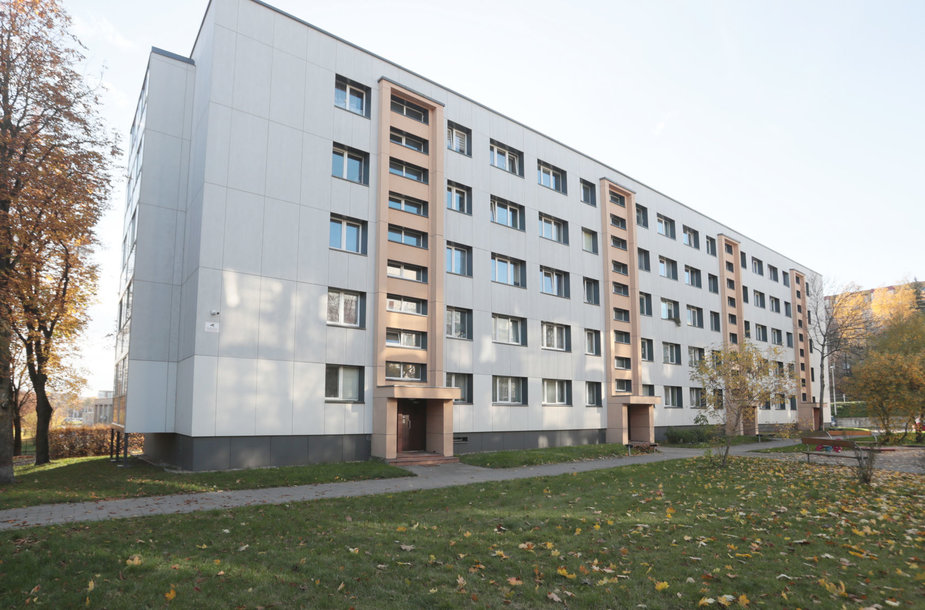 I am often asked when is the best time to buy property, and whether the property will become more or less expensive. Consider that last year there was a notable rise in demand (40 per cent). However, there was also a drop in the number of building permits being issued (in Vilnius, by 14 per cent). That is why it is likely that this year the supply of newly built properties will fall.

The basic rule of economics states that when supply falls or demand rises (let alone when both are true), prices should rise. Due to this state of the market in Vilnius, prices could rise as much as 16 per cent. I can only advise people to buy their property now. If their means permit, they should even invest in a second property.

Less experienced homebuyers would likely fall for such a message and take rash and irrational decisions. Is the above recommendation real? It is, at least partly. The statistics describing demand and the number of building permits issued is correct. However, the assumption that these will notably reduce supply and raise prices is wrong. Such as jump in price is not being predicted, and we recommend you choose your home carefully, and according to needs and repayment ability.

So, is this an example of fake news? Head of Lithuania‘s Radio and TV Commission Mantas Martišius says that it is difficult to say what fake news is. There are multiple types and classifications available: clickbait articles, poor journalism, misleading headlines, propaganda, satire, parody. The problem is that people are not always able to distinguish the content. In cases where information is being shared very fast, the speed of information spread makes selecting the information even more difficult.

The Chairman of Lithuania‘s Journalist Union Dainius Radzevičius is inclined to describe fake news laconically: any false messaging. The topics can be broad: from horoscopes to speculative economic forecasts.

Today, the majority of economic indicators are rising. It is difficult to disprove that quality of life in Lithuania is improving. Wages are growing both in Vilnius and Kaunas (according to SODRA, when comparing November 2019 with November 2018, wages in Vilnius grew by 15,5 per cent, and in Kaunas by 15 per cent), GDP per capita is rising (Department of Statistics data indicates that growth between Q3 of 2018 and Q3 2019 amounted to 7 per cent), the number of employed people is increasing (according to SODRA, growth between October 2018 and October 2019 amounted to 7200 new employees in Vilnius, and 2200 in Kaunas).

However, there are periods when rising prices cause speculative activity: statistics are being cherry-picked, unrelated data is being compared, different periods are put side by side. All these and other efforts mislead consumers. For example, during the first quarter of 2019, there was a sharp drop in the sales of newly built houses during one of the three months (it is a yearly occurrence for that month). This has led to claims that the market will crash and a drop in prices will follow. However, by the end of the year, the property market overall grew by 40 per cent in Vilnius and Kaunas, beating all previous records.

The situation is further complicated by the absence of reliable sources of statistics, which would allow any person to reach a fact-based opinion. The majority of if businesses are trying to be objective about market circumstances, however data, for many reasons, differs among them. Event government institutions, collecting important data, do not possess all the relevant statistical insights.

Why is this dangerous?

Market and consumer data portal Statista.com claims that this year the number of social media user around the world will reach 2,96 billion people or 40 per cent of the entire population. The benefit, as well as shortcoming, of social media, is that every social media user can publish any information, which becomes accessible to thousands of people instantaneously. Research centre journalism.org also found that 60 per cent of Americans turn to social media for news. As a result, social media has become the carrier of “fake news”, and the newly found opportunities are being exploited for dubious goals.

Social media networks have faced the issue of fake news for several years now in the form of false, falsified news or information and propaganda influx. Fake news can target an individual, group, business or a state. Fake news becomes particularly active before elections and is used to discredit politicians or parties. Perhaps the best-known example is the elections of the latest US president. The impact of the example is being discussed to this day. During those elections, a troll farm was created in Macedonia which largely shaped the definitions we use today.

However, fake news is a head-ache not just for politicians, which is why I believe it is important to discuss this situation from a business perspective. Famous economist and Nobel prize laureate Robert Shiller has ever said that the cause of even the financial crisis from ten years ago has happened due to “narrative economics”, meaning it took place due to stories being told, and not due to fundamental economic phenomena. This has cost the economy around 2 trillion dollars.

Fake news may be closer than you think. Lithuania‘s military-strategic communication department‘s senior specialist Auksė Ūsienė claims fake news can reach and impact any business directly. She adds that there are at least two directions that fake news can take: they can be directed against an individual business or the economy of a country. It distorts reality and sows distrust in the country. This causes emigration, brain drain, failure to attract foreign investments, creation of an environment of negativity; all this create a massive negative impact on the country‘s economy and business.

For business, fake news can create short- and long-term damage. It could scare away clients, damage its reputation, reduce confidence in the business sector as a whole and, finally, negatively impact employees.

You don‘t need to go far to find strong examples. Companies who were impacted include Coca-Cola1, as well as Metro Bank2 in the United Kingdom. In Lithuania, there is an example from 2013 when it was claimed that „Swedbank“ is going bankrupt. People besieged ATMs, there was a shortage of cash, and this, in turn, caused even higher panic.

“CITUS“ also faced the consequences of fake news, which resulted in 400,000 EUR of loses and led to major reputational challenges. One notorious law firm bought a plot of land, which was close to a project being developed by the company, and wanted to sell the plot at an inflated price to CITUS. When the company refused to buy it, complaints started flooding in, and the media became full of fraudulent messages about the projects “harm”.

Lately, the danger of fake news has risen due to social media. The more significant portion of the world is registered with social media platforms and any user can create content that can reach audiences consisting of millions of people. Content-control, however, is weak, because it contradicts the principle of freedom of expression.

Ten years ago, if a person bought a pack of milk and found a fly in it, it is likely that this situation would result in a complaint and a few heartfelt apologies. Today such a discovery would be uploaded to social media in seconds. There is nothing inherently wrong in this, at least until manipulation and fake news get involved.

How to stay safe?

In part, correct messaging reduces trust in the market and forms opinions that people are being pushed to make rushed decisions. However, because of the high pace of life and the crushing amount of information we process, it is complicated to filter out the real messages from the fake ones.

In any case, here are my recommendations when making decisions, especially important ones:

When facing fake news targeting a company, it is vital to evaluate this as a crisis and react quickly. The biggest mistake is to think that this will all go away on its own. Such thinking can cost you your reputation, and building it back is very hard. Having a risk and crisis management plan would help to react faster and more effectively when making decisions.

It is crucial to prepare in advance to be ready to act at any moment: