Šiauliai FEZ shifts to the fastest gear: the region becomes a logistics and manufacturing hub 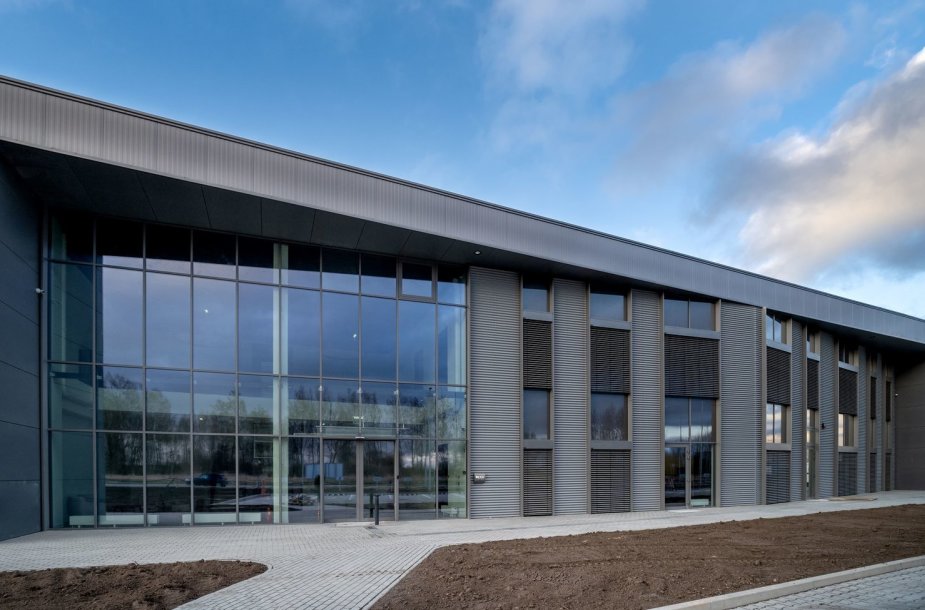 Šiaulių LEZ nuotr. / Šiauliai FEZ
Source: 15min
The pause caused by the pandemic was temporary, as businesses renewing their expansion plans and actively looking for a suitable location for investment. For the Šiauliai Free Economic Zone (FEZ) in northern Lithuania, this year could be a record-breaking year in terms of development. City and FEZ leaders, as well as FEZ partners, are of the same opinion: the true potential of the zone, located at the unique intersection of rail, road and air transport, is only just beginning to unfold.

Out of 130 ha of Šiauliai FEZ, 9 ha were leased, and now has been home to companies such as Bär Cargolift, Plus Windows, RD Signs and Medicinos linija. Artūras Klangauskas, CEO of the Šiauliai FEZ, says that the lease of 7.5 ha has been agreed with a new investor, and by the end of the year it is expected to attract investors to another 15 ha of the economic zone.

"By the end of the year, we expect to lease 22-23 ha of plots in the economic zone to investing businesses, which would be our fastest expansion since the beginning of our operations. After a pandemic hiatus in 2020, we are receiving a high number of inquiries this year. We are in contact with business and, if our plans are confirmed, this year will see a record expansion of the Šiauliai FEZ. The tax environment, wage levels and high skills of the workforce continue to keep Lithuania on the radar of investors, but Šiauliai has particularly good logistics for raw materials and products, and the city's government supports the arrival of investors, providing excellent infrastructure from transport to social and other services," says Klangauskas.

City Mayor - Investment is the heart of economic recovery

Šiauliai Mayor Artūras Visockas sees attracting investment as much broader than just taxes or new jobs. According to the Mayor, for a city renowned for its expertise in the electronics, plastics, furniture manufacturing and assembly industries, the companies that set up here are a prospect for the whole city.

"The Šiauliai FEZ, together with the industrial park, are the heart of Šiauliai's economic recovery. It is here that high value-added manufacturing companies are springing up one after the other. Our goal is to grow the city. And this is only possible by attracting the attention of young people who are thinking of settling here, by offering a good place to work. It is the creation of these jobs that makes the FEZ and the industrial park extremely important for the life of the city because it also means the prospects of the whole city," the Mayor of Šiauliai has no doubts.

The head of the Economic and Investment Department of the municipality says that the economic and social benefits of the FEZ for the city are enormous. According to Aistė Petkuvienė, it is a place where businesses with high added value create jobs, and where the inhabitants of Šiauliai and the surrounding districts are attracted to work.

"Investors identify one of the biggest advantages of Šiauliai City Municipality as its efforts to resolve all important issues and problems as quickly and efficiently as possible. Investor services are given special attention here, and a responsible specialist has been appointed to ensure that all issues are dealt with on a one-stop-shop basis," says A. Petkuvienė.

Šiauliai's geographically privileged location means that it has well-developed road and rail transport, which provides quick access to air and seaports in Lithuania and neighboring Latvia. In addition, Šiauliai International Airport, which operates close to the FEZ area and is cargo-oriented, provides manufacturers with the opportunity to access air freight services without having to travel far from the production site.

"We have the longest runway in the country, which allows us to take or land even the largest fully-loaded aircraft without any problems. Such aircraft need a longer runway to take off, just as they need a longer runway to stop after landing. The 3.5-kilometer runway at Šiauliai Airport is unique in the Baltic States and gives us a significant advantage over other airports in the region," said Aurelija Kuezada, CEO of Šiauliai Airport.

She does not doubt that the partnership with the Šiauliai FEZ will allow investors to benefit from exclusive advantages. In addition, Šiauliai Airport already has an open-air bonded warehouse, the operator of which, Rava Cargo, leases cargo aircraft and is ready to provide a wide range of cargo services.

According to the Head of Šiauliai FEZ, the business's desire to invest is supported by active consumption, which allows it to actively undertake development projects.

"Consumption is definitely continuing to grow, so businesses feel confident in taking up new development projects again. After the stagnation experienced last year, this year we are receiving new inquiries every week from companies looking to invest. Of course, free economic zone status is attractive because of the tax breaks on profits, real estate, and in some cases, dividends, but that's not the only reason why we are getting so much attention. Šiauliai is undoubtedly becoming a significant manufacturing and logistics hub, able to attract the attention of investors both locally and internationally," says Mr. Klangauskas.

The Šiauliai FEZ is fully prepared for new greenfield investments and offers a well-maintained basic infrastructure: roads and engineering communications. The city is also actively showing its concern for attracting investments. According to A. Petkuvienė, Head of the Economic and Investment Department of the municipality, a new railway track is currently being designed for the Šiauliai Industrial Park and the Šiauliai FEZ, and railway loading yards will be built on an area of about 25,000 square meters.

"The total area where investment conditions in Šiauliai will be improved amounts to 172 hectares," says the municipality.

Investments in the Šiauliai FEZ already amount to €23.5 million. Moreover, the value of investments is expected to reach over €150 million within next two years. Paradoxically, due to the industrial climate and the competencies that attract investors, the average wages in Šiauliai are lower than in other regions of Lithuania.