With the real estate market heating up, newly-built homes are being bought out even at the blueprint stage. A representative survey performed by Spinter Tyrimai in Mya found that when choosing a new home, Lithuanians are most concerned with its energy efficiency class, the quality of the construction work, and sound isolation. However, real estate developers caution that buyers cannot suitably gauge some of these aspects prior to purchasing a home.
Source: 15min 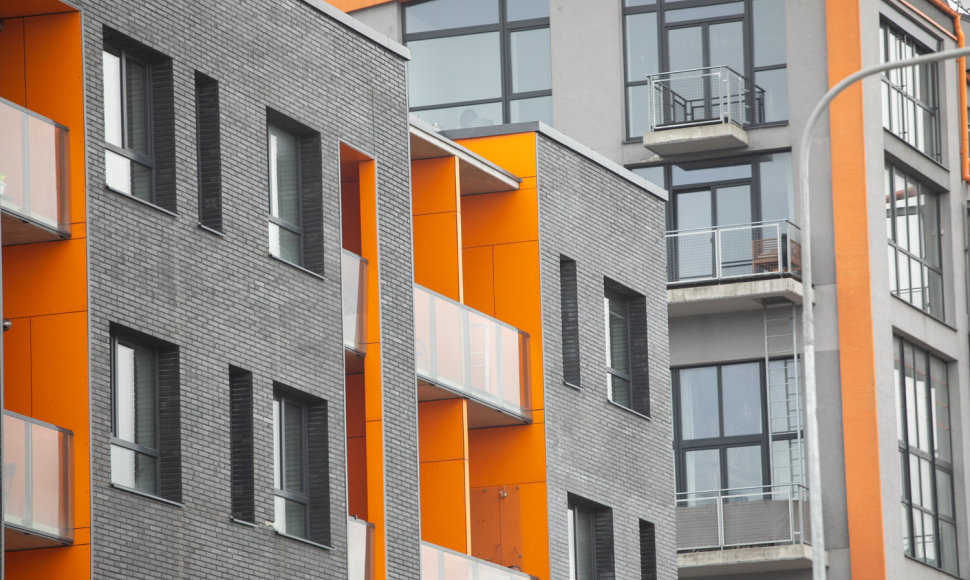 When considering an apartment building's advantages, 71 per cent of respondents thought it is most important to take note of its energy efficiency class. According to the project head at general contractor Versina, Aleksandr Inozemcev, customers typically seek as high as possible energy efficiency. However, few know the difference between A+ and A energy classes.

"The energy class indicates how efficiently the building makes use of energy to ensure core functions, for it to be warm and impenetrable, and the higher the energy class, the greater the energy efficiency. An A+ class apartment is notable for greater comfort and lesser heating expenses because better thermal isolation materials are used for its construction, and the building's ventilation system is set up to retain impermeability," says A. Inozemcev.

A survey has revealed that for new construction apartments, sound isolation is mostly valued by respondents without a completed secondary education (74.6 per cent). In contrast, those with a higher education prefer a high energy efficiency class (79 per cent), while sound isolation remains in third for them.

"Home sound isolation is key for living quality. If you constantly hear your neighbours' footsteps and conversations and backyard noise while you are at home, no level of energy efficiency class or window-view can counteract this. It's better to live not only warmly but also comfortably in privacy, and the highest-class sound isolation ensures that residents will neither hear what is happening beyond the walls of their home nor will the sounds they make reach their neighbours. Only by checking all components can you achieve comfortable living conditions," says Inozemcev.

According to the study, women and residents of smaller cities and rural areas and students consider sound isolation more often.

"Usually, real estate buyers and sellers think that in order to obtain a more peaceful home, you should seek a new apartment in more remote parts of the city or its suburbs and residential districts. However, if you choose an apartment with particularly high-class sound isolation, you can have your oasis of calm even in the city centre," Inozemcev assures.

Construction materials are important for acoustics

Half of the respondents thought that when choosing a new home, the apartment's location is important, particularly considering its location in terms of street noise.

"In Lithuania, buyers are unwilling to live near streets with intensive traffic, not only due to the noise but also pollution. But, on the other hand, residents are particularly concerned with having good access to the city centre and locations they visit every day, such as major stores, learning institutions, and workplaces. And so they seek a compromise between where they wish to live, and a location close to their everyday route," the head of Versina emphasises.

"The materials used in constructing an apartment building have an impact on not only the building's thermal isolation traits but also its acoustics. For example, it depends on the monolithic building claddings, partitions, and external outdoor walls whether you will hear the noise generated by traffic or your neighbours. Decorative materials are also not there solely for aesthetics; they can also help retain heat and block out noise," says Inozemcev.

To find out the opinion of the country's citizens on the advantages of newly-constructed apartment buildings, Spinter Tyrimai interviewed 1010 respondents aged 18-75 on 18-28 May.