B. Čaikauskaitė. Leadership during a crisis: how to remain a leader to the end?

Creditinfo opens possibility for citizens to check their credit ratings 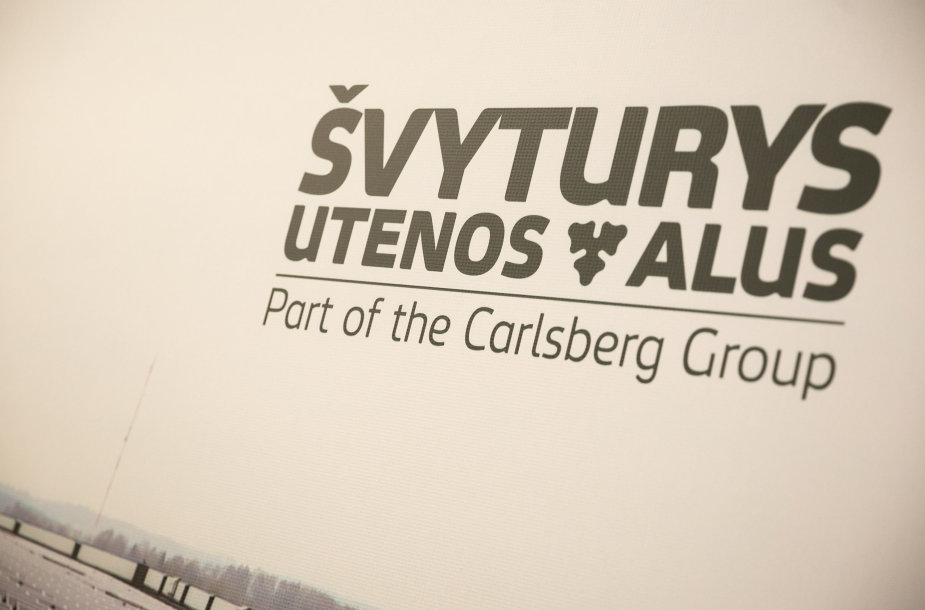 While in recent years, the beer market has been on a downward trend due to restrictions and poor weather during the warm season, the largest beer brewer in the country Švyturys-Utenos Alus (ŠUA) continues to post consistent growth – in 2019, the company’s sales revenue grew 4.3% to 170 million euro. The leading position and positive company results are achieved through consumer habit changes, consistent export growth and the brand’s growing strength.

In the face of prohibitions and excises – growing annual revenue

When presenting the company’s annual operations metrics, head of Švyturys-Utenos Alus and Carlsberg in the Baltic States Rolandas Viršilas emphasises productive numbers – over a year, ŠUA sold a total of 141.9 million litres of beverages, which was an increase of 1.9% over 2018. This led to 4.3% annual sales revenue growth, which reached 170 million euro (sales revenue reached 163 million euro over 2018). Despite the country’s contracting beer market, ŠUA beer sales rose 0.7% in 2019.

Comparing to 2018, the joint revenue of Carlsberg in the Baltic States over 2019 rose by 2.2%, reaching 324 million euro. The differing market dynamics in each of the Baltic States led to sales declining in Latvia (-10.1%), rising slightly in Lithuania (+1.9%) and remaining stable in Estonia.

“Last year, we achieved modest growth, however it is currently hard to predict the future – it is to a large extent also dependent on tax policy and the management of future economic risks. While as a company, we clearly lead in the market, we must admit that every year, exports become increasingly important to us, compensating the contraction of the domestic market,” R. Viršilas says.

According to him, the amounts of beer exported by ŠUA are rising every year and among the largest beer export markets we find Russia, Belarus, the UK, Germany and China. Over 2019, ŠUA’s exports grew overall by 11%, reaching 40 million litres. The largest growth compared to 2018 was posted in China (+121%). There was also significant growth in Belarus (+112%) and the UK (+62%).

Furthermore, last year there was much attention focused on the African export market. ŠUA exported over 1 million litres of Lithuanian cider to Ghana, Tanzania and other countries in 2019.

According to the head of ŠUA, in 2019 growth was observed in the highest quality beer segment’s popularity. This displays an emerging trend where consumers buy ever less affordable, economy class beer every year and are increasingly often choosing the so-called premium class beer. Sales of the latter comprised 33.5% of joint market value in 2019. Intermediary category beverages retain a significant position, holding 37.4% of market value.

“Non-alcoholic beer is currently experiencing a revolution, which is visible through fierce market competition. Nevertheless, ŠUA’s non-alcoholic beer sales remained stable in 2019, with 2% growth. We have observed that most non-alcoholic beer is purchased in summer, with last year the month of June being particularly prominent, with this segment taking an entire 7.3% of the value of all beer purchased then,” R. Viršilas comments.

2019 was also a record-setting year in ŠUA’s soft drinks sales. Compared to 2018, revenue from soft drinks rose by an entire 40%. The largest impact on this was made by the natural barley drink with juice Barley Bros, which was introduced to the Lithuanian market in 2019 and quickly gained popularity among customers seeking healthier soft drink alternatives.

Alongside the company’s results achieved last year, R. Viršilas also highlighted the strengthening of its sustainability. The Carlsberg group’s companies, including the Utena based ŠUA brewery, have for some time now been operating based on the sustainability strategy Together Towards Zero. In accordance with it, over the coming decade, all the group’s breweries are to reduce their CO2 emissions to zero and the CO2 footprint across the whole value chain by 30%.

Recently the Utenos brewery became the second Carlsberg group brewery in the world to obtain carbon neutral status. The company was also praised for its particular contribution in reducing environmental pollution. It was confirmed that the electricity used by the brewery was generated solely through renewable energy sources and is completely neutral in terms of its environmental pollution footprint.

This achievement spurred on the company to consolidate the change, thus from now on, Utenos brewery production released for sale from now on will feature special marking, which identifies that the product was produced from 100% renewable energy. The expectation is that the new product marking will draw public attention and strengthen the desire to contribute to change together, choosing environmentally friendly produce.

“We seek to raise ambitious goals and seek real change. A sustainable attitude is part of responsible business, this must be accepted as a new and unquestionable standard. In the future, we seek to continue optimising our processes and continue working in an environmentally friendly manner,” R. Viršilas stated.