November 5th, 2021 marks the launch of a special NFT (non-fungible token) auction. During a week-long event, a genuine oil painting, "Head with Legs", by the famous artist Oleg Tselkov will be auctioned together with the corresponding NFT. The project, organized by the Lithuanian company "SUPER HOW?" is designed to draw attention to the opportunities offered by blockchain technology in various fields which includes presenting art collecting to a broader audience as well.
Source: 15min 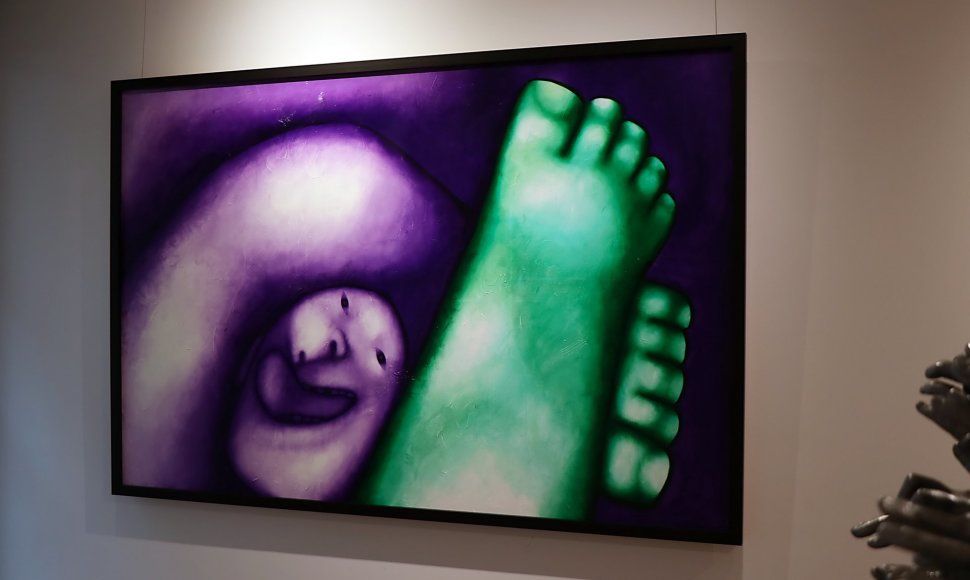 "We see the crypto world with an open mind. It offers a lot of opportunities and is based on decentralization. This "superhow.ART" project is one of the ways to show the public that times are really changing - each of us can become a collector of exclusive art. It also shows that not only digital but also physically existing, high-value art can be sold at NFT auctions," says Andrius Bartminas, the co-founder and CEO of "SUPER HOW?".

A painting by the famous Russian nonconformist Oleg Tselkov will be sold at the auction. The artist was recognized for his courage, and the controversy itself became synonymous with the artist's work. O. Tselkov was exiled from Russia, which led him to continue his artistic career in France. Oleg Tselkov's works can be found in the world's largest museums and art collections. Recently his painting at Sotheby's auction house was sold for several times higher price than estimated.

The auction will also feature a symbolic competition between big investors and the community or, in other words, between Whales and Shrimps. All Shrimps' bids will be accumulated into a pool, and together they will try to compete with the big investors and get partial ownership of the picture. If a Whale wins, they get the actual painting, and the corresponding NFT is assigned to them. If Shrimps win, it will be split into multiple parts, corresponding to the Shrimp bids. The painting will remain in the gallery but will become co-owned. If the Shrimps decide to unite and give their shares to one person so that it reaches 75% of the entire bid, that Shrimp can claim the painting and take it home.

"We want to check if whales are stronger than the community. Maybe the community will show that small market players with joint forces can win and become fractional owners of this beautiful investment asset," explains Vytautas Kašėta, the CEO of "superhow.ART".

There is no minimum value for the painting, as there is no reserved price for the auction - it will be decided by the participants.

"To tokenize fine art means you make it accessible to more people by implementing the partial ownership concepts used in "superhow.ART". All this is making a huge impact on art investors. They need to evolve together with the market and become more flexible and liberal if they want to keep their positions," claims V. Kašėta.

The auction structure is based on official Ethereum blockchain smart contracts technologies, which are decentralized and have a good defense against malicious activity, making security strong and reliable.

The auction provides guaranteed pseudonymity as no personal user data will be stored. Every transaction will use wallets and a smart contract to communicate, thus enabling the bidder to be identified but without requiring him to provide personal data.

The ones wishing to claim the physical painting will need to confirm their identity and prove that they meet the conditions set out in the contract.

"SUPER HOW?" is a private blockchain technology research laboratory. The company is one of the founders of the Blockchain Lithuania centre of excellence, a member of the BCCS cluster and the Crypto Economy Organisation and has been recognized as a Lithuanian innovative enterprise. The company specialises in DARQ technologies.