Utena brewery is the first in the country to eliminate CO2 emissions: exclusive status granted 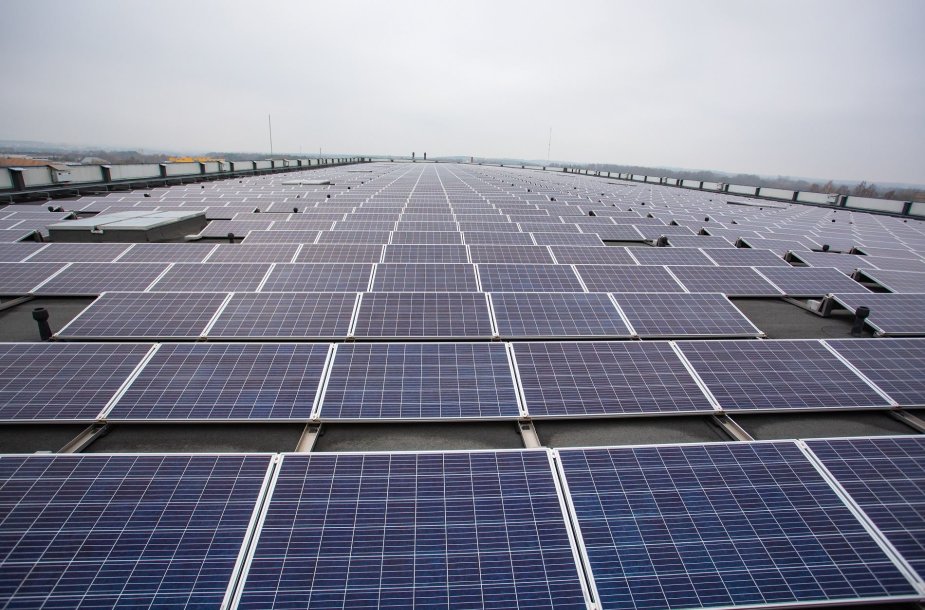 When presenting its 2019 operation results, one of the leading brewery groups in the world Carlsberg Group, which owns the Lithuanian beverage industry leader Švyturys-Utenos Alus, officially announced that the Utena brewery has been granted carbon neutral status. This confirms that the brewery is neutral in its CO2 emissions; this production is performed in it without polluting the atmosphere with added carbon dioxide, by employing renewable energy sources. Other than the Utena brewery, across the group, this status is held only by the Falkenberg brewery in Sweden and our country, this is the only brewery to boast of such an award.

Among the most environmentally friendly in the country

The Utena brewery became the second in the world Carlsberg Group brewery to hold carbon neutral status. The company was also praised for its particular contribution in reducing the environmental pollution. It was confirmed that the electrical power used by the brewery is obtained from certified renewable sources and is completely neutral in its ecological footprint.

“Being part of the international Carlsberg Group, we seek to raise ambitious goals and develop a responsible business through real work, not just through talk. Production innovations constantly being implemented in the Utena brewery are especially environmentally friendly and are already yielding tangible results. In the climate change context, this is particularly relevant and significant both at the Lithuanian and global levels,” Švyturys-Utenos Alus CEO and Carlsberg Group head for the Baltic States Rolandas Viršilas states.

According to R. Viršilas, around 14% of the required electrical power is generated in a 1 MW solar power plant placed on the roof of the Utena brewery, while for the remaining power required, it is purchased as certified green energy.

Contributing to reducing pollution is the duty of responsible business

“As you may know, Lithuania has committed to a 9% reduction in its CO2 emissions, compared to 2005, by 2030. Nevertheless, the amount of climate change inducing gas emissions in the country rose only slightly over the past decade; thus business contributions are crucial when seeking to reduce climate footprints. Every business chooses its path and its view of the environment: for some, it is important to avoid fines, others truly care about reducing pollution and thus contribute to reducing the progressing climate change consequences,” she stated.

E. Kairienė is convinced that the aim of reducing CO2 emissions is not only a commitment to the European Union but also a challenge for every individual and company, one that demands real change.

R. Viršilas echoes the Environmental Protection Agency Climate Change Department head, stating that businesses must create not only economical but also conservational value for the country.

“It matters not what sector we represent or what country we operate in – there is only one planet; thus we must be ecological not because of EU directives, but for our future. I believe that the time has come to not only speak of it declaratively but also act responsibly. I am certain that by uniting views and capacities, business and its representatives could achieve far more in terms of environmental conservation. We are not planning to stop and hope that every year thanks to our company group’s close cooperation, the contribution to environmental conservation will continue growing,” R. Viršilas says.

Carlsberg Group companies, including the Švyturys-Utenos Alus brewery operating in Utena, have for some time now operated based on the Together Towards Zero sustainability programme strategy. Following it, a commitment is made to reduce all the group’s breweries’ CO2 emissions to zero over the decade and the CO2 footprint across the entire value chain – by 30%.

Other than neutralising CO2 emissions, Utena brewery is also actively caring for and investing in all branches of environmental conservation, this including reductions in plastic usage (over the last year alone, plastic usage was reduced by 130 tonnes) and water usage problems.

The Carlsberg Group, 2019 operations report, revealed significant changes – just over last year, the relative CO2 emission quantities were reduced by 13%, while the relative amount of electrical power, which is obtained from renewable energy sources, increased by 10%. Furthermore, two breweries, Utena brewery among them, as well as 3 wastewater cleaning plants, were declared CO2 neutral, granting them the carbon-neutral status.