Vilnius, the capital of Lithuania, presents a tourism marketing campaign for Christmas to increase the city’s visibility as, when asked, some people still do not know where it is. The campaign, which complements a former fantasy-themed campaign “Vilnius: Amazing Wherever You Think It Is,” plays with the so-called city’s obscurity among more frequented cities, at the same time highlighting the most alluring places in the capital for a Christmas trip.
Source: 15min 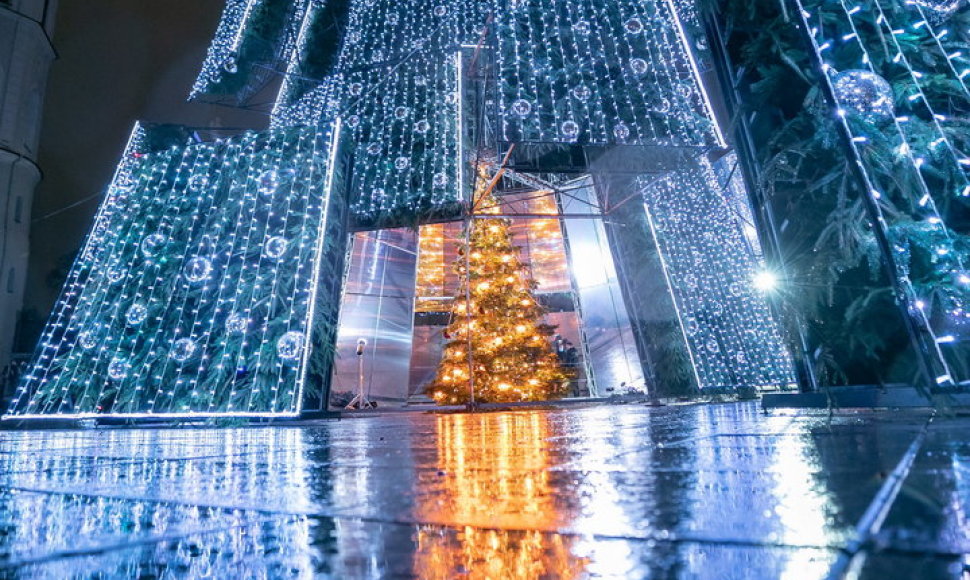 The capital of Lithuania is no stranger to making bold statements with its most famous tourism campaign “The G-spot of Europe” sweeping over Europe a few years ago. Likewise, another campaign “Vilnius: Amazing Wherever You Think It Is” received international recognition at “City Nation Place Awards 2020” as the best communications strategy.

Following the global recognition of previous campaigns, Vilnius is ready to once again boost its visibility with a remake of the Christmas classic “Merry Christmas” and a cheeky tourism marketing video. Both the song and the video are a part of the Christmas campaign “Christmas in Vilnius: Amazing, Wherever You Think It Is” by Vilnius City and Go Vilnius, the official tourism and business development agency of Vilnius. Launched today, October 20th, the campaign beacons foreign visitors to discover the charms of the Lithuanian capital during the holiday season.

The campaign drew the inspiration from “Where Is Vilnius?” website where visitors were asked to indicate the location of Vilnius. The answers were generated into a heat map, displaying that Vilnius is mostly considered to be in Finland, Romania, and even Kazakhstan. A similar experiment was also conducted in Berlin last year where people on the streets were asked if they knew where Vilnius was. As it turned out, the passers-by located Vilnius all over Europe—in Italy, Austria, Sweden—and even South America. Now the updated campaign website once again invites visitors to take a guess as to the location of Vilnius, and find out the best ways to explore Vilnius during the holidays.

As a playful way to acknowledge the so-called city’s obscurity, the new Christmas campaign video features Vilnius municipal choir Jauna Muzika singing out “It’s Sweden, no it’s not Sweden” to the soundtrack of “Merry Christmas,” chosen for its long-lasting popularity across the world. The new lyrics playfully suggest that, although Vilnius is not in Sweden, France, Germany, or a number of other top-visited countries, it is definitely worth a second thought.

The camera also spans around the urban landscape, showing the most defining aspects of the city. For instance, hot-air balloon flocks hover in the skyline, as Vilnius is the only European capital to allow regular hot-air balloon rides over it. The last shot of the video revolves around Vilnius TV tower—the tallest building in the entire country (326.5 m) with a restaurant 180 m above the ground.

According to Inga Romanovskienė, Director at Go Vilnius, the campaign is an extension of their former campaign “Vilnius: Amazing Wherever You Think It Is,” which spun the so-called city’s obscurity into a tool for attracting more visitors. The current campaign, similarly, shows the potential guests that this Christmas season in Vilnius is bound to leave an impression, wherever the city might be.

“Like every year, Vilnius will transform into a winter wonderland for the delight of all the guests and residents,” said Romanovskienė. “Although sometimes there’s still some confusion among foreigners over where Vilnius actually is, our campaign endeavours to show that, all confusion aside, our capital has some tricks up its sleeve to make Christmas a truly memorable experience.”

When it comes to the Christmas season, the capital goes all in: its Christmas trees wow Europe each year, while last year the city organized an initiative where residents could preserve their potted holiday trees and later plant them in a freshly created Christmas Forest.

This holiday season, Vilnius will light up its Christmas Tree on November 27th. The holiday celebrations in the capital are usually accompanied by the Christmas Tree, surrounded by a Christmas fair with artisanal stalls, a Christmas Tree unveiling event, activities for the whole family, such as a 3D fairy tale displayed in the Cathedral square, and far-out decorations. Although the global pandemic might still prevent some visitors from experiencing Christmas in Vilnius this year, travellers are also welcome to come to Vilnius for the next holiday season, which is bound to be just as amazing.

VIDEO: Christmas in Vilnius: Amazing Wherever You Think It Is 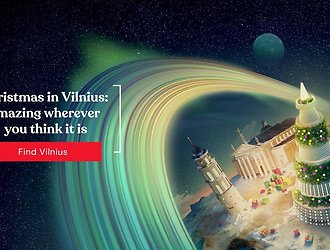 Christmas in Vilnius: Amazing Wherever You Think It Is