A group of Lithuanian MPs have proposed a law, saying that criticism of homosexuality and claims that homosexuals should change their sexual orientation be not construed as discrimination or hate speech.
Source: BNS 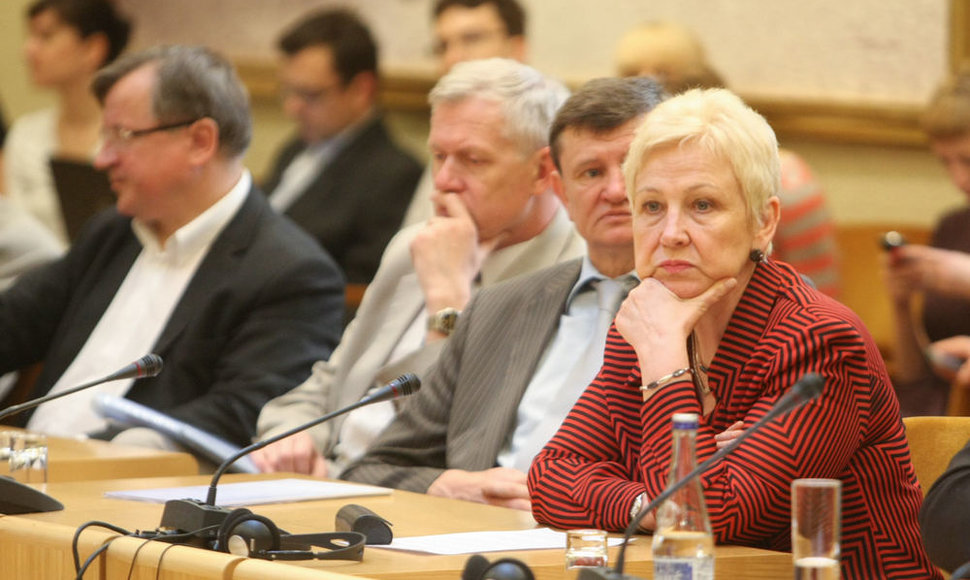 The MPs suggest amending the Penal Code with a provision that "criticism or discussion of sexual behavior and sexual practices, convictions, or opinions as well as attempts to convince to change such behaviors, practices, convictions, and opinions is not, in itself, to be seen as mockery, stigmatization, incitement of hatred, discrimination or incitement to discriminate."

The amendment was registered at the Lithuanian Seimas by MPs Irena Degutienė, Rytas Kupčinskas, Vytautas Juozapaitis of the conservative Homeland Union, Dangutė Mikutienė, Gediminas Jakavonis of the Labor Party, social democrat Edvardas Žakaris, liberal Eugenijus Getntvilas, Jaroslav Narkevič of the Electoral Action of Poles, and Algirdas Patackas of the Path of Courage Party.

The authors say the amendment was suggested by NGOs concerned that "criticism of or observations about sexual orientation not be identified with discrimination, mockery, incitement of hatred, offense, or smear."

"In recent years, there has been an increasing number of criminal lawsuits under Article 170 of the Penal Code for any negative comments about a group of people or its members," the MPs claim in the bill's explanatory note.

Article 170 of the Penal Code defines penalties for people who publicly mock, stigmatize, incite hatred or discrimination against a group of people or a member thereof on the basis of gender, sexual orientation, race, nationality, language, origin, social status, religion, convictions, or beliefs.

According to the MPs, the amendment to the Penal Code would protect the constitutional right of citizens to hold and freely express their convictions.