Rytis Ignatavičius. Technology is changing furniture production sector: what knowledge and skills are the key requirements for successful career? 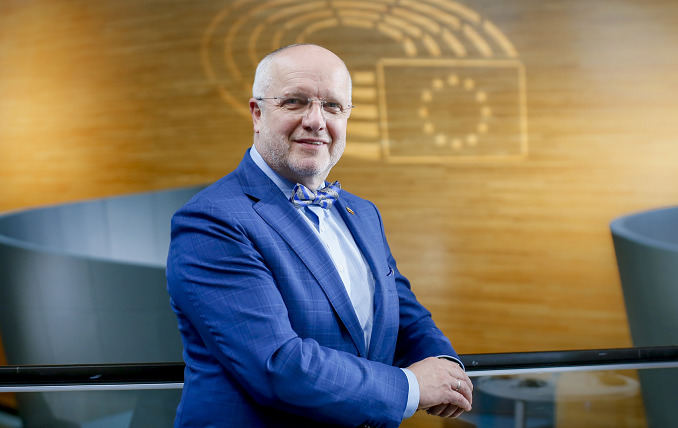 The European Commission’s proposal is a victory for the Progressive Alliance of Socialists and Democrats, and a part of the European social agenda. Fair minimum wages were the main electoral campaign demand by the Socialist Party in 2019, which it aims to implement, and based on the work of Commissioner N. Schmit, the left-wing political family has come together in seeking to create an effective minimum wage system and robust collective negotiations.

“It is now time in Europe to employ all measures to ensure an equally just European quality of life. A fair minimum wage that matches the realities of life is an important part of this goal,” MEP Juozas Olekas says.

Member states are also asked to ensure proportionate and justified minimum monthly wage fluctuations and use of payments, as well as the effective participation of social partners in establishing and renewing legislatively outlined minimum wages.

In J. Olekas’ letter to Commissioner N. Schmit, the MEP inquires whether the Commission will seek to heed the request of trade unions for all companies “refusing to negotiate with their staff or implement collective agreements to be barred from being granted state contracts, CAP payments, allocations and other financial support.”

The claim is made that this condition would help not only reduce competition at the expense of employees when aiming to offer the lowest price but would also contribute to strengthening social dialogue, ensuring higher quality and more active negotiations on working conditions.

“In some European countries, particularly in the East, social dialogue is viewed as weak and the scope of collective negotiations is small. These aspects are held to be directly tied to lower wages and poorer working conditions. With this in mind, trade unions in Lithuania as well say that this requirement would mean a major advance toward quality social dialogue and more active collective negotiations, particularly in the private sector, which is viewed as more problematic,” MEP J. Olekas says.

In his letter to the European Commission, the MEP also requests for clarification of the Commission’s plans on freely hired on non-traditional labour form employees’ social security. J. Olekas asks Commissioner N. Schmit to clarify whether the new initiative will ensure that those working in these areas will also receive minimum wages, with adequate working conditions being ensured and social security being offered.

“We are interested in what criteria could be used to aid these employees. If the Commission is not planning to help those working in these professions, questions arise for me as to how the European Pillar of Social Rights is to be implemented, given the knowledge that non-standard forms of labour are often linked to greater instability, poorer working conditions and lower wages,” J. Olekas says.