Social enterprises in Lithuania: supported, but still not clearly defined 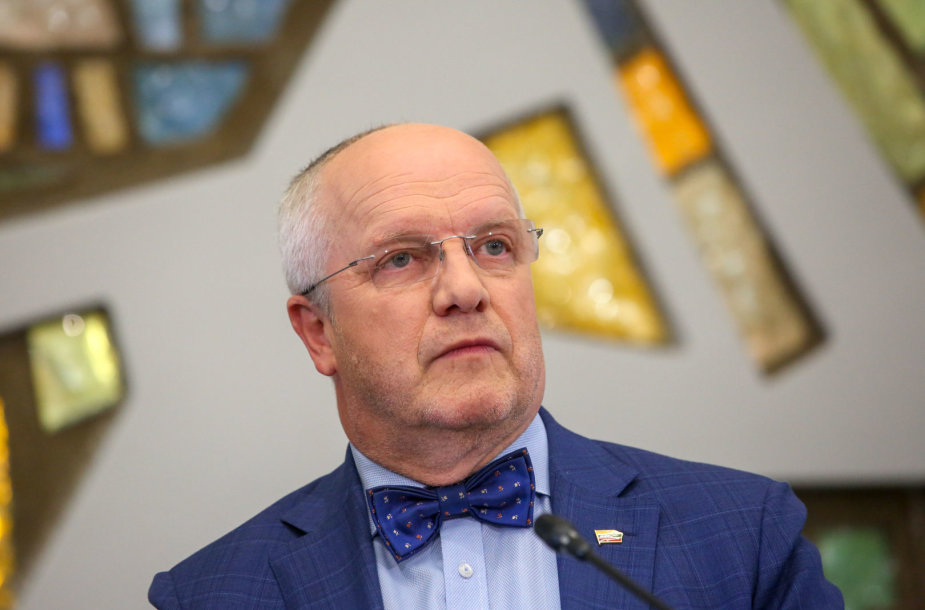 The new European Commission term began not only with vast challenges to tackle climate change but also with ambitions to manage digitisation and handle other long time social and healthcare challenges. Over the past half a year, the COVID-19 pandemic has presented new challenges, with an economic, social and, most importantly, healthcare crisis hitting Europe as well.

During her annual report, the EC president stated that during the crisis, the EU not only continued with the goals that had already been set but also dealt with the challenges posed by the pandemic.

“The annual report and the Commission’s future ambitions came as a truly pleasant surprise. Personally, I am glad that our requests were also heeded, particularly with strengthening the EU’s competencies in healthcare policy, but also implementing an EU minimum wage scheme already next year. The Commission president expressed hope that the European Parliament would demand the return of the healthcare fund to the Multi-Annual Financial Framework, after the European Council has removed it from the agreement.

COVID-19 revealed that pandemics, infectious diseases and overall healthcare mind no borders. We must understand that with the opening of borders and the creation of the European Union project, automatically, certain areas emerged where member states are unable to operate on their own to the fullest extent. COVID-19 served to show yet again that some member states are more and others less prepared to withstand the challenges that pose threats to our citizens’ health and lives. The European Union’s intercession and actions were of vital importance. Reinforcing the EU’s competencies in forming and implementing healthcare policy have been under discussion for a long time, and I am glad that today the Commission president confirmed her support for this idea. She emphasised that strengthening the EU’s competencies in the healthcare domain should be one of the core discussions in the Conference on the Future of Europe,” MEP J. Olekas states.

During the planned Conference on the Future of Europe, it is expected that EU reform projects and potential changes to its agreement will be discussed.

Von der Leyen also dedicated significant attention to the creation of an EU minimum wage scheme. “Every individual must have the opportunity to receive a minimum wage,” the Commission president, who had previously also been the German Federal Minister of Labour and Social Affairs, said, “The minimum wage is effective and the time has come to pay for people’s work.”

“Decades-spanning discussions on a minimum wage standard across the European Union have never gone silent. True, the idea’s critics always brought up that this practice is impossible to implement due to existing EU agreements. However, the 2008 financial crisis and the aid mechanisms created as a result have shown the EU that these practices are possible even under the framework of the existing agreements. The idea of minimum wage no longer needs defending, Lithuania could set a positive example because not all EU member states have minimum wages. Unrestricted wage setting can often leave people living in conditions which are beneath the poverty line. Also, this bars the way for equal opportunities for fair competition on the European Union market, where companies paying decent and fair wages face numerous problems as they struggle to compete on the market. I am glad that the Commission has pledged to take action already next year,” J. Olekas of the Social Democrats applauded.

However, the MEP also expressed concern over a lack of attention to agricultural policy, with it receiving no mention in the annual report. While the European Council agreement on the Multi-Annual Financial Framework saw member state leaders finally come to terms on equalising direct grants to EU farmers, J. Olekas believes this is not enough.

“Agriculture and farmers have been and remain a core driver of the daily lives of EU citizens. Food and products created in this sector are healthy and locally produced thanks to solely the daily work of our farmers. Direct grants, which are markedly different in Lithuania to other EU countries, must be equalised and Lithuanian farmers must be afforded the same conditions as farmers in other EU member states. It is disappointing that the Commission’s president did not dedicate enough attention to this problem in her address,” J. Olekas states.

During the address, the Commission president also presented the situation in the foreign policy domain, strongly condemning Russian actions, emphasising the European Union’s support for the Belarussian people and warning regarding the potential termination of the withdrawal agreement by the UK and the potential consequences of this.

Von der Leyen also dedicated time to the human rights situation in the European Union, emphasising that there can be no exemptions to hate crimes in any EU member state and promised to take relevant strategic measures in the coming year. The topic of immigrating political refugees was also touched upon; the Commission president emphasised once again that responsibility for aiding migrants must be shared by all EU member states.

According to the MEP, the annual report about the state of the European Union, fortunately, reflects many priorities of the Progressive Alliance of Socialists and Democrats in the European Parliament: “While this European Parliament has been working for only one year, I am glad that European Union institutions are working while firmly pursuing social democratic values, which can be clearly noted in this annual report. In order to recover after COVID-19, a social Europe is more necessary than ever before,” MEP J. Olekas said.