On Tuesday, the situation at the Belarus border and the smuggling of migrants by Belarus were discussed in the European Parliament's (EP) Committee on Civil Liberties, Justice and Home Affairs by the Head of the European Commission's Directorate-General for Migration and Home Affairs, Monique Pariat, and the MEPs who attended the meeting.
Source: 15min 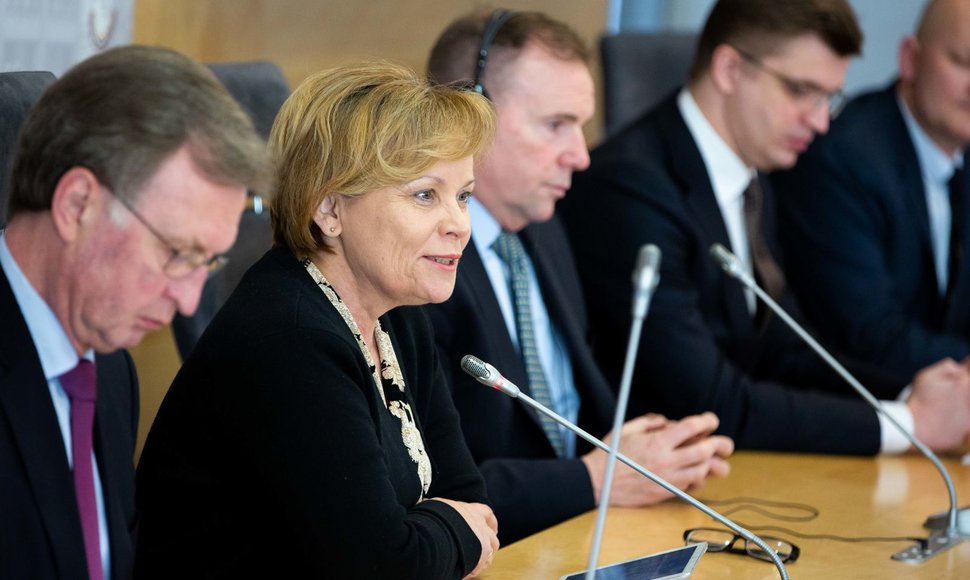 "The situation is getting worse by the day, and recently there has been a great deal of anxiety, tension and escalation. In the beginning, people were coming in small groups; now they are coming in much larger groups. It is clear that Belarus is pushing large groups of people towards the Polish border and exerting pressure there," said Pariat.

She noted that the migrants are accompanied by Belarusian officials who are using tools to prevent them from returning to Belarus.

According to the official, it is clear that Belarus is exploiting the presence of migrants who arriving in Minsk on tourist visas. Most of the migrants, she says, are Iraqis.

Ms Pariat Parija recalled the action taken by the European Commission against this smuggling of migrants and exploitation of vulnerable people by Belarus.

"We have adopted a sanctions regime, and the next package of sanctions is ready to be discussed on Wednesday in the EU's Permanent Representatives Committee (COREPER)," she told the Committee.

She said that the sanctions will target those carrying out this exploitation of the migrants.

On Tuesday, the EU also suspended the issuance of facilitated visas to officials of the Belarusian regime, and Pariat stressed that the key objective is to stop the regime's smuggling of migrants into Belarus.

"This is why we are carrying out monitoring and dialogue with EU delegations in the countries concerned, including an information campaign to inform potential migrants that instead of the country of their dreams, they will end up in the marshes on the Polish border," said Ms Pariat.

Pariat also said that the Commission is working with the relevant organisations on how to prevent a humanitarian crisis developing between the Polish and Belarusian borders.

According to Polish data, some 2,000 migrants have gathered at the border with Belarus in recent days. About 12,000 Polish troops are deployed at the Polish-Belarusian border to assist the officers guarding it.

To date, she said, 7,935 migrants are known to have entered the European Union from Belarus.

Poland has declared a state of emergency over the situation, as did the Lithuanian Parliament on Tuesday.

MEP Rasa Juknevičienė, who spoke at the meeting, stressed the need for a clear plan to deal with the situation as well as the hybrid attack by Belarus on the European Union.

"We need to treat this as a crime committed by the state, and not just by people smugglers. These crimes must have specific definitions in national codes and international conventions. This practice must be stopped," the MEP said as she presented the situation in Lithuania, and the decision taken by the Lithuanian Parliament to introduce a state of emergency.

"The situation at the the EU's external border clearly shows that EU law needs to be adapted to the new reality. We also need to step up pressure on the regime and the response to its actions. Otherwise, we will have similar problems with regimes in other countries if we do not prevent it now," Juknevičienė stressed.

She noted that this migration route is not natural, but artificial. Moreover, according to Ms Juknevičienė, the Kremlin has Lukashenko’s back, as shown by Russian Foreign Minister Lavrov's suggestions that the European Union should pay Belarus to prevent migrants from leaving the country for the EU.