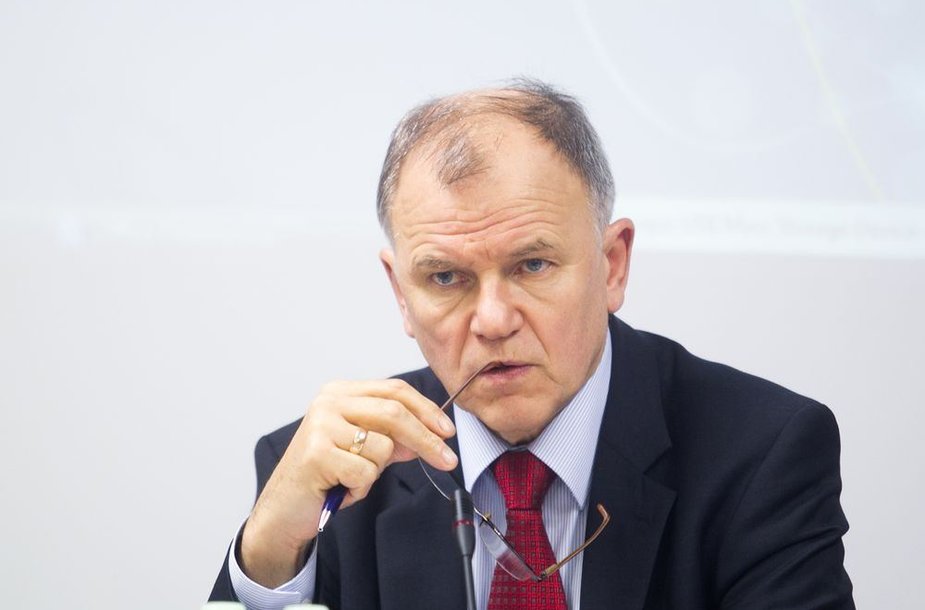 At least 29 members of the Seimas have to sign an interpellation against a minister, demanding to explain motives for a decision.

Upon receipt of an interpellation, a Cabinet member has two weeks to submit a written response to the Seimas (parliament). In the event that the reply of the minister is recognized as inadequate and non-confidence in minister is declared in a draft resolution of the Seimas, the draft may be adopted by a majority vote of more than a half of all the MPs. If the resolution is adopted, the minister has to resign.

Actions by Minister of Health Andriukaitis are raising concern, Vytautas Gapšys, leader of the coalition partner Labor Party (laborists), says. But he could not say whether the party would back an interpellation against the minister.

"Andriukaitis' actions have raised a lot of concern among the opposition and the ruling parties," Gapšys told BNS on Wednesday.

In his words, the Labor Party's political group in the Seimas has already received the interpellation text and will decide whether to back this move.

"We'll read the text and we'll see, we'll discuss it. We'll see what the minister's answers are," the Labor Party leader said.

Meanwhile, Labor MP Dangutė Mikutienė, chairwoman of the Seimas Committee on Health Affairs, told BNS the work of the opposition is to initiate interpellations and the ruling parties will evaluate their reproaches.

She refused to comment as to whether Andriukaitis should continue serving as health minister.

Opportunity to give answers

Lithuanian Minister of Health Vytenis Povilas Andriukaitis says that the interpellation against him would be a great opportunity to provide answers.

"I would be really glad about an interpellation. I honestly say I would want it. I want to invite every opponent to a discussion. And if I get such a great opportunity to get the right to mount the rostrum, I will be happy," he told a press conference on Wednesday.