After Tuesdays' hearing, the Lithuanian Parliament voted in favor of the constitutional amendment bill saying that family can only be based on marriage or parenthood. After a heated debate, 62 MPs voted yes for amending the Constitution, 13 voted against, while another 13 abstained. 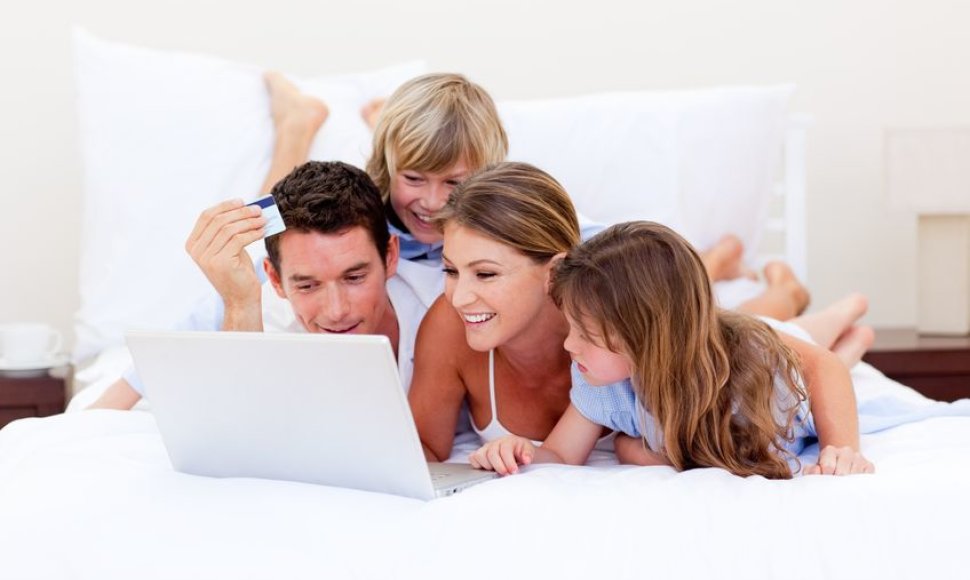 In May, the Parliament will hold the first vote on including new family definition provisions into the Constitution. In order for the proposal to pass the initial vote and go on to the next hearing, it must get support from 94 MPs.

On Tuesday, the Parliament voted down a related proposal by a group of social democratic MPs to include a constitutional provision that “all family forms are equal.” The proposal was supported by merely 22 parlamentarians out of 83 present during the hearing in the 141-seat Seimas.

In order to be passed, constitutional amendments must be voted on twice with a break of at least three months in between. The next vote for the bill is scheduled in autumn when it will need to be endorsed by 94 MPs in order to come into effect.

Curtsy to the church

According to the bill, the institution of family only follows from marriage, while marriage is entered into by free consent between a man and a woman. There has been a proposal to supplement the amendment with a formulation that “family also arises from motherhood and fatherhood.”

The formula, however, was hotly criticized in the Parliament. Egidijus Klumbys of Order and Justice Party claimed that the wording did not solve the problem of a baby being born to an unmarried couple or when both parents die leaving, for example, three children: two minors and one adult.

“This is definitely not the formulation I could vote for,” Klumbys said after listing his arguments.

Laimontas Dinius of the Christian parliamentary group insisted that the constitutional amendment is nothing but pre-electoral populist attempt to please the traditionalist electorate, while social democrat Algirdas Sysas dubbed it “the conservatives curtsying to the church.”

“All the inflated talk about concern for the family seems to me nothing but hot air,” he said, adding that during their term, the conservatives had done great harm to families by slashing social benefits and worsening labour conditions.

Another social democrat, Vytenis Povilas Andriukaitis, underlined in his address that the issue was a matter of world-view. “Even the Christian world has varied attitudes towards the sacrament of marriage,” he said.

We would turn into savages

Not all social democrats were against the bill, though. Bronius Bradauskas, for one, dropped a bomb by saying if Lithuania did not enshrine the definition of family in its Constitution, it would turn into a savage tribe.

“I can't help thinking that [unless we pass the amendment] we should return to primal community or live like animals in wilderness; take a herd of deers: one male and 12 females,” Bradauskas said.

According to him, it is “scary” to see unmarried couples having kids. He urged the Parliament to help “the youth return to the path of righteousness.” Social democrat Bradauskas was even more scared of the prospect that calling unmarried couples “family” would be a direct road towards legalizing same-sex marriage and permitting same-sex couples to adopt children.

“I do not understand this propagation of infectious diseases. Laws in all the states prohibit it, but then they hold their parades demonstrating their condition. I do not understand what is happening in the state. The church is the only one that wants to direct us to the path of righteousness,” the social democrat (sic!) said.

Prime Minister Andrius Kubilius, a conservative, said in his comment that he was surprised at politicians turning so vicious when it came to discussing family.

“No one is proposing to ban anything. If people want to live unmarried and have children, they will continue to do so freely, but why should that be called family?” the prime minister said.

Kubilius quoted the example of the Irish Constitution that pledges “to guard with special care the institution of Marriage, on which the Family is founded, and to protect it against attack.” He failed to mention, however, that the Irish themselves were debating on whether to change the 1937 Constitution, deemed by many to be antiquated. The family concept and abortion ban attract particular criticism.

No support for the light-headed

Conservative Mantas Adomėnas stressed that marriage-based family is a European value that should not be undermined. According to Adomėnas, drawing a distinction between marriage and family amounted to experimenting with the foundations of the state.

Adomėnas also admitted that equating the concept of family with marriage would solve problems with social benefits.

Algimantas Dumbrava reiterated the point by saying that the state should not support the “light-headed” who avoid marriage for fear of commitment.

“I can understand people who do not want to base their relationship on marriage. In that case, there is less responsibility and no commitment. Living in marriage is a great responsibility that requires self-sacrifice, mutual understanding, and sometimes even humility. Marriage, based on love, hardens people, makes them more patient, more tolerant,” Dumbrava listed the benefits of marriage.

Liberal Gediminas Navaitis based his comments on his experience as a family psychologist and claimed that married couples were much happier. According to him, two lovers live unmarried either before marriage, or in case one party is more vulnerable financially or psychologically.

He said that the state could not ban all forms of cohabitation, but neither was it obliged to endorse them all. The state can and must select what to support, according to him.

The constitutional amendment linking family to marriage was drafted by 98 MPs after the Constitutional Court ruled last September that the State Family Policy Concept, adopted in 2008, went against the Constitution by suggesting that only married couples could be defined as family.

According to the ruling of the Constitutional Court, family can be formed by other means than marriage, while the form of a relationship has no essential bearing on the constitutional notion of the family.

The current Article 38 of the Lithuanian Constitution stipulates that family is the basis of the society and the state, that the state protects and supports family, motherhood, fatherhood, and childhood, while marriage is entered into by free consent of a man and a woman.