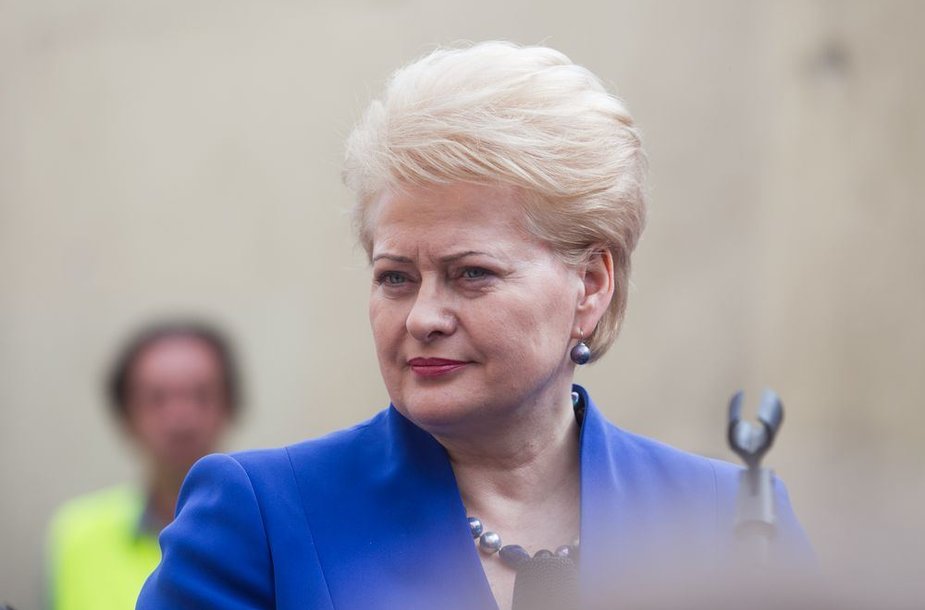 Irmanto Gelūno / 15min nuotr. / Dalia Grybauskaitė
Source: BNS
In her annual report, Lithuanian President Dalia Grybauskaitė lists her achievements as the state leader. Among other things, the report mentions a more transparent system of elections to the Seimas, the judicial reform, the country's energy and financial security as well as more financial EU support to Lithuania.

Over the year, Grybauskaitė has met with 44 foreign ambassadors as well as heads and officials of international organizations during their visits to Lithuania. She has also gone on 26 foreign visits and delivered 67 speeches, the Presidential Office said in a statement on Monday.

Among her major achievements, the president mentions fighting corruption and increasing transparency of the political system. Punishments for bribing voters have been tightened and conditions have been created to prosecute not only individuals but also legal entities as well as organizers. Members of the Central Electoral Commission, delegated by political parties, will no longer take part in the resolution of issues related to electoral violations. The Seimas is also yet to adopt amendments to the Law on Elections to the Seimas to implement the Constitutional Court's ruling suggesting that candidates for Seimas members should be eliminated from elections immediately after a violation is recorded.

A real judicial reform has also started in recent years, the president says, with regional administrative and district court being amalgamated.

"The management of the Special Investigation Services has been replaced and new activity priorities have been set. Special attention is paid to public procurements at municipalities and the distribution of EU financial support as well as fighting corruption in the energy sector," the statement says.

According to the Presidential Office, first steps have been made in the heating business to step up competition. A biofuel exchange has been launched and conditions for providing cheaper gas to an LNG terminal, being built in the Lithuanian port of Klaipėda, have been ensured.

In terms of foreign policy, NATO's Baltic air policing mission has been made permanent as well as NATO defense plans for Lithuania and the Baltic states have been confirmed.

Lithuania has also negotiated more of EU financial support – 44.5 billion litas – from the EU's 20114-2020 budget. Funding for the decommissioning of Ignalina nuclear power plant has not been limited, the Presidential Office notes.

"Lithuania's energy and cyber security priorities have been put on the EU agenda. Energy issues, including the creation of a single EU internal market, the implementation of the Third Package, cooperation with neighbors while ensuring alternative energy resources, are being constantly raised and discussed at European Council meetings. Safety requirements for all nuclear power plants have become an aspiration of not only Lithuania but also the whole EU," the statement says.