On 10 November, during the plenary session of the European Parliament, unplanned discussions were held on the worsening humanitarian crisis at the EU-Belarus border.
Source: 15min 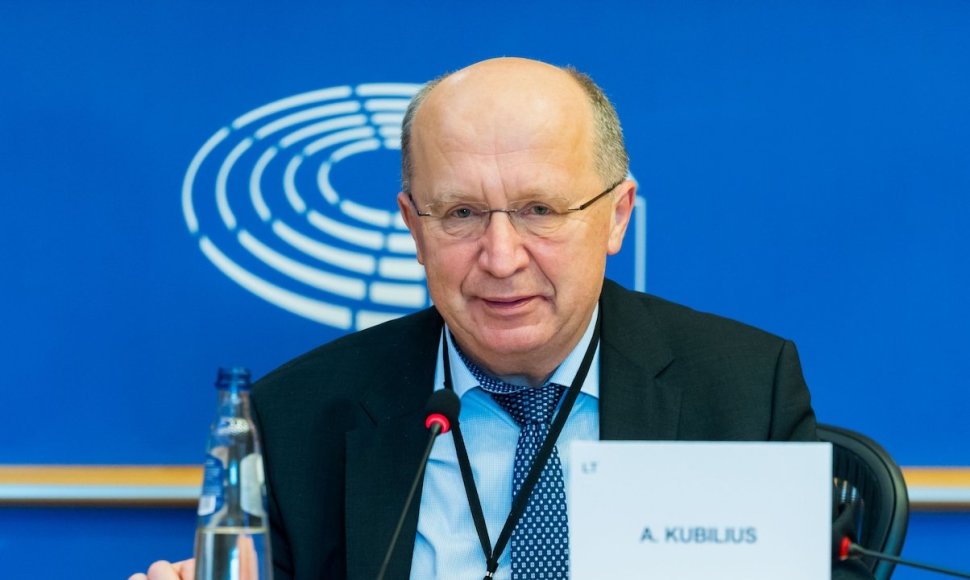 MEP Andrius Kubilius noted during the discussions that the migrant trafficking organised by A. Lukashenko across the EU-Belarus border could transform into a truly dangerous situation and it would be solely A. Lukashenko and V. Putin who would be responsible for it (with the latter supporting and planning Lukashenko’s crimes in Belarus and beyond). The MEP cautions that this escalation is their strategic goal.

He also spoke on what the European Union could do.

“The biggest mistake we could make is to not protect our borders. The EU should first and foremost respond to Lukashenko’s hybrid war by way of clear support for EU border security, including support for installing physical infrastructure, which is essential. Secondly, the EU must immediately halt the transportation of migrants to Belarus, which A. Lukashenko organises, by imposing sanctions on the airlines used for this purpose, as well as Belarusian airports,” A. Kubilius emphasised.

He also reminded that the most important cause for these threats is the A. Lukashenko regime and V. Putin’s support for it. As such, the EU should target both the Lukashenko and Kremlin regimes.

“The European Union must clearly demonstrate that A. Lukashenko’s secret wealth will be promptly seized for his criminal actions and he himself will be subject to international legal proceedings for violations of the United Nations Convention against Transnational Organized Crime and the UN Convention against Torture. V. Putin must be made aware that the EU will impose new sanctions on the Kremlin if it continues to support A. Lukashenko’s crimes,” the MEP said.

According to him, the weakness of democracies and their inability since already last year to effectively respond to A. Lukashenko’s crimes prove to make the regime even more aggressive and prompt it to engage in new international crimes, including migrant trafficking. A. Kubilius emphasised that “we should speak to dictators in the language of tribunals.”