MEPs Andrius Kubilius and Rasa Juknevičienė, from the European Parliament's (EP) Brussels studio, review the week's most important events - Belarus's attack on Lithuania and Poland and the EU's response to it, as well as the Kremlin's escalation of its aggressive policy towards the EU.
Source: 15min 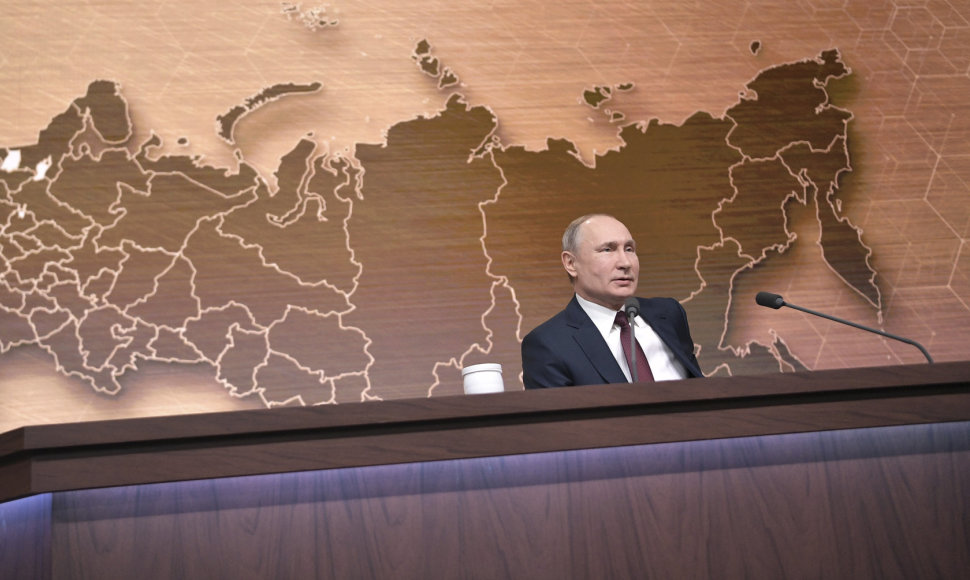 On 10 November, the EP held a debate with several strong speeches, including by Andrius Kubilis. However, Ms Juknevičienė said that she was surprised by the realistic speech of Josep Borel, who gave the impression that he had studied the situation in depth.

"In Lithuania, everybody is asking, what next? How much can the EU help? What does it mean? Who is behind it? We have no doubt that Putin is behind this," Juknevičienė said.

She also praised the leadership of her political group (the European People's Party - EPP), with whom she has had to communicate frequently since she became Vice-President, and their attitude to the situation, their understanding that this is not a simple migrant crisis, but a hybrid attack.

"They speak the same language as we do, the same vocabulary. So that is our job - to convince as many colleagues as possible so that they understand what is really happening," said Ms Juknevičienė.

A. Kubilius said that the European Commission (EC) has identified this as massive smuggling of migrants, organised and sponsored by the state, i.e. Belarus.

The politician said he could identify several aspects.

"The first is the situation on the Polish-Lithuanian border, with refugees being flown to Belarus and what to do about it? How much can the EU contribute and help us? The second thing is where this could escalate further. It has become clear over these days that the Kremlin not only stands behind it, but also beside it. And it is helping to organise it, that is very clear," the MEP said.

He said that this is an attempt to make a mockery of Europe by saying "pay money to Lukashenko like you pay money to the Turks".

He said that this could escalate for the worse on the Russian and Belarusian side, not only in terms of refugees but also in order to create some conflict.

According to Mr Kubilius, the third aspect is that "the EU sometimes sleeps, sleeps, but when it wakes up, it solves the problems on the ground. So here is an opportunity to deal with the problem of the Lukashenko regime in principle. […] This is what was said - let's look at the roots".

On the situation on the border, he said that our Ministry of Foreign Affairs (MFA) and other countries are working hard.

"The fifth package of sanctions, which could be approved by the Foreign Affairs Council as early as Monday, should help to tackle this smuggling of migrants, i.e. sanctions on the airlines that carry them, perhaps also on the airports. This can be done. Although there is talk that the EU will not fund border protection infrastructure or fences, I see signs that things are changing. There is growing concern and understanding when a country like Belarus is organising such a flow of smuggled migrants," said Mr Kubilius.

He said that "things are moving in the right direction, and it is to be expected that all steps will be taken to control and manage the situation."

The politician also wondered what Lukashenko and Putin would do next.

"The fact that Putin is sending bombers and fighter jets, is open to speculation on what will happen next. I said in the leadership of the group that we have to see the bigger picture and the fact that Putin or the Kremlin are ready for a wider escalation, we have to see this as a real threat. What we have seen recently is that the Kremlin is creating crises for various reasons. Maybe it is because Angela Merkel is no longer there or because her term is coming to an end and the new German government has not yet been formed, has not been tested. So we can see a whole series of crises that the Kremlin is trying to create and escalate. One of which is what we were saying about refugees. The second is what US intelligence is warning about, which is the build-up of the Russian army on the Ukrainian borders, which is very close to the Belarusian border with the European Union and the Ukrainian border. The third thing is that the Kremlin has managed to create an energy crisis throughout the EU. This is the overall context that needs to be seen," said Mr Kubilius.

Paradoxically, the MEP said, Lukashenko has managed to "unite" the whole of Europe.

"The first time was when they suppressed demonstrators, the second when they hijacked a Ryanair plane, and the third now. The third time could be the last, and Europe should take full action. I ended my speech yesterday with the simple words that dictators need to be spoken to in the language of the tribunals, that is to say, they need to take the initiative to bring Lukashenko back, or at least to open tribunal investigations, both on the smuggling of migrants, where all the Conventions are being broken, and on the torture of human beings in Belarus itself. Similarly, what the West could do is step in and seize his personal secret assets in the United Arab Emirates or somewhere else."

R. Juknevičienė reminded me that on the day of the recording, Poland was celebrating Independence Day. According to the politician, one of the reasons why Belarus targeted Poland could be the political situation in Poland itself and the current Polish government's relations with the EU.

"It was very good to see the unanimous adoption by the Parliament of the Republic of Poland on Tuesday of the law on the introduction of the State of Emergency. It is such a strong tool, a strong signal to the EU and others that all political forces, both opposition and ruling, adopted this decision with one voice. When Poland took a similar decision, the entire opposition shouted against it, carried the message here, and everyone condemned Poland for imposing the State of Emergency. It is clear that the Polish government finds it difficult to control such things. But also within Poland itself, the relationship with the EU is a very debilitating factor in this situation. Both Lukashenko and Putin see this very clearly and are making the most of every opportunity," the MEP reflected.

The politicians discussed how the disagreements between Poland's numerous representatives in the EP sometimes appear to be a big deal and how the rostrum is used for internal interpretation of relations. By creating a left-wing wave here that everything Poland does to protect the border is bad, it makes Lithuanians look bad at the same time. According to the left, you cannot use instruments of reversal and you cannot build fences, so how can you defend the EU's borders, the parliamentarians asked rhetorically in the debate. As Polish politicians explain their relations to each other, Lukashenko seems to be on the sidelines.

R. Juknevičienė shared a sad parable that listening to these disagreements, one thinks of the 1795 division of the Republic of the Two Nations. Back then, everyone was so divided internally that external forces had no choice but to divide the country.