Nose-related plastic surgery: when is it performed and what to expect 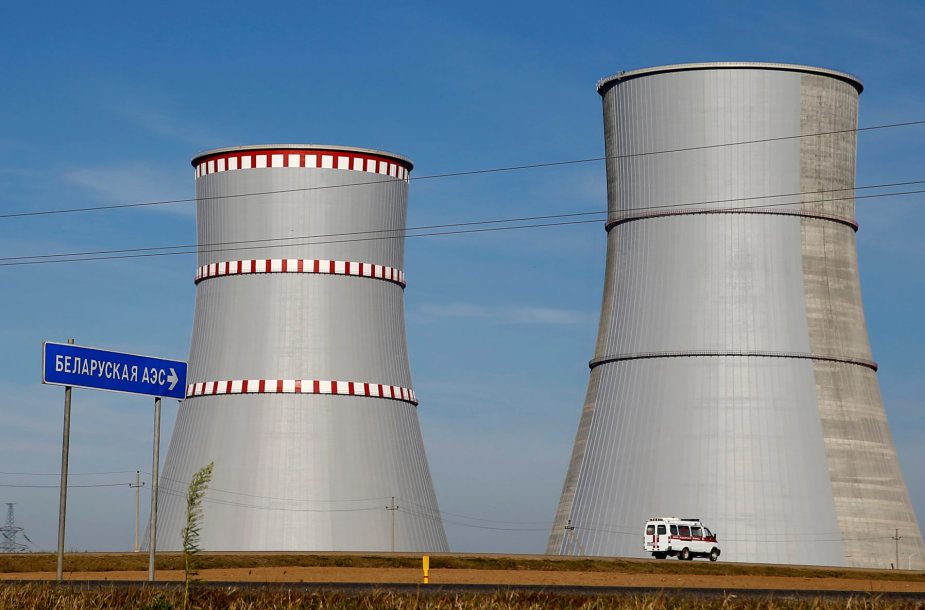 Members of the Movement against the Astravyets Nuclear Power Plant (NPP) under construction in Belarus say that the coronavirus crisis must not play down the safety problems of the nuclear power plant, which is being built in the vicinity of Lithuania. In fact, they must be raised at the highest national and EU levels.

The Movement proposes that a new anti-Astravyets NPP law should be included in the list of constitutional laws bearing special significance for the Lithuanian legal framework. It also proposes that Lithuania should withdraw from the Vienna Convention.

At Wednesday’s press conference in the Seimas, Petras Auštrevičius, Chairman of the Board of the Movement and Member of the European Parliament, said that ‘those who want to reach Brussels’ ears do so, thus giving input to conclusions. In other words, it is indeed unjustifiable to hide behind the pandemic and say that, look, we have more important things to do and that we are not in a position to consolidate our solidarity on the Astravyets issue in a joint EU position. It is never too late, and the agenda is never too busy for us not to raise the issue of Astravyets in the way we have suggested, namely, by relying on EU-wide solidarity once a decision is taken in Vilnius.’

According to Mr Auštrevičius, only true European solidarity can stop the Astravyets NPP project. It is therefore necessary to seek a common EU position and ensure that a dialogue with Belarus is pursued under scenarios other than those of Alexander Lukashenko because the statements of the Belarussian President give us no guarantees whatsoever.

‘Halting the development of the nuclear facility followed by its subsequent closure and relocation remain the basic principles of the Movement against the Astravyets Nuclear Power Plant,’ said Mr Auštrevičius.

The initiators call for a range of new legal and diplomatic measures to draw the attention of the international community to the power plant under construction and risks pertaining to it.

‘Bearing in mind that constitutional laws falling between the Constitution and ordinary laws are treated as having exceptional status in the Lithuanian legal framework, the Movement proposes that a new anti-Astravyets law should be included in the list of constitutional laws. This would serve as a means of sending, once again, a message to the world, to our neighbours, and, primarily, to ourselves that our fight against the Astravyets NPP is not short-lived,’ said Dr Herkus Gabartas, Partnership Professor at Mykolas Romeris University.

One of the proposals for Lithuania is to withdraw from the Vienna Convention. A response from the Lithuanian authorities is still pending.

Prof Vytautas Landsbergis, Honorary Chairman of the Movement against the Astravyets NPP, stated that Lithuania’s participation in the Convention was the same as making a mockery of our country, as Lithuania would be denied any proper compensation in the event of a nuclear accident.

‘Although nuclear damage represents a real risk, we have accepted only a minuscule amount of compensation if need be. The withdrawal from the Convention would permit us to make demands in the event of a disaster. In the meantime, however, we are in no position to press any demands, since we have already consented to this by ratifying the Convention. We would get next to nothing for our destruction but we most meekly accept this. That is why we must get out of this wretched convention (...). What are we getting out of? We are getting out of a crappy situation. And we do need to get out of all that insidious crap that has been foisted upon us,’ Prof Landsbergis said.

On Tuesday, the Seimas failed to approve the draft resolution on energy independence and the threat posed by the Astravyets nuclear power plant’ thus refusing to commit the Government to redouble its efforts in preventing the electricity generated in the nuclear power plant under construction in Belarus from accessing Lithuania.

According to Žygimantas Pavilionis from the Conservative party, this document would have shown the world that Lithuania did not intend to give up its position on the safety of the Astravyets NPP.