Plaque to Jonas Noreika placed at the Vrublevskiai Library

While on Thursday evening there was a protest at the Presidential Palace by individuals angered by the capital’s mayor deciding to remove the commemorative plaque to Jonas Noreika, a new plaque commemorating General Vėtra was placed on the wall of the Vrublevskiai Library. Lietuva was being chanted as the plaque was unveiled. This was done by Angelė Jakavonytė, the daughter of partisan Juozas Jakavonis – Tigras [Tiger]. She told 15min that youths are prepared to protect the plaque, so that it would not be removed again.
Violeta Grigaliūnaitė, Lauryna Vireliūnaitė
Source: 15min 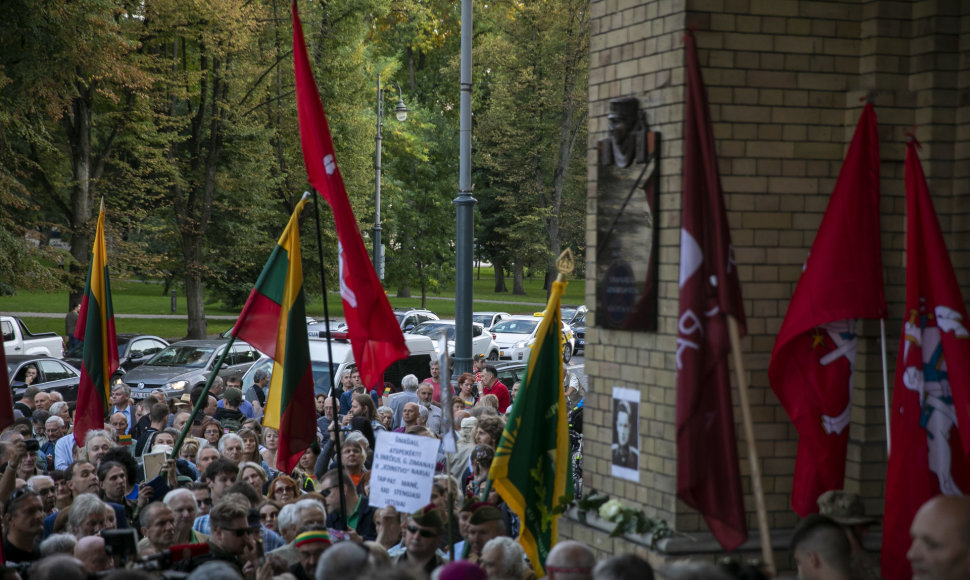