Polish party: It's sad that Lithuanian president considers us threat 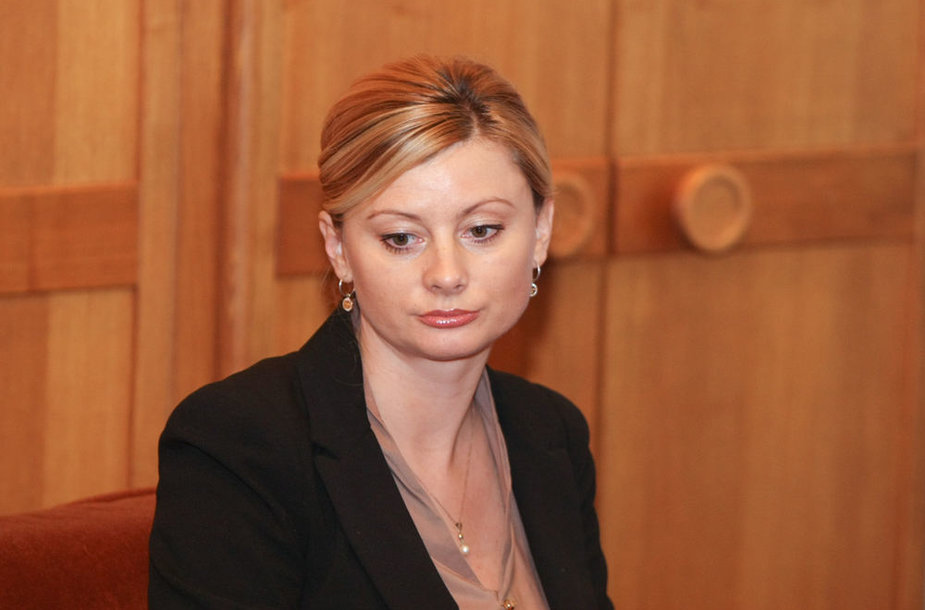 Rita Tamašunienė, leader of the Electoral Action of Poles' group in the Lithuanian parliament, says she was saddened by President Dalia Grybauskaitė's criticism in her recent State of the Nation Address of the government's decision to facilitate the state Lithuanian language exam for ethnic minority graduates.

"It really saddens me that the president believes we are some threat to the state language. Threats should be seen in totally different things. There are many families, young families who emigrate, and in fact although the president underlined that emigrants are coming back, perhaps some of them, but we see empty village houses, the emigration wave was very big, and young families who went abroad to work cannot raise their children using the Lithuanian language. So this is the real threat, and one should think of what could be done for Lithuania as a state, done in this direction for Lithuanians who now live all over the world to be able to speak Lithuanian after they return," the MP told BNS.

According to Tamašunienė, both Lithuanians and Lithuanian Poles have the right to preserve their mother tongue.

"The president also underlined in her address that we need to preserve, love, and cherish our mother tongue. So we understood that we all have equal rights to preserve that mother tongue. As everyone is born and raised in the families and their language is what their parents teach them and what they hear from the day of birth," she said.

The Polish party also said in the statement after the president's annual address that the president's statements about the Lithuanian language and ethnic minorities "are inaccurate and illogical."

"Ethnic minorities are not the ones who pose threat to the Lithuanian language, but the fact that during the time the Conservatives (the Homeland Union–Lithuanian Christian Democrats – BNS), the president supported so much, were in power, half a million people left Lithuania, and their children have either limited or no opportunities to learn the Lithuanian language. First of all, efforts should be made for Lithuanians not to leave their Homeland, and not to direct arrows of criticism at ethnic minorities," the Electoral Action of Poles says.

"President Grybauskaitė should be aware of the fact that Lithuanian schools in Poland are being closed by Punsk Gmina (Municipality – BNS) and its mayor, who is of Lithuanian ethnicity, therefore, the president's statement on this issue could be considered a provocation. It is regrettable that advisers produce speeches for the president that do nothing for national unity," the party said in the statement.

Commenting on Grybauskaitė's annual address, Polish Prime Minister Donald Tusk told the Polish Press Agency that Lithuanian-Polish relations are in a more complicated phase than during his first term in office.

"Obviously, these complications are, first of all, the result of the situation of Lithuanian Poles. On the one hand, wishes of the Polish minority are reasonable. On the other hand, there's Lithuanian authorities' inability sometimes and sometimes reluctance to fulfill them," he said.

"It's also absolutely clear to me that Poles living in Lithuania have to be loyal citizens of Lithuania. But we'll expect more understanding from Lithuanian authorities of the needs of Poles living there as the majority of their wishes are not the expression of extravagance and should attract more attention than they have done so far," the Polish prime minister said.

The Lithuanian president said in her State of the Nation Address before the Seimas on Tuesday that "the Lithuanian language is becoming a hostage of political agreements made by the governing coalition."

"The controversial Lithuanian language exam has started to generate other demands that divide the country. While at the same time, Lithuanian schools are being closed outside our borders," she said.

In response to demands by the Electoral Action of Poles in Lithuania, a member of the ruling coalition, Minister of Education and Science Dainius Pavalkis signed a decree facilitating the state Lithuanian language exam for ethnic minority school graduates. They can write a shorter essay and make more grammar mistakes.